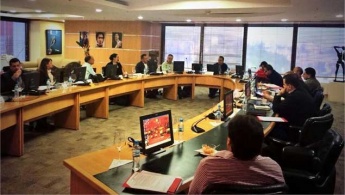 "Venezuela must begin to produce what Venezuela needs," commented Maduro.

The government attributed the new budget, which is more than 30 percent higher than last year´s, to its meticulous planning, and said that it had calculated the budget for 2015 using a conservative estimate of US$60 per barrel of oil to avoid any shortfall.

¨The first thing that any other government would have done in these circumstances would be to announce mass cuts for local governments, but what we have done is prioritize public education, health, and our mission which ensures access to food," he said.