Published on 1 March 2016 by teleSUR English. 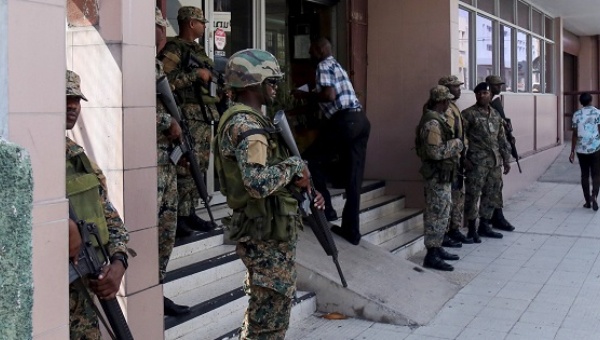 The country’s outgoing and incoming prime ministers are appealing for calm, as recounting continues in an election that saw the Jamaica Labour Party securing an extremely narrow win.

There have been quite a few developments since last Thursday’s surprise win by the Jamaica Labour Party, Feb. 25, removing the People’s National Party, which, under the stewardship of Prime Minister Portia Simpson Miller, had governed the Caribbean country since December 2011.

The election results were close and a number of recounts are taking place in key constituencies. Both outgoing Prime Minister Portia Simpson Miller and incoming Prime Minister Andrew Holness have appealed for calm as the recounting continues.

On election night, a preliminary count of 33 seats to 30 gave the JLP the win. That margin has since narrowed to 32 seats to 31 after a recount in the St. Mary South Eastern Constituency. The JLP says it will file a court order for a magisterial review for that seat. One more constituency remains to be recounted.

On Monday, the Jamaica Defense Force announced it will put more soldiers on the ground in Jamaica, as post-election tensions rise. The statement from the JDF said the additional troops will be deployed from Feb. 29 to March 7.

JDF spokesman Major Basil Jarrett called for a “speedy, safe and peaceful resolution,” to the tensions.

Elections observers from the Caribbean Community and Organization of American States praised the conduct of the general elections and say the results reflect the will of the people.

Although he has not yet been sworn into office, prime minister elect Andrew Holness has started meeting with key officials as he looks ahead. He is expected to meet with International Monetary Fund chiefs over the coming week to discuss Jamaica’s economic program.

Holness has also met with the country’s governor general, Sir Patrick Allen, who represents Queen Elizabeth II on the island, to discuss the transition of government.

The electoral office of Jamaica is expected to update the country Wednesday with the new elections results.