Published on 25 March 2016 by ALTERNET.  (Written by Jake Johnston of the Centre for Economic and Policy Research in Washington DC.) 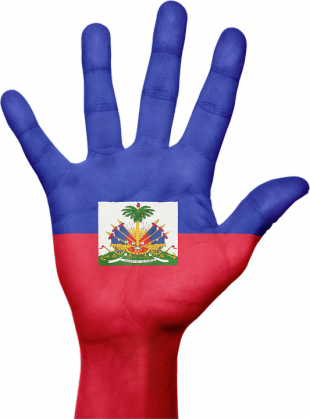 Economic growth is stagnant and millions of Haitians are facing food shortages after a series of droughts in the countryside.

More than a month after his selection as Haiti’s provisional president, Jocelerme Privert finally has a government. His nomination for prime minister, and a 16-member cabinet, was approved by parliament in a marathon session that ended early this morning. It was a necessary first step in getting the delayed electoral process moving again, though no official date has been set. But as the political crisis drags on, international actors are increasing the pressure on the provisional government, reducing aid just as the country needs it most.

Economic growth is stagnant, and millions of Haitians are facing food shortages after a series of droughts in the countryside. With inflation well in the double digits and a local currency that has lost 20 percent of its value in the last six months, many Haitians are scrambling to survive. But, an International Monetary Fund agreement, which could provide funds necessary to stabilize the economy and exchange rate, has stalled. Furthermore, support from the European Union and other donors is contingent upon the IMF agreement, leaving Haiti even worse off.

Newly installed provisional president Jocelerme Privert has warned of an “alarming and catastrophic” economic situation, adding that the state has few resources to respond to the many humanitarian crises still plaguing the country. In a radio interview earlier this month, Privert stated that because of the IMF delays, “all non-humanitarian funding is blocked.”

In an e-mailed statement, the IMF said that disbursements had been delayed because “the political transition in Haiti has taken longer than expected.” The Fund said it hoped the “conditions [for reengaging] can be put into place as soon as possible.” The IMF did not respond when asked if the elections were one of these “conditions.”

A World Bank spokesperson said that existing projects would continue, but that the bank would have to “discuss with our management” before any new programs were approved or new agreements signed. The Inter-American Development Bank rejected Privert’s comments, stating: “neither IMF program evolution nor the current political situation have any impact to date on our support to the country.” However, the IDB added that there would need to be a review of the economic situation in the coming months before 2016 budget support could be released. The IMF program had anticipated $27 million in IDB budget support being released this month. The European Union significantly reduced its budget support last month.

Despite the impacts on the Haitian people, some suggest the reduction is being used as leverage to influence the ongoing political crisis. According to Robert Fatton, a professor at the University of Virginia, this type of financial squeezing is another form of political coercion in order to force the Haitian government and its citizens “into accepting certain political choices that they might otherwise reject.”

Elections were postponed in January after months of protests and calls for an investigation into electoral fraud. Privert was elected by parliament as provisional president for a term of 120 days after former President Michel Martelly’s term ended on February 7. A political accord, signed on Martelly’s way out of office, tentatively set the date for the postponed election for April 24.

International actors have tried to combat the allegations of fraud and calls for a further verification of the results before moving forward. At a U.N. Security Council meeting last week, representatives from the United States and European Union insisted that elections be held within the accord’s timeframe, based on previous results.

But at a recent event in Washington, D.C., Pierre Esperance, the director of a prominent Haitian human rights organization, said there “is not even a 1 percent chance” that the election can be held as scheduled. He warned that a verification “commission must happen, otherwise there will be no election.” Privert has indicated that he would be open to such a commission.

After having pushed for the previously scheduled elections to be held despite mounting opposition, the international community is now ratcheting up the pressure on the provisional government to stick to the tentative electoral calendar and forego a verification of the vote.

Asked by the Miami Herald editorial board if the U.S. would support a verification commission for the election, the U.S. State Department Special Coordinator for Haiti, Kenneth Merten, said that it was not up to the U.S., but added: “people in Haiti will need to make that decision knowing what other things are at stake in Haiti right now … There is an opportunity cost for political machinations.”

The reduction of aid “is a sign that the international community wants neither a prolongation of the electoral process, nor the creation of an independent commission of verification,” Fatton added.

Donors say they are hesitant to work with an unelected provisional government. Kent Brokenshire, the Deputy Special Coordinator for Haiti at the State Department, told a crowded room in Congress earlier this month that the U.S. wanted elections quickly so that there would be a “democratically elected head of state with whom we would be able to deal country to country.” Yet in the past donors have shown no reluctance to working with Haiti’s transitional governments.

In the early 2000s, development assistance to Haiti was curtailed under then-president Jean-Bertrand Aristide, but, after the February 2004 coup and installation of a transitional government, the IMF actually signed a new agreement with the country to help “stabilize the economy and cope with the immediate impact of the [political] conflict.” International actors then held a donor conference a few months later to raise funds for Haiti. The U.S. committed to tripling its aid disbursements.

Many in Haiti also hold the international community at least partially responsible for the current political crisis. After intervening in the 2010 elections that brought Martelly to office, international actors showed unwavering support throughout the Haitian government’s six years in office, despite multiple elections never being held. Then, after deeply marred legislative and first-round elections in 2015, the international community backed the results, urging the process to continue despite local election observers denouncing a “massive fraud.”

When elections in January were cancelled against the wishes of the international community, their ability to directly influence the situation was diminished, but as the crisis drags on new forms of pressure have become apparent. In the meantime, the humanitarian situation worsens. Privert has warned that if nothing is done quickly, some 5 million Haitians, about 50 percent of the population, will face food insecurity in the coming months.

“International assistance has always been ‘political,’ so this is not really new,” Fatton commented. “Dependent countries like Haiti have very limited room to manoeuvre; their sovereignty is always at bay.”