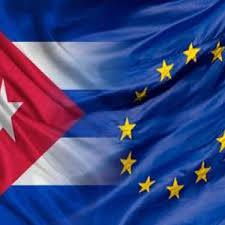 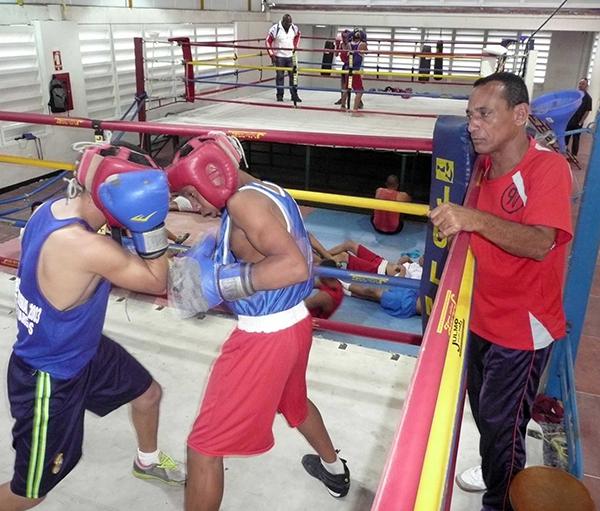 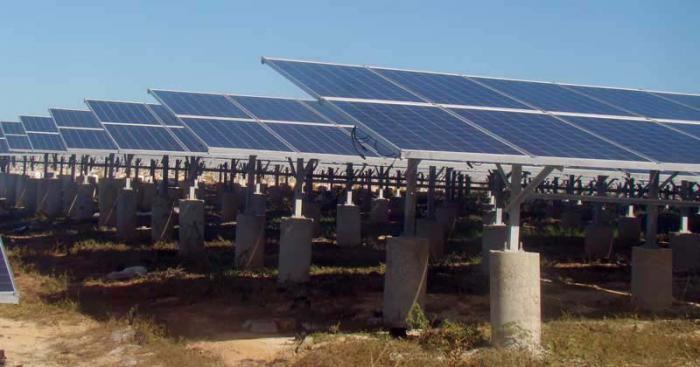 U.S. tractor company to set up shop in Cuba 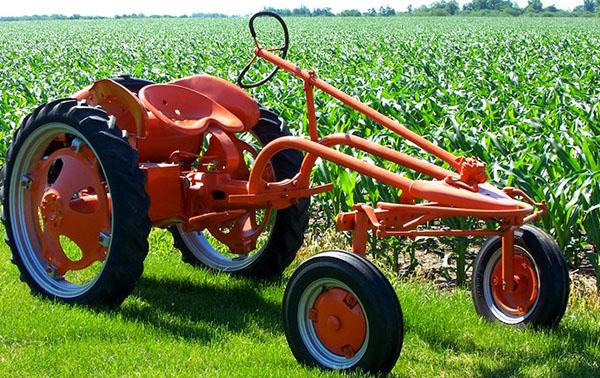 Without even touching Cuba soil, tractors manufactured by the U.S. company Cleber LLC are already making their mark on international public opinion and relations between Washington and Havana.

This small company founded last year by a businessman of Cuban origin, Saul Berenthal, and Horace Clemmons, are looking to lead the way across the Straits of Florida, to set up shop in the Mariel Special Development Zone (ZEDM), Cuba’s most important investment site at this time.

Just recently, Cleber LLC, with headquarters in the state of Alabama, took a step forward, drawing closer to its objective.

The Office of Foreign Assets Control (OFAC), one of the entities which tightly controls U.S. trade with Cuba, awarded the company an unprecedented license to erect a manufacturing plant in the country, to produce up to 1,000 small-sized tractors annually.

Cleber had previously obtained a permit from the Commerce Department, which along with the Treasury are responsible for the implementing executive decisions made by President Obama to modify the application of the blockade, which remains in full force.

US President Obama to visit Cuba 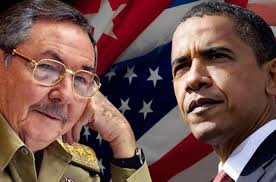 The Cuban Ministry of Foreign Relations Director General for the United States, Josefina Vidal, confirmed during a press conference in Havana this Thursday, February 18, that the President of the United States, Barack Obama, will visit Cuba March 21-22.

The president will be welcomed by the Cuban government and people with the hospitality that characterizes us, Vidal said.

“It will be an opportunity for President Obama to appreciate the Cuban reality and continue to discuss the possibilities of expanding bilateral dialogue and cooperation on issues of mutual interest to the two countries,” she added.

Vidal also noted that the visit marks a further step toward improvement in relations between Cuba and the United States.

The Foreign Ministry official stressed that the normalization of bilateral relations is dependent on the resolution of key outstanding issues, including the lifting of the blockade, and the return to Cuba of the territory illegally occupied by the Guantánamo Naval Base. 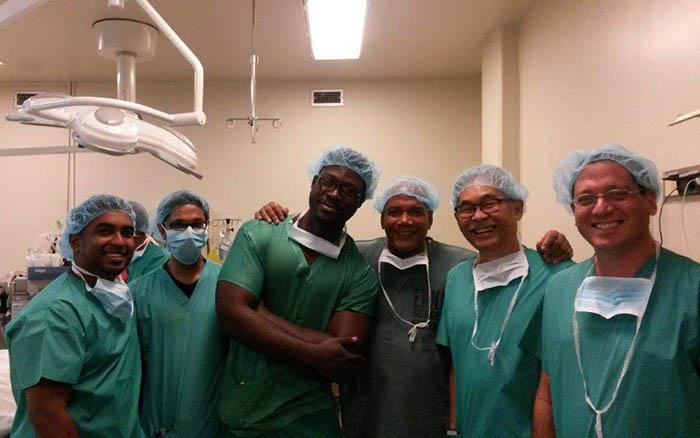 In the midst of the Caribbean, stand the “Twin Towers,” as the Eric Williams Financial Complex, located on Independence Square, Port of Spain, is known to locals.

There is no other building as tall as this in Trinidad and Tobago, nor the rest of the English-speaking Caribbean, consisting of a pair of 22-story skyscrapers at a height of 302 feet (92m). Its construction, managed by architecture firm Anthony C. Lewis Partnership, started in 1979 and was completed in 1986. The first tower of the complex houses the country’s Central Bank, while the second is home to the Ministry of Finance.

The complex, also known as Eric Williams Plaza, was named after Eric Eustace Williams, first prime minister of Trinidad and Tobago, and also a noted historian and founder of the People's National Movement (1955).

However, a few days on this island were enough to discover that “Sweet T&T”, as Trinidadians refer to their country, is a site of coincidences. Because there, in the northern central region of the island of Trinidad, which “floats” adjacent to the Orinoco Delta, stands another building with the same name, whose significance, at least in terms of life and death, is much more striking.

They say the omen is usually “bad” when one arrives at the emergency room of a hospital. Perhaps it seemed so for the young man – about whom Dr. Rodolfo Arozarena Fundora now talks – who probably did not realize that Cuban hands, along with others from this land, were working to reverse his bleak prognosis. This is just one of the many stories that the Cuban medical brigade, collaborating in the Eric Williams Medical Sciences Complex, has to tell.

Jose Martí, for the good of all. Second international conference 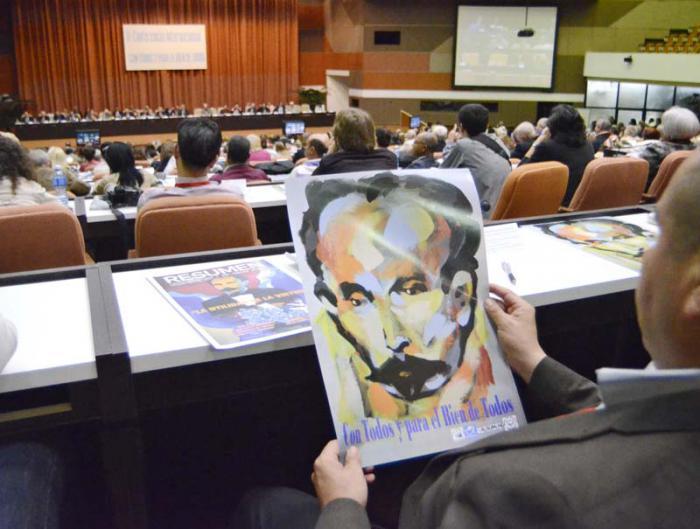 The ideas of José Martí are central to Cuba’s history and represent the embodiment of the nation’s identity. What is more, without Martí there would be no Fidel, because Fidel is a successor, a consequence, a fruit of the good tree named José Martí, stated outstanding Brazilian theologian, Frei Betto, speaking with Granma, January 25 during the inauguration of the Second International Conference

“With all, for the good of all.” During the event, held in the Havana Convention Center, Frei Betto, spoke about his symposium entitled ‘The role of ethics in development policies,’ stressing the importance of this issue for the island, currently working toward the normalization of relations with the United States, and updating of its economic model.

Among others in attendance at the opening ceremony were Miguel Díaz-Canel Bermúdez, first vice president of Cuba’s Councils of State and Ministers, and a member of the Party Political Bureau; Armando Hart Dávalos, director of the Martí Program Office; José “Pepe” Mujica, former president of Uruguay; and Ernesto Samper, secretary general of the Union of South American Nations

Obama never had a plan to end what Guantanamo represents 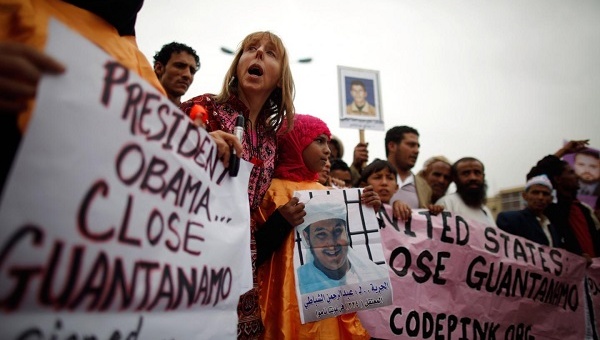 Seven years of indefinite detention and extrajudicial killings around the globe belie the president’s once-claimed intent to change the system he inherited.

Barack Obama, the new U.S. president, was keeping his promise: 48 hours into his presidency and there he was, signing an executive order that called for closing down the military prison at Guantanamo Bay within a year

“This is me following through,” Obama said from the White House on January 22, 2009. It was his intent to “restore the standards of due process and the core constitutional values that have made this country great,” and he was actually doing it, every ecstatic liberal posting the news on the Facebook wall of their skeptical leftist friend. The United States, the new young president declared, would “observe core standards of conduct not just when it’s easy but also when it’s hard.”

How refreshing it was, after two terms of waterboarding and the oratory torture of George W. Bush, to hear not just pretty words about American ideals that never were actually put into practice in a nation founded by human enslavement, but for those words to accompany in-real-life action. How disappointing, then, that the gratingly correct cynic was once more proven right: that even the seemingly tangible gestures -- ending the empire, no, but improving its public relations in a way that gave real, actual hope to a few hundred imprisoned men who lacked it -- proved to be little more than yet another photo op

Hundreds of Congolese to study medicine in Cuba 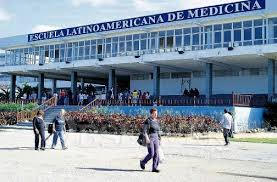 As part of bilateral cooperation relations between Cuba and Congo, nearly 850 young people from that African nation will travel to the island to take medicine courses.

Congolese Health minister Francois Ibovi was at the Brazzaville airport of Maya Maya to see off the future medical doctors who will return home to serve their people, the Cuban Foreign Ministry informed on its webpage.

The minister, who was accompanied by Cuban ambassador Manuel Serrano, expressed his gratitude to The island for offering his people the professional training.

This will be the third group of Congolese students to take courses in Cuba, which joins another 1200 who are already studying medicine here.