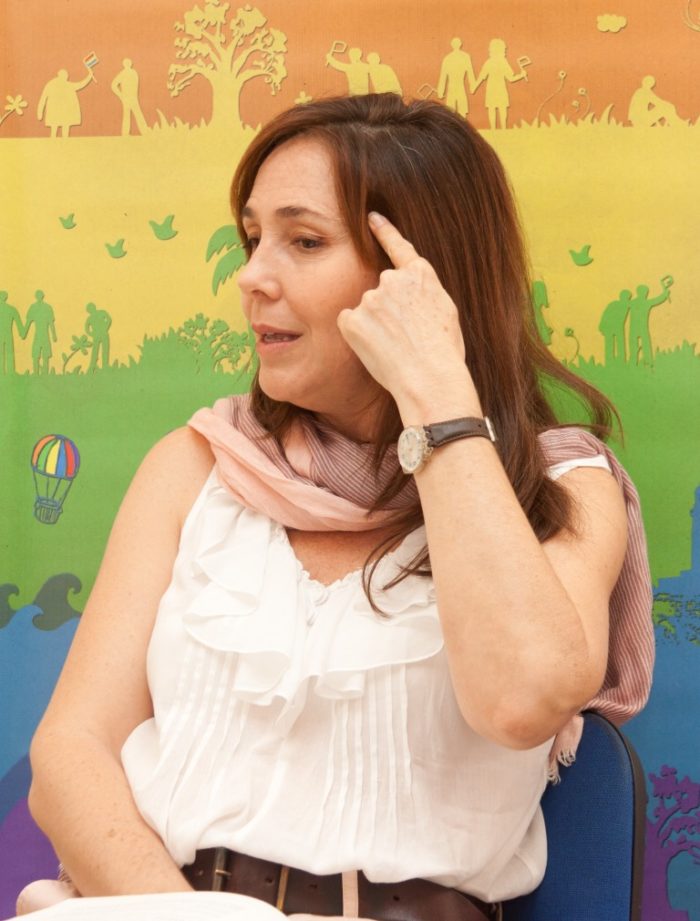 May 5, 2017, Havana – Cuba’s National Sex Education Center (CENESEX), in collaboration with the Ministry of Education (MINED), kicked off a year-long anti-bullying initiative that will focus on teacher training, support materials, and methodology to prevent homo- and transphobia bullying in the nation’s schools. Announced as the central theme of Cuba’s 10th International Days Against Homophobia, Transphobia and Biphobia (IDAHOT), CENESEX Director Mariela Castro says “Cuba is dedicated to non-violence and social justice. Our children spend most of their time at school, so the schools need to be safe spaces, where the rights of all children are protected – no matter where they fall on the sexual diversity spectrum.” Cuba’s observation of IDAHOT began on May 3 and runs through May 20 with a robust program of cultural events, including a film festival, conferences by specialists, presentation of academic findings, and marches by LGBTI Cubans and their allies.

The 2017 anti-bullying campaign is called ‘Me IncluYO por Escuelas sin Homofobia ni Transfobia’ (Count Me In for Homophobia- and Transphobia-Free Schools) and was developed by specialists from CENESEX and MINED to “include sexual rights and education in individual and social development, while promoting equality, respect, access to resources and objective information,” according to May 3 press release. Under no circumstances and nowhere, indicated the release, will violence be tolerated based on gender, race, sexual identity or orientation, including in schools. MINED defines bullying as using offensive nicknames, slapping and punching, making derogatory jokes, and directing any disrespectful language at classmates. Children found bullying will be held accountable and receive counseling. A 2014 resolution also makes teachers responsible for enforcing anti-bullying measures and ensuring no physical, mental or emotional harm comes to their students. Failure to do so make them subject to charges of negligence and if found warranted, disciplinary action.

Part of the year-long, national strategy involves raising awareness about bullying based on gender identity and sexual orientation. One of the challenges highlighted by specialists is the invisibility of the problem and the need to educate and inform across all sectors. To achieve this, coordinated cooperation is necessary among media outlets, schools, families, civil society and institutions, as well as health institutions. Included in the scheduled IDAHOT activities are several panels on themes such as “Health and Sexual Rights in Schools” and “Reproductive Rights and Sexual Diversity.” UNESCO is providing knowledge-transfer and methodological guides during the year-long campaign, while CENESEX Publishers will release Mariela Castro’s doctoral dissertation on the Cuban transsexual experience.