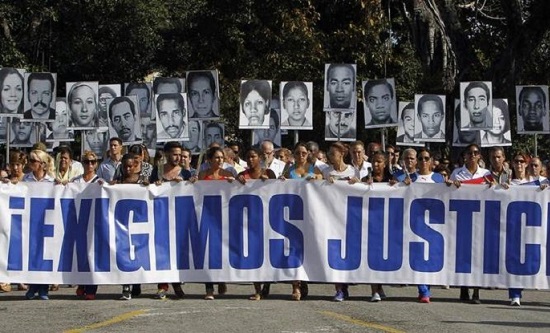 Among his many crimes, Cuban-born Posada masterminded the bombing of Cubana Airlines flight 455 from Barbados to Jamaica on 6 October 1976, which claimed the lives of all 73 passengers including the entire Cuban national fencing team, who had just won every gold medal in the Central American and Caribbean Champion­ship. Declassified CIA and FBI intelligence reports show that the bombing was engineered by Posada and Orlando Bosch (The National Security Archive, tinyurl.com/y9do4h4s), an­other Cuban exile and terrorist who died in Miami in 2011.

Posada’s hatred of communism and readiness to murder civilians made him an invaluable asset in the US imperialist campaign to terrorise and crush the revolutionary movements of Latin America. Born in Cienfuegos, Cuba in 1928 to an affluent family, Posada was arrested for organising against the new revolutionary government in 1959. After his release he moved to the US. The CIA nurtured and trained him in demolition and guerilla warfare from 1961, when he helped organise the failed US-orchestrated Bay of Pigs invasion against Cuba.

At the time of the flight 455 attack, Posada was living as a Venezuelan citizen. He had moved there in 1968 to help repress Cuban-backed guerillas as Director of Counter-intelligence for the secret police, DISIP, while also on the payroll of the CIA. Posada was arrested in Venezuela for the flight 455 bombing but escaped to Chile with co-conspirator Freddy Lugo. The Chilean authorities extradited both men back to Venezuela, but in 1985 Posada escaped again. He went on to take part in US-backed operations in Central America under the direction of Felix Rodriguez, the CIA operative who ordered the execution of Che Guevara (and who still lives free in Miami). Posada and Rodriguez participated in the Reagan administration’s illegal resupply programme of the Contras in Nicaragua, who perpetrated countless human rights violations and more than 1,300 terrorist attacks in their war against the left-wing Sandinista government.

The FBI believe Posada was personally responsible for organising 41 separate bombings in Honduras. Posada admitted in interviews with the New York Times that he had carried out the 1997 hotel bombings in Cuba which killed Italian tourist Fabio di Celmo and injured 11 others; these terrorist attacks, said Posada, had been financed by exile group the Cuban-American National Foundation (CANF), which publicly supported the bombings (New York Times, 12 July 1998). (He also claimed that CANF, who referred to Posada affectionately as ‘Bambi’, planned and financed his second escape from prison in Venezuela). In 2000, Posada and other CIA operatives devised a plot to assassinate Fidel Castro at the Ibero-American Summit in Panama, but he was arrested carrying 100lbs of explosives and imprisoned. However, less than half way through their eight-year sentence, Posada and his co-conspirators were released in August 2004 by right-wing Panaman­ian Presi­dent Mireya Moscoso, in a deal negotiated in Miami for $4m, with the collusion of Colin Powell, then Secretary of State and Otto Reich, Assistant Secretary of State for Western Hemi­spheric Affairs. Posada arrived in Miami shortly afterwards and was welcomed by the Cuban exile community, whose counter-revolutionary activities he continued to fundraise for in his waning years.

The Venezuelan and Cuban governments had sought Posada’s extradition so that he could be tried for his crimes. However, despite pressure from the two countries and demands for justice from families of the victims, his extradition was refused and in 2011 Posada was put on trial only for immigration offences. The sister of bomb victim Fabio di Celmo said, ‘My family and I are outraged and disappointed that a known terrorist, Luis Posada, is going to trial for perjury and immigration fraud, not for the horrific crime of masterminding the bombing of a civilian airliner’. As a final insult, Posada was acquitted on all counts in a court in El Paso, Texas by a blinkered jury who were told almost nothing of his murderous career.

It is the US government’s policy not to extradite anyone to Cuba or Venezuela (despite the US’s frequent condemnations of countries that shelter terrorists). But equally, the US would not dare betray a loyal agent who could expose his extensive knowledge of their illegal activities throughout Latin America. Posada lived in a veterans’ care home in Miami until shortly before his death from throat cancer.