Venezuela is at the front-line of the battle for socialism in the world today. 2013 has seen a renewed campaign of destabilisation aiming to topple the Bolivarian Revolution. Fascist thugs left 13 dead in the street violence following April 's presidential elections, an economic war breeds desperation through manipulated inflation and food scarcity, an international media campaign seeks to create a pretext for foreign intervention.

The forces of the Bolivarian Revolution are pushing forward, occupying companies engaged in speculation and fraud, cracking down on corruption and expanding the communas as a system of participatory democracy.

Now is a vital time, we can not allow the ruling classes here in imperialist Britain, with their corporate newspapers, television and websites to slander the revolutionary process in Venezuela. Every attack against them, is an attack on us, our principles, and our struggle here to overthrow the forces of capitalism and imperialism.

The Bolivarian Revolution illustrates what can be achieved when governments and people, working together, put human need before capitalist profits. Despite Chavez's death in March 2013, the process is being built every day by millions of Venezuelans, working to create a society built on collective, socialist organisation and production. In that conscious struggle the spirit of Hugo Chavez lives on.

Show the film yourself!

We encourage everybody, students, workers, activists, in Britain and around the world to use this film, spread the word and seize this opportunity to to highlight Venezuela's role in breaking the chains of imperialism. Alongside the achievements of socialist Cuba, Venezuela illustrates that not only is another world possible, but this world is being built today in Latin America!

Our fight is one fight – towards socialism, internationalism and unity!

If you plan to organise a film showing please get in touch at This email address is being protected from spambots. You need JavaScript enabled to view it. or phone 0207 837 1688. We may be able to support with publicity and materials for the event. Also don't miss our pamphlet that accompanies the documentary 'Viva Venezuela Fighting for Socialism' 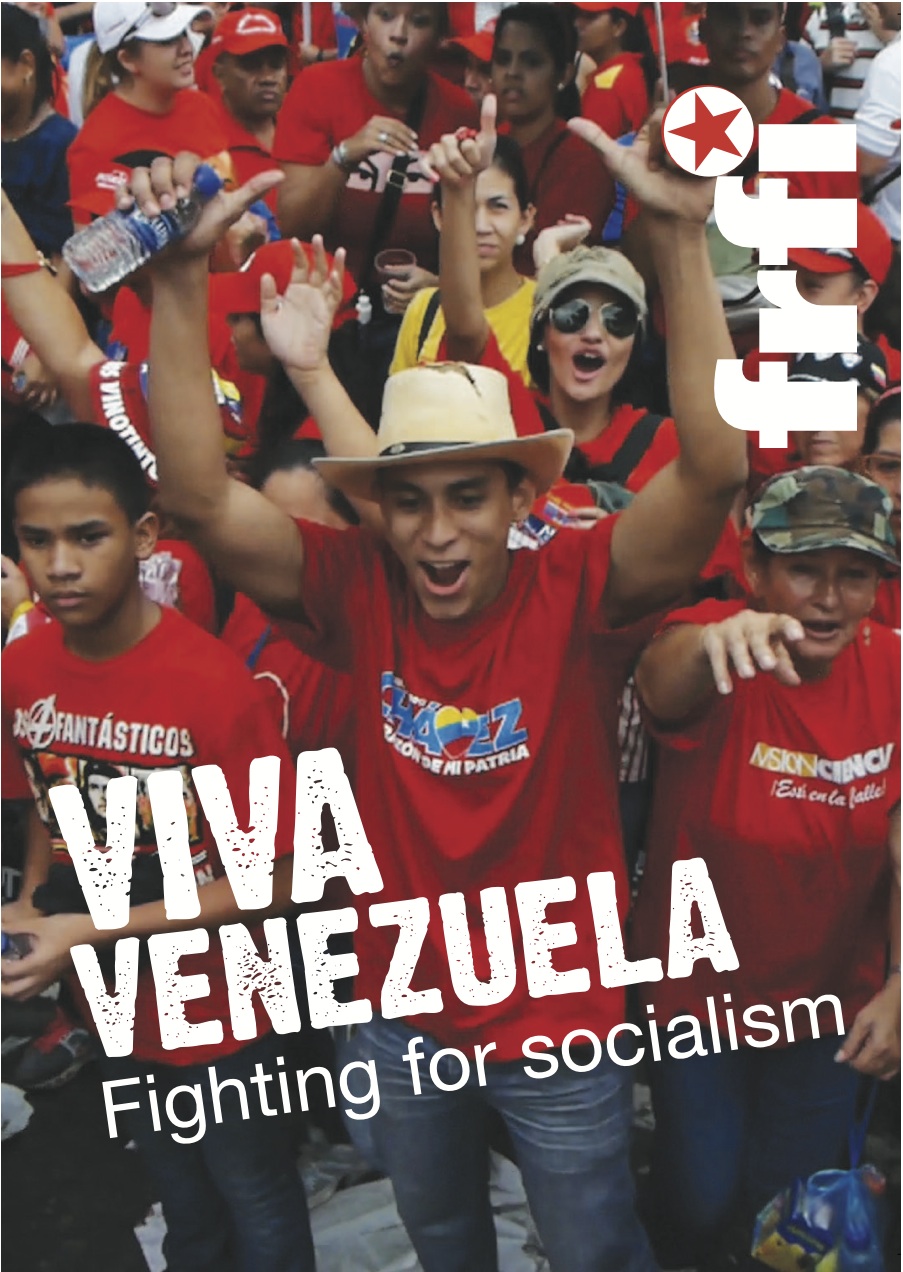 Individual pamphlets cost £3 including P&P or £5 with a DVD copy of the documentary.

Why not place a bulk order for copies for your local reading group, trade union or student union, or just to sell in your local area.:

Send cheques payable to Larkin Publications to
FRFI, BCM Box 5909, London WC1N 3XX together with your postal address. You can also pay via Paypal: This email address is being protected from spambots. You need JavaScript enabled to view it..

We would like to take this final opportunity to thank the following people who helped make the 2012 delegation and the documentary film possible.