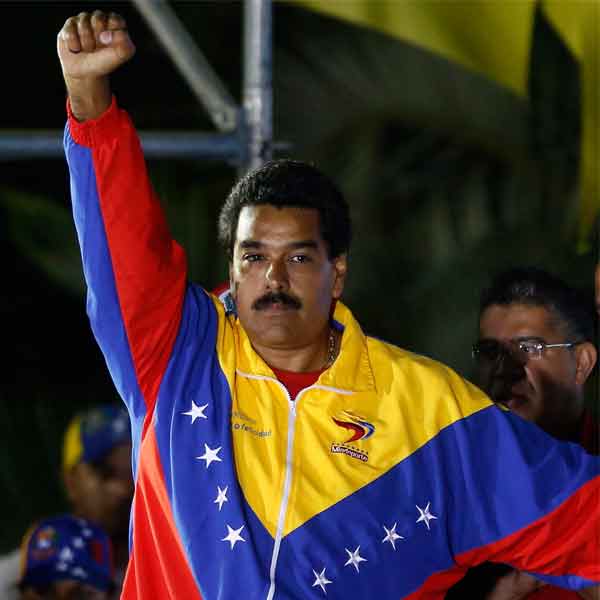 The election was called following the death of Hugo Chavez on 5 March. As we reported in the current issue of Fight Racism! Fight Imperialism!, in selecting Nicolas Maduro as vice-president of Venezuela last October, Chavez described him as ‘a complete revolutionary, a man of great experience despite his youth, with great dedication and capacity for work, for leading, for handling the most difficult situations’. Chavez urged Venezuelans to vote for Maduro as the next President in the event of his death.

Maduro has the firm backing of his party, the United Socialist Party of Venezuela (PSUV), the Communist Party and the other parties and social movements that make up the political committee of the Great Patriotic Pole. Despite unfounded speculation that Maduro could ‘ease’ relations with private business and the US government, he stood for election on the same programme of ‘Bolivarian Socialist management’ for 2013-2019 that swept Chavez to victory in autumn last year. Indeed, at Chavez’s commemoration service on 8 March, Maduro referred to both this programme and the 1999 constitution, ratified by popular referendum in the first years of Chavez’s presidency. He stated:

Victory in the presidential election was essential for the continuation of the struggle for socialism in Venezuela. It is vital now to establish the legitimacy of the election results in the face of an aggressive opposition which is supported by US imperialism. That this opposition apparently has the backing of almost half the Venezuelan population also presents serious challenges to the Bolivarian Revolution. The future of the Bolivarian Revolution depends on progress in the implementation of the ‘Programa Patria’, with its immediate priorities of destroying the old bourgeois state, deepening participatory democracy and transforming the economic relations of production and ownership. In electing Nicolas Maduro the Venezuelan working class, the bedrock of Venezuela’s revolutionary process, have demonstrated their conviction that he best embodies those aspirations and the future of the socialist project in Venezuela.
Viva Venezuela!

Victory to Maduro and the Bolivarian Revolution!