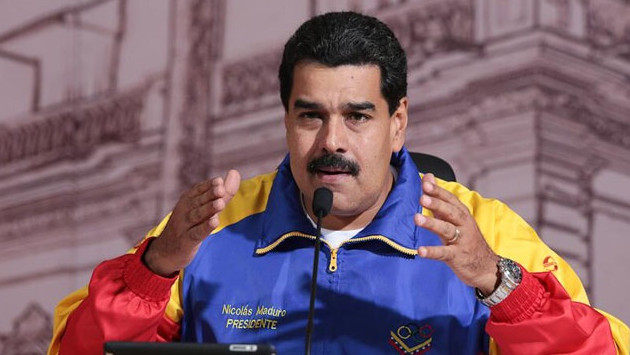 Eduardo Saman, the new head of the price-control organisation Indepais, has continued to take a hard line against speculation despite an assassination attempt on his life in early October. During November, inspectors and soldiers entered more than 1,400 shops accused of extortionate price-fixing and corruption – for example, the country’s largest electrical chain, Daka, was forced to slash prices marked up to 1,200% of import costs.

More than 100 of these shady bourgeois conmen have been jailed. Citizens’ networks have been set up to denounce corruption and speculation. Over 50 speculative websites setting the black-market exchange rate have so far been shut down.

Within two days of winning the Enabling Law, Maduro had passed two new pieces of legislation, one law to regulate imports and exports, and another to regulate costs and prices, capping profit margins at 15-30%.

This legislation will be an important weapon against the economic destabilisation which is rocking the Venezuelan economy as speculators import products with state-issued dollars, then price them up to black market rates, creaming off profits of over 1,000%.

And this is just the beginning. As Maduro stated: ‘I am planning a ground-shaking offensive against corruption from January 2014. With the Enabling Law I’ll go [for it] with everything, there will be no repentance.’

These measures are an essential response to the current attack being waged against the Bolivarian Revolution through predominantly economic means. The international media has, as ever, been quick to support the bourgeois narrative of a failing state. ‘Venezuela, on the path to implosion’, screamed the Washington Post in October; ‘Chaos in Caracas’, the Financial Times echoed, while the Telegraph claimed: ‘The socialist dream crumbles’.

Venezuela is undoubtedly facing problems. Accumulated inflation from October 2012 to 2013 stands at 54.3%, more than double the average inflation rate over the last 14 years. The scarcity index lingers at around 21% meaning that access to basic items at regulated prices is a continual problem.

However, despite the media scaremongering that Venezuela is falling into hyper-inflation and a balance of payments debt crisis due to state price controls, nationalisations and public expenditure, Mark Weisbrot, economist at the Centre for Economic Policy Research argues: ‘In 2012 Venezuela had $93.6bn in oil revenues, whilst total imports were $59.3bn.

The current account was in surplus to the tune of $11bn dollars, or 2.9% of GDP.’2 The Central Bank of Venezuela holds over $21bn dollars in reserves in addition to an estimated $15bn held by government agencies, enough to cover eight months of imports.

Venezuela is not about to run out of dollars. Even the Bank of America recognises this, advising Venezuelan government bonds ‘still present an upside’ worth buying.3 Merrill Lynch analysts say ‘there is remarkably little in the data to suggest that Venezuela’s liquidity position is any different than what it has been during most of the past four years’. Worries, it suggests, have been ‘misplaced’.

Tamara Pearson of venezuelanalysis.com makes the point that ‘scarcity is “not starving to death” as the papers would have you believe. It’s not never ever drinking milk or cooking with oil, it’s just not being sure that a shop will have something every time you go there’.4

According to the World Bank the poverty rate dropped by 20% in Venezuela last year, the largest decline in poverty in the Americas in 2012.5

The underlying problem is not, as media reports would have us believe, inflation and scarcity, but hoarding and speculation. Venezuelan economic analyst Luis Salas Rodriguez explains that:

‘Inflation isn’t a distortion by the market...inflation is used as a tool of political struggle. In order to put pressure on governments, impose interests, or to simply and openly conspire in exasperating the population, demoralising it...It doesn’t make a lot of sense to keep talking about “inflation and scarcity” when what we’re really talking about is speculation, usury, and hoarding.’6

So, for example, while milk, a price-regulated product, is scarce, there is an abundance of cheese, yoghurt and flavoured milk. These value-added products can be sold at a much higher price. There is no shortage of milk for use in private production, but private networks such as the POLAR food monopoly (which controls 50% of the country’s food distribution and is run by the 329th richest man in the world) are obstructing the distribution of milk at state-regulated prices.

Scams to access dollars and sell them on the black market are becoming ever more elaborate. Over the summer, plane tickets were booked up months in advance because of an organised scam to exploit dollar allocations via credit cards for citizens travelling abroad.

Participants buy tickets and then pay someone to take the cards abroad and retrieve the dollars in cash. Once back in Venezuela, the dollars are sold on the black market at nine times their official value. Travel companies cash in by tripling plane fares, yet many flights leave with empty seats. Recently six motor-race drivers were arrested for claiming $60m of prize money using fake press reports, trophies and race prizes to be able to receive dollars.

One company received state-issued dollars to import medical equipment but only imported the outer covers of the equipment, keeping millions of dollars for resale on the black market. All of this contributes to capital flight, with $20bn estimated to have left the country each year since 2008.

If private interests continue to undermine the official exchange rate, promoting the black market in every transaction from the tourist on the street to large-scale foreign trade, in a country which imports 50% of its food and 70% of its commodities, they can win back the control over Venezuela’s oil revenue that they lost in 2003 when the government took over the state oil company PDVSA.

‘The scenario of the dollar is a fundamental battlefield for the present economic warfare. The exchange-rate issue...is the struggle for oil income, controlling both the distribution of dollars, as well as the generation of dollars...As long as we have this private banking system and their network of relations with the productive sector, the transition to socialism will be impossible.’7

The key to undermining the sale of expensive commodities on the over-inflated black-market is to increase the supply of price-regulated goods through state-run outlets. Maduro has indicated that he will also pass measures to boost domestic production and improve the state distribution of imported products.

Agricultural technicians are working to increase the number of urban agricultural plots from 24,000 to 80,000 over the next year and Mission Mercal, a project providing subsidised food at regulated prices, is being expanded. 6,600 Mercal shops and supermarkets are now in existence and a newly-launched workers’ Mercal initiative will supply basic price-regulated products to around 23,000 public sector workers in 32 institutions.

The private sector is the immediate enemy

The principal obstacle to building socialism in Venezuela is the predominance of the private sector in all areas, particularly food distribution, banking, production and the media. Economic instability must be understood as a result of the ruling class war for control over oil revenue being fought out through currency manipulation, speculation and hoarding.

Political mobilisations such as recent trade union marches against FEDECAMARAS, Venezuela’s main business federation, to protest against its role in economic destabilisation, are essential in raising popular consciousness about the roots of inflation and scarcity.

Victory depends on the ability of the government and all those fighting for socialism to convince the Venezuelan working class that the private sector is the immediate enemy and must be confronted.

The alternative is that the opposition will convince the population that Maduro is a poor successor to Chavez, that inflation and speculation are the fault of government mismanagement and state intervention. This will be played out in the upcoming mayoral elections.

December’s municipal elections will be significant. Henrique Capriles, leader and twice-failed presidential candidate of the opposition Roundtable of Democratic Unity (MUD) coalition is framing them as a ‘plebiscite’ on the legitimacy of the Maduro government:

‘The changes we want for our country necessarily go through the December 8 elections, because [they] will amount to a big consultation, reform and correction process to democratically get rid of this government. December 8 has to be a big plebiscite.’

The issue will not be how many municipalities Chavista candidates win, but the national popular vote. Maduro won a six-year presidency in April and his party, the PSUV, and their allies have a two-thirds majority in the National Assembly and 20 out of 23 state governors.

However if the Maduro government loses the national popular vote, the opposition threaten to unleash violence on the streets, whipping up a media frenzy with the aim of overthrowing the Bolivarian Revolution, as they did after Maduro’s narrow presidential victory in April – as the opposition’s ‘Strategic Venezuelan Plan’, leaked in November, makes clear.

The plan was drawn up in the summer of 2013 by a cabal of international, US and Colombian organisations, including the viciously right-wing former Colombian president Alvaro Uribe, key leaders of the MUD coalition and the director of USAID for Latin America, Mark Feierstein.8 It states baldly that ‘the objectives ... are essentially geared towards the municipal elections set for 8 December’ and aim to:

• maintain and increase the sabotages that affect public services, particularly the electrical system, that will enable responsibility to be placed on the government for supposed inefficiencies and negligence;

• create ‘situations of crisis in the streets that will facilitate US intervention, as well as NATO forces, with the support of the Colombian government. Whenever possible, the violence should result in deaths or injuries’.

This is stark evidence that the scarcities, speculation, and the soaring value of the dollar on the black market are not coincidental but a strategic ingredient of the economic war by the Venezuelan opposition, backed to the hilt by imperialism.

A storm is brewing. This is a war the Bolivarian Revolution cannot afford to lose. The strength of the Bolivarian militias, political commitment of the armed forces and revolutionary steel of the working class and oppressed may soon be put to the test.

The balance of class forces will be laid bare in the 8 December elections. This is class war and the Venezuelan working class are taking a lead in this battle, organising in workplaces and communities to defeat destabilisation. On 11 September, thousands took to the streets of Caracas to mark 40 years since the bloodstained coup in Chile – a reminder of what is at stake today in Venezuela.