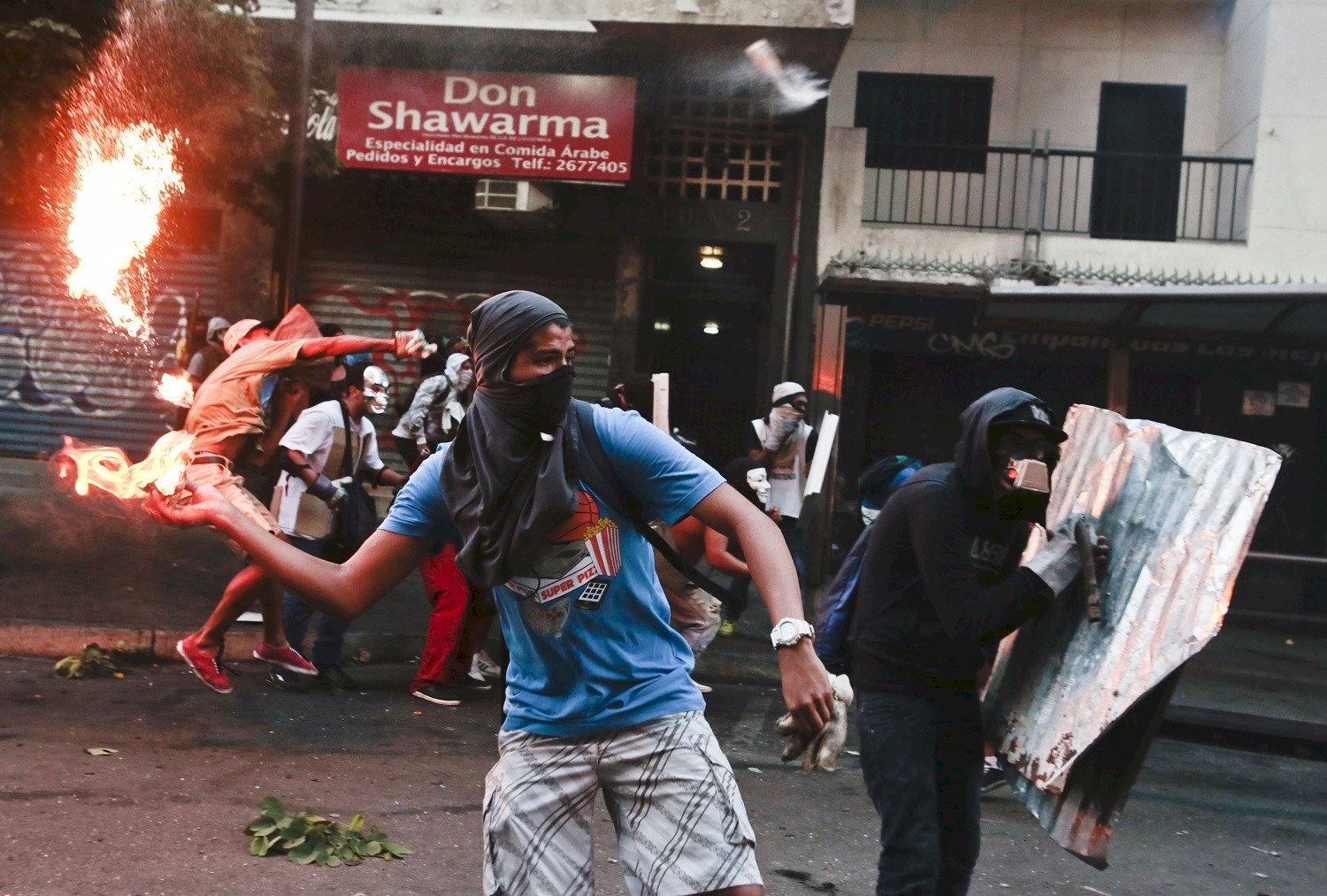 The revelations made by Hannah Dreier, AP correspondent in Caracas, shed light on this pattern of U.S. financing of violent groups in Venezuela underway since at least 2001, when millions of dollars were delivered to organizations labeled as "civil society," in fact the principal source of funds used to organize the April 2002 coup attempt against President Hugo Chávez, which was defeated in 48 hours.

After that fiasco, USAID opened a Transition Initiatives Office in Caracas, along with the NED, investing more than 100 million dollars, over eight years, in efforts to overthrow the Chávez government and strengthen the opposition.

The list of U.S. backed groups includes the student group JAVU, whose leaders don’t even attempt to hide efforts to incite violence, taking the lead in February, organizing guarimba road blocks, and terrorist attacks on their fellow Venezuelans, even burning down a childcare center for children under five years of age.

In early 2011, after being publicly condemned for its violations of Venezuelan sovereignty and national laws, the Transition Initiatives Office was closed, and the organization of USAID operations transferred to the United States. Far from ending, as we have seen, the flow of dollars has increased, despite the 2010 approval of the Law of Political Sovereignty and National Self-determination, which prohibits the external financing of political groups in the Venezuela.

The National Assembly approved the prohibition after evidence emerged documenting the NED’s funding of María Corina Machado’s Súmate, which organized the unsuccessful 2002 campaign to recall Chávez.

The U.S. agencies NED and USAID, as well as the groups receiving funds, continue to violate Venezuelan law with impunity. Budgets presented by the Obama administration included more than 5 million dollars to support these violent groups through USAID in 2012. As AP revealed, the amount was further increased in 2013.

The situation created by the death of Bolivarian leader Hugo Chávez, and the international right-wing’s aspirations to retake political power in Venezuela at all costs after the election of Nicolás Maduro to the Presidency, has generated the decision to opt for an anti-democratic solution. U.S. government financing to support destabilization continues to grow.

During 2013 and 2014, a large portion of NED funds were invested in media initiatives and groups, to mount a campaign to undermine confidence in the Maduro government, according to investigator Eva Golinger. Among these groups of alleged journalists are Espacio Público, Instituto Prensa y Sociedad (IPYS), Sin Mordaza and GALI. The campaign to discredit the government and President Maduro, in particular, is unprecedented.

One of the groups funded by NED in an effort to identify new, younger opposition leaders is FORMA, as organization run by César Briceño, linked to the Venezuelan banker Óscar García Mendoza.

García Mendoza manages the Banco Venezolano de Crédito, which has channeled the flow of NED and USAID dollars to opposition groups in Venezuela, such as Súmate, Cedice, Sin Mordaza, Observatorio Venezolano de Prisiones and FORMA, among others.

This past year, Bolivia expelled USAID from the country, for attempting to undermine the government. Ecuador has put an end to USAID projects there, and recent revelations raised concerns about continued undercover operations in Cuba, where the U.S. surreptitiously established a seemingly innocuous mobile phone social network, the so-called Cuban Twitter, and collected users’ personal data.

The NED is required to submit annual reports on its operations, but omitted the names of Venezuelan groups and individuals who received 7.6 million dollars in 2013, and since 2010, the State Department has refused to publicly name the groups it is funding, leaving to the imagination the actual destination of large sums of money.

NED spokesperson Jane Riley said that the agency is not revealing names of recipients given "the severe climate of intimidation, which includes threats of physical violence, hate campaigns in the state media, and legal reprisals," a timid justification for those who utilize U.S. funds to subvert the constitutional order of a democratic, sovereign nation.