The Streets Are Ours

[RCG 04.10.12] There is a popular saying in Venezuela that the capitalist class may control the media but we the people control the streets. The vast crowds of Venezuelans - estimated at well over a million - who thronged through the capital Caracas today in support of Hugo Chavez and the Bolivarian Revolution were the clearest, most concrete rebuttal possible to the lies and caricatures about Chavez gleefully propagated by the western press in the run-up to the presidential election on Sunday.

From early morning it seemed as though the whole city was awash with red, the Chavista colour; contingents of workers, students, women's organisations, organisations of popular power, young and old, with banners and flags and posters proclaiming their support. The level of consciousness was extraordinary - we spoke to street vendors, lawyers, pensioners, art students, taxi drivers.

Everyone was absolutely clear why they were there: to defend the achievements of the Bolivarian Revolution, in health, in education, in housing, in providing affordable food for all and reject unequivocally the threat posed by the neoliberal Capriles Radonski. And everyone described the process as one being built from below, by the people and for the people. 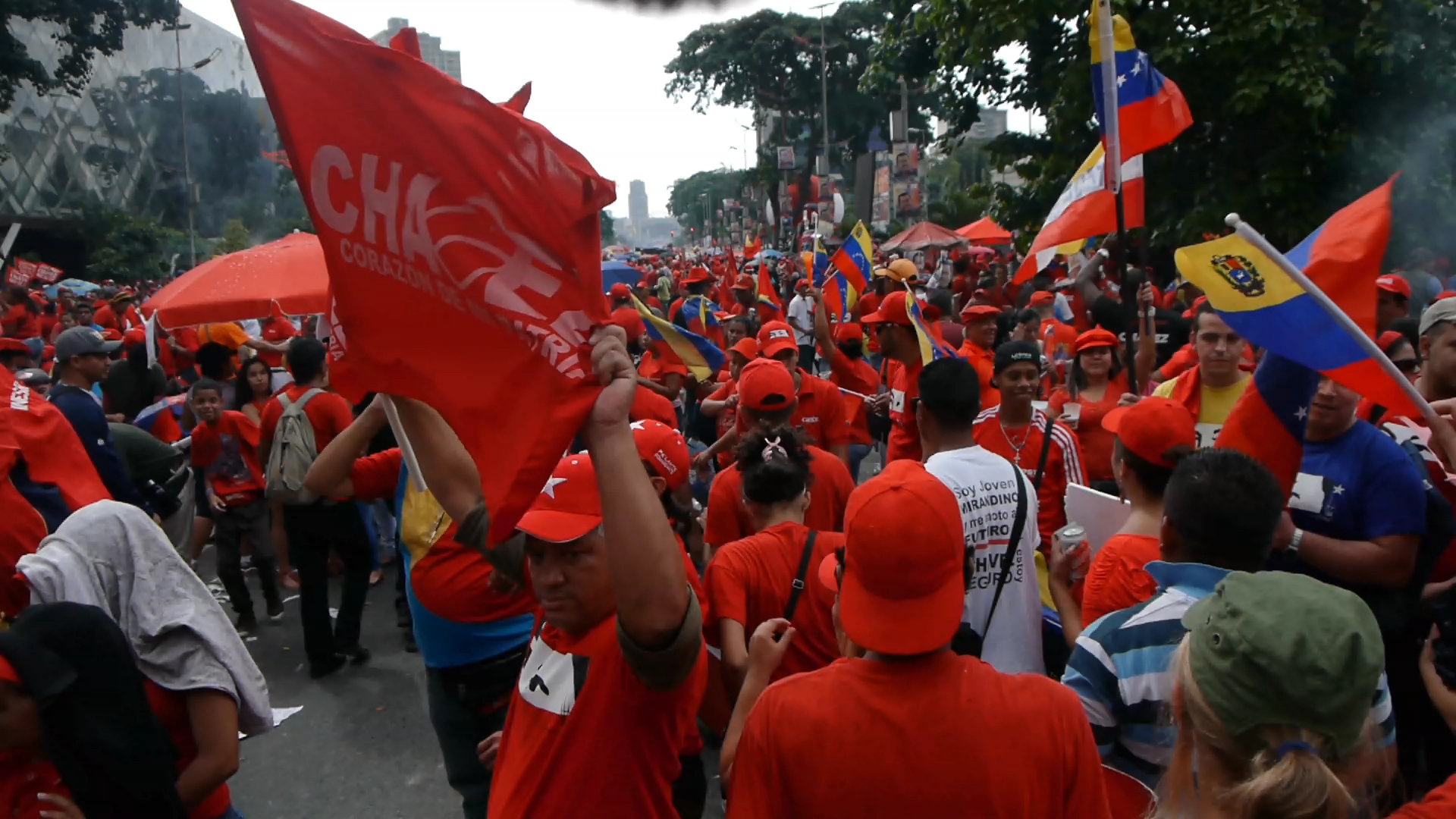 By midday, the seven main avenues of Caracas were packed solid. Even when a torrential tropical storm broke, the cheers and songs and shouts of 'Uh! Ah! Chavez no se va!' Rainwater gushed ankle-deep down the streets yet everyone stood yelling support and waving flags as Chavez spoke about the need for another term to consolidate and take forward the achievements of the Bolivarian Revolution, oblivious to the rubbish and dirty water swirling around our feet and to our sodden clothing.

If the western media is to be believed, why do they bother? For Guardian journalist Rory Carroll, whose trademark in writing about Venezuela, as it was previously about Cuba, is to present myth and hearsay in place of facts, Chavez has created a 'fiasco', a crumbling state where public money is siphoned off, who knows where? 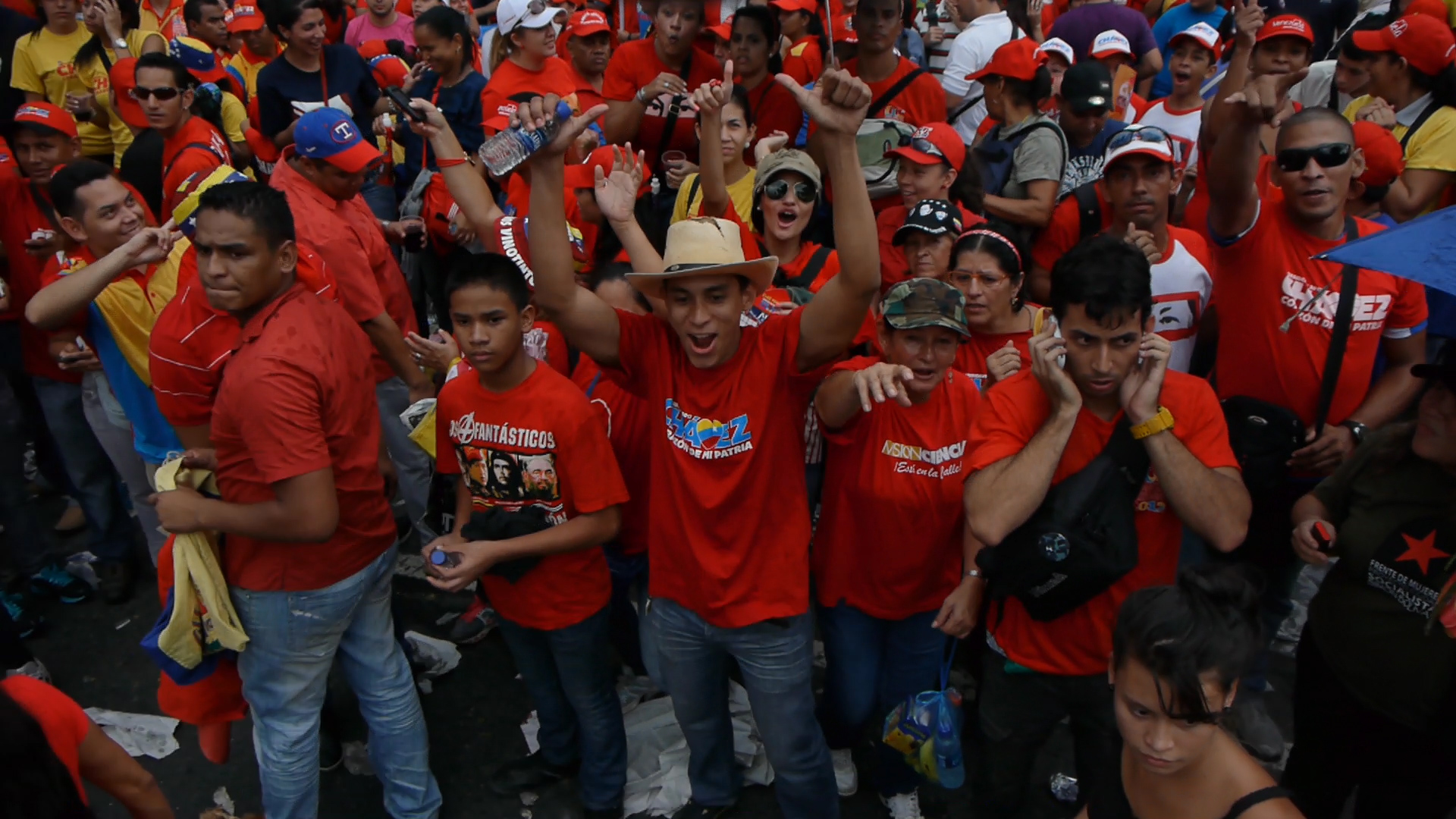 The Venezuelans on the streets today know exactly where. They are attending the free universities - 22 built in the last year alone - paid for with this money; they are sending their children to the Bolivarian schools where everything down to the last pencil is provided free of charge; they are involved in building new communities and projects like the socialist city of Caribia (see previous blog).

Many are living in one of the nearly 244,000 new houses built under the Great Housing mission which will create three million new housing units by 2019. Their children are being guaranteed three meals a day, with thousands of families lifted out of extreme poverty in the past 14 years.

They are benefiting from the free hospitals and clinics, many run by Cuban medical staff as part of Barrio Adentro. (Incidentally, Carroll slurs these as 'dingy and dirty' which is what the rich disaffected Venezuelans say when trying to persuade you not to use the free hospitals. Has he ever actually been treated in one? My children have and I can report to Mr Carroll that they are in fact bright, spotless and scrupulously efficient. Perhaps he should try it some time). 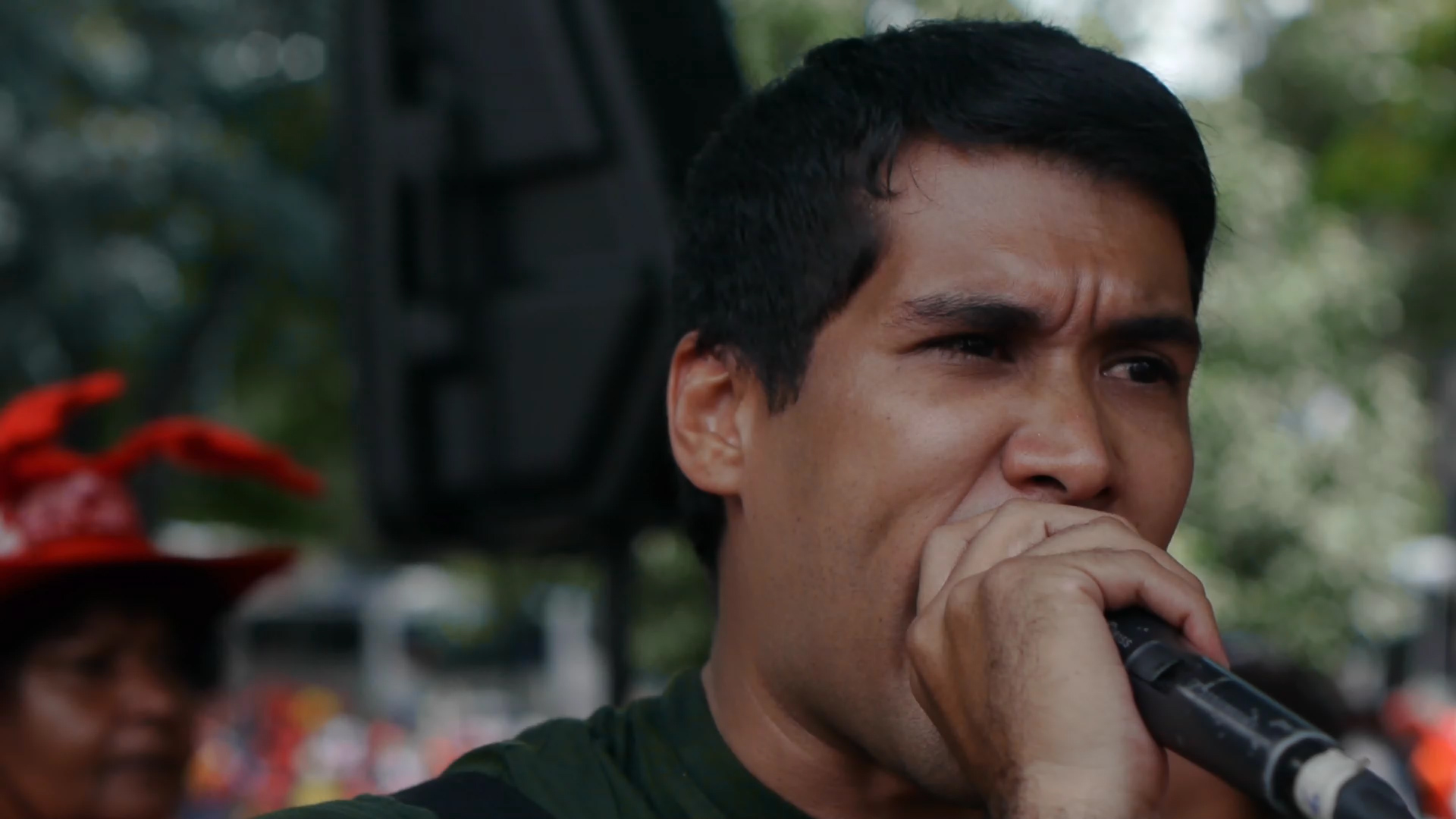 In short, Carroll's comments are reminiscent of that scene in the Monty Python film Life of Brian - 'What has Chavez ever done for us?' 'Apart from the free hospitals, you mean?' 'And the free schools?' 'And the subsidised food markets?' 'And homes...' 'Well, yes, apart from all that'!

But the real point is a serious one. The lies and innuendo and half-truths of Rory Carroll and the Guardian, and others peddled in the British newspapers and television news serve a most pernicious purpose. Carroll suggests Venezuelan elections are not 'fair', despite them having been described by UNASUR (the countries of Latin America) and the Carter Foundation in the United States as probably the fairest and best-run on the continent. 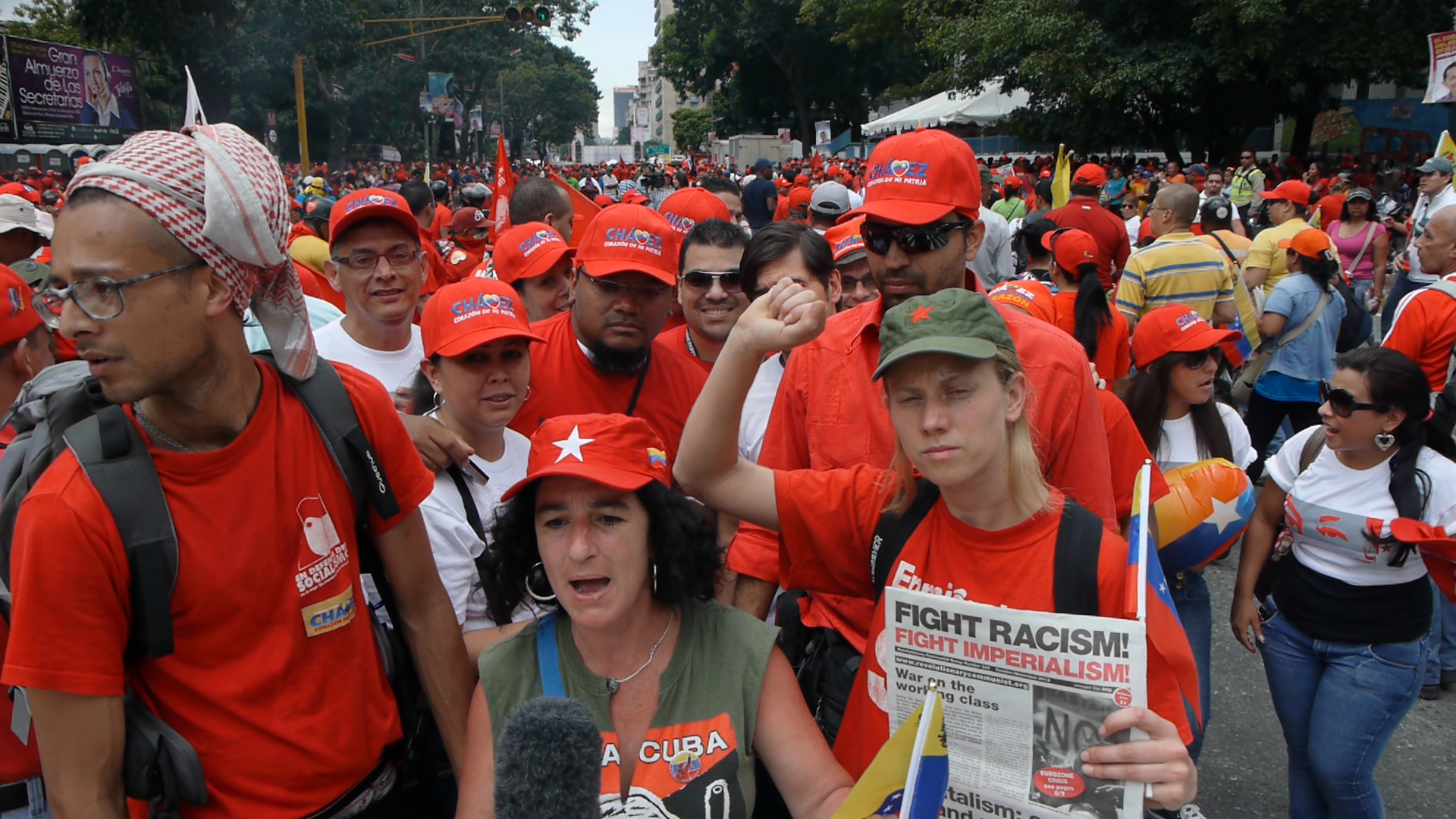 Others make a point of describing the presidential race as 'tight' with Chavez neck-and-neck with neoliberal candidate Capriles, despite recent polls clearly showing this to be untrue. All this propaganda paves the way for the Opposition to cry foul when they fail to win the election on Sunday, and act to destabilise the government. The working class of Venezuela, who came out in their masses to support Chavez on Sunday are very clear: a vote for Chavez is a vote to continue and deepen the the Bolivarian Revolution, to make a reality of his call for a socialism of the 21st century.

A victory for Capriles would be a victory for Venezuela's capitalist class, a return to the days of privilege for a minority and poverty and hunger for the majority. It is clear whose side Rory Carroll is on.