[RCG 03.10.2012] 'We are working to develop national independence, as Chavez has set out in his Programa Patria, we are working to become self sufficient, developing social production that benefits the whole of the community whilst transforming ourselves, instilling the collective, community values required to build socialism'. Ana Julia Cedeño Maiz- treasurer and representative of the 'un sueño en revolución' communal council, deputy head of 'Samuel Robinson' primary school and coordinator of the education missions 'Robinson' (adult literacy and numeracy) and 'Ribas' (adult night school) in 'Socialist City Caribia' Catia, Vargas State. 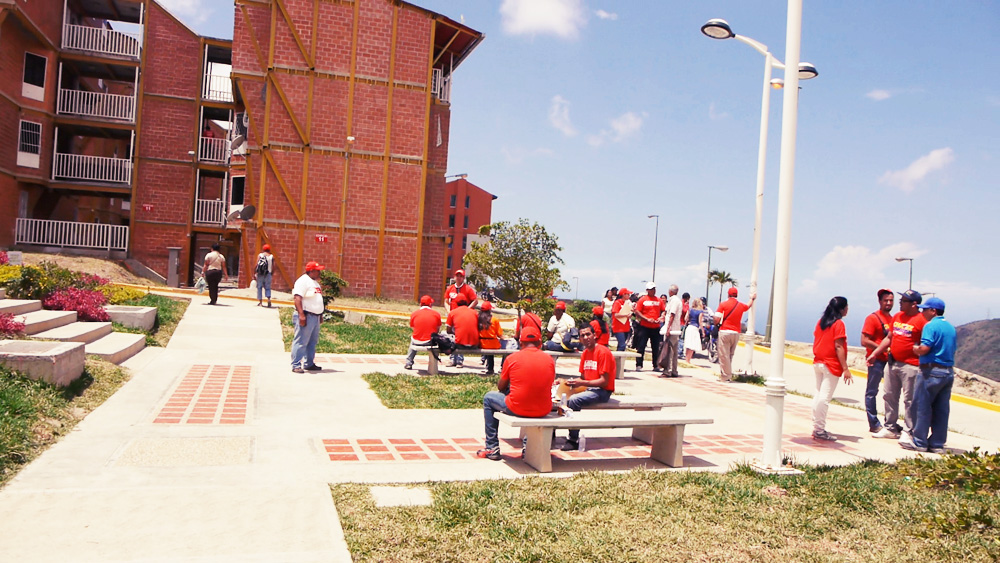 As an activist who believes in an alternative to capitalism, in the possibility of constructing socialism as a system that primarily serves the needs of the people, today in City Caribia I got the chance to see what this alternative could look like. Not only as an abstract idea, but built with bricks, mortar and political consciousness.

City Caribia is a planned town, build high up on the hills between Caracas and the coast. The project commenced in 2007 but was fast tracked in 2010 in order to rehouse refugees made homeless following floods that devastated many precarious communities living in shanty towns surrounding the capital city Caracas. The houses are provided at subsidised prices, $64,000 compared to over $220,000 for a similar property sold on the private property market.

This can be paid over 20 years or more, with two years grace and families can receive subsidies of up to 100% if required. In order to guard against corruption, the houses can't be sold and the families who move in are those who have been identified as the most needy by housing working groups in their barrio. The 'Socialist city' is part of the 'Great Housing Mission' which seeks to build three million homes by 2019, of which over 244,000 have already been built.

Ana, who is a key activist in this process, explained to us that currently 1008 families live in the town but construction will be expanded to house a total of 20,000 families. The residents are organised into 3 communal councils, 'Casica Unimare', 'Un sueño en revolución' and 'Camino de los indios', and all three coordinate to address the needs of the town, holding regular assemblies and organising work groups to address different issues. Ana detailed the various projects and 'missions' they have developed in Caribia, including:

The communal councils are involved in developing the plans for expansion and overseeing the construction of the new houses, a university site, orchards, a metro cable that will link to the Caracas metro system and more. Full employment is guaranteed in the town thanks to the development of an industrial zone with textiles and plastics factories.

Ana explained that these factories are part of a national plan to develop secondary industry and produce goods for consumption in the whole of the country, reducing the amount of goods Venezuela has to import. This is an absolute necessity for achieving national independence and moving away from the 'rentier' oil dependent economy.

Agriculture is also essential given that Venezuela still has to import two thirds of its food, in this respect Caribia has begun producing fruit and vegetables through a communal allotment, these are then sold at regulated prices in the 'communal centre' at the heart of the development.

Kevin Ramirez, a worker in Café Venezuela, which sells coffee and hot chocolate made from ingredients that have all been produced by nationalised state companies explained 'we're not a cooperative, we work for our community as a whole, there are three of us who work here, we all earn the same salary and organise between ourselves our shifts and how to improve the café'.

Ana expanded on this stating 'I don't believe in the idea of cooperatives for us here in Caribia, cooperatives can become an autonomous block that work in order to reinvest in the cooperative over the community as a whole, we're looking for our own direction, we need to create and invent'.

Caribia has a communal bakery, hairdressers, canteen, hardware shop, butchers, greengrocers and transport collective, all of which are 'social production companies' belonging to the whole community. 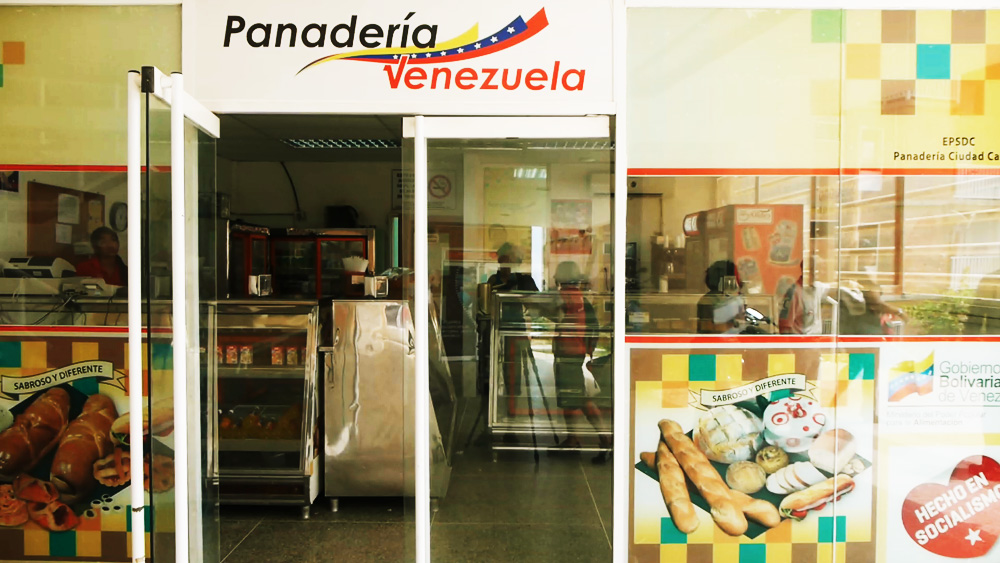 The National Bolivarian Police (PNB) are also present in Caribia, but rather than them being an external force imposed on the community, Zulaika Figuera, coordinator of child protection emphasised 'these police officers live in our community, they are part of a national force but work here under the direction of the communal councils, they are our communal police and as part of their formation, they have studied socialist values and consciousness. We try to resolve our own problems in our community, through the work groups and communal meeting, in order to address problems of crime, economics, the environment, but anything we can't solve ourselves, we can go to the PNB'

Caribia is a work in process, members of the community with external support are working hard to build the new houses and centres from the agreed plans, but its also clear that socialist consciousness is also under construction, developing communal power, challenging capitalist relations of production through the social production groups, developing food sovereignty and national independence through the production of food and secondary industry.

As Ana highlighted, 'working to achieve “bien vivir- living well” of all our citizens is not just a question of material goods, but more importantly, developing socialist consciousness'