Official Declaration on the Health of President Hugo Chavez

Official statement from the Venezuelan government

Translation by Rachael Boothroyd for www.venezuelanalysis.com 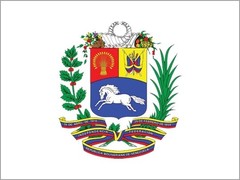 The Bolivarian government is informing the people of Venezuela, and our brother peoples, of the development of President Hugo Chavez’s health.

Today will be two weeks since our president returned to his Venezuelan homeland, a decision which he made himself, following the surgery which he underwent in Havana, Cuba, on December 11 last year.

From today, there has been deterioration in his respiratory performance, related to the immunodeficiency of his current clinical condition. At present he is suffering from a new and serious respiratory infection.

The president has been receiving intense chemotherapy, as well as other complementary treatments, with the dosage according to the development of his clinical state.

His general state of health continues to be very delicate.The president is taking refuge in Christ and in life, conscious of the difficulties that he is facing and strictly following the programme designed by his medical team.The Bolivarian government continues to accompany the comaandante’s children and his other family members.

In this battle of love and spirituality, the president calls on our people to remain on the front-lines, unscathed by the psychological warfare spread by foreign laboratories with their spokespeople in the corrupt Venezuelan rightwing, which is attempting to bring about a violent situation in order to create the pretext for a foreign intervention in Bolivar’s homeland.

Additionally, the Bolivarian government rejects the hypocritical attitude of those historic enemies of Hugo Chavez, who have always lavished him with their hate, insults and disrespect, and who now try to use the situation of his health as an excuse to destabilise the Bolivarian Republic of Venezuela.

Fortunately, with Comandante Chavez the Venezuelan people were awakened, and those sectors from the corrupt right will never again return.

At this time, unity and discipline are the bases which will guarantee the political stability of our homeland.