Developing Socialist Production, Meeting the Needs of the Population

Developing socialist production, meeting the needs of the population.

After speaking to political economist Pablo Giminez yesterday about the importance of developing Venezuela's industrial production, today we had the chance to visit a gas cylinder factory and see these politics in process.

The PDVSA Gas Communal 'Ambrosio Plaza' plant in Las Guarenas, Miranda State, produces over 1,000 gas cylinders each day, contributing to guaranteeing the supply of subsidised gas for domestic use to the Venezuelan population. 90% of families use this gas for cooking and for their household needs.

The state owned company is a product of the expropriation of two private gas companies that participated in the oil lock outs of 2003 and 2004. Vengas and Tropigas were expropriated in 2006 and now the state owned company makes up around 50% of the total gas market with 58 generator plants and 10 manufacturing plants. All the raw materials for the plant come from Venezuelan companies, fostering the kind of manufacturing links required for national productive development. 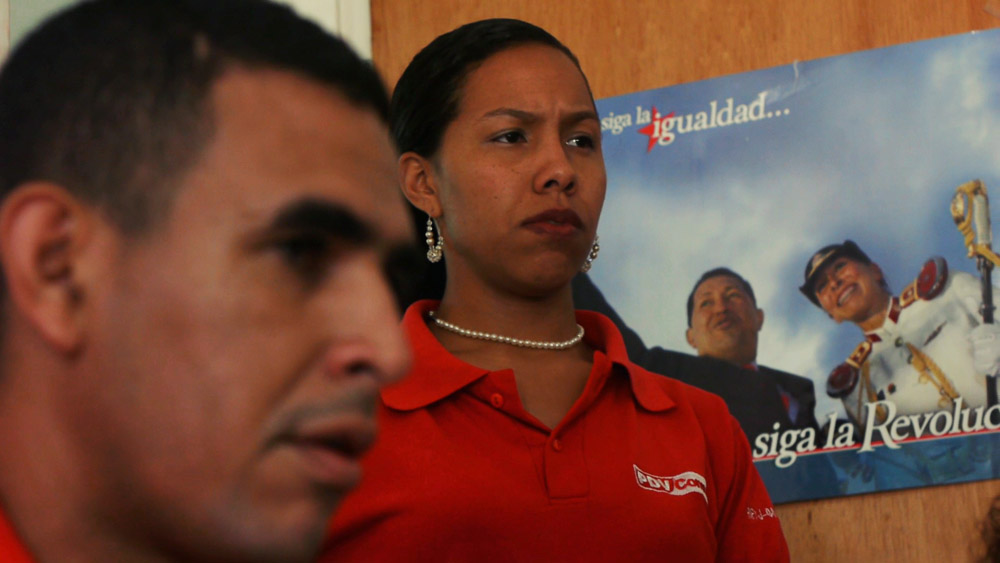 As Royer Gonzalez, one of the managers of the plant explained 'we are working to change the consciousness of the workers, we were a private company that was expropriated but now we're working for the state in order to develop socialism. The old way of organising, through traditional trade unions who are struggling against private bosses to improve our living condition, no longer fits our model. Of course we participate in the direction of the plant and to ensure our standard of living, but now our boss is Chavez, the state,  the whole of our society, we are now working within the process of socialism.'

Royer explained that through the workers councils, PDVSA gas communal had participated in discussing and making proposals to the New Labour Law (LOTT) which was finally ratified in the National Assembly on 1 May. The law has reduced the working week from 44 hours to 40 in addition to developing workers rights in relation to paternity and maternity leave, pensions and sickness leave.

Royer pointed out that 'the debate over the new labour law was facilitated in many different forms, through Twitter, Facebook, workers council meetings. It is the most revolutionary labour law that we have ever had, now this law defends the working class, previously it was a law that defended the ruling class, the bosses.'

We visited the plant to see the process of production of gas cylinders and huge gas tanks. Tania Uribe, a female plant manager informed us that these big gas tanks were destined for the apartment blocks that have been built through the Great Housing Mission which has already constructed over 244,000 homes.

Maria Gabriela Irazabal, a young manager at the plant emphasised the importance of the involvement of women in the plant, particularly now that the plant pays for childcare and the workers receive a subsidised lunch through the 'mission of knowledge and work'. Alongside childcare, the government has also developed a 'vacation plan' to look after and provide opportunities for children outside the school terms, this kind of collectivised provision has allowed women to play more of a role in the overall work of PDVSA gas comunal.

Freddy Trujillo, a 22 year old worker at the plant explained the importance of developing political consciousness through their work 'now we are working alongside Chavez, working to construct the "ran patria" (great homeland), not just for ourselves, for our own standard of living, but for all the Venezuelan population, ensuring they receive the gas they need to meet their domestic requirements'. 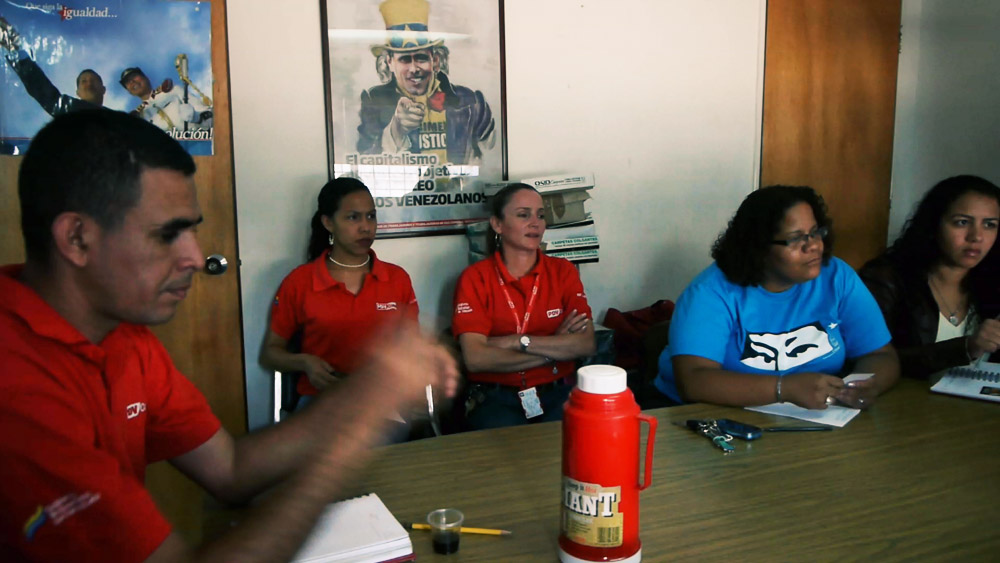 Freddy explained that the plant does not just produce gas cylinders, but provides educational and cultural opportunities for its workers.  'From 2m to 4pm everyday we can attend classes of Mission Ribas, an educational programme where adults who haven’t completed their secondary school education can gain qualifications that allow the to attend university, we also hold regular cultural activities, organise campaigns in support of the revolution, particularly over the elections, and hold regular MERCAL subsidised food markets for the employees.'

As Maria Gabriela pointed out 'we are not only producing goods here, but we are transforming consciousness and organising politically, we hold forums, film showings, organise study brigades to Cuba, as Che spoke of, we are developing the new man and the new woman.'