Broadcasting From The Barrios

[RCG 11.10.12] Today we had the privilege of visiting community organisers in Antímano, a paroquia of Caracas known for its organisation and resistance. Antímano is one of the most deprived areas of the city, where many migrants from the countryside came to settle with the advent of oil discovery and development in Venezuela, as a result the barrio stretches high up into the hills and is bursting with self constructed houses, built with little planning. 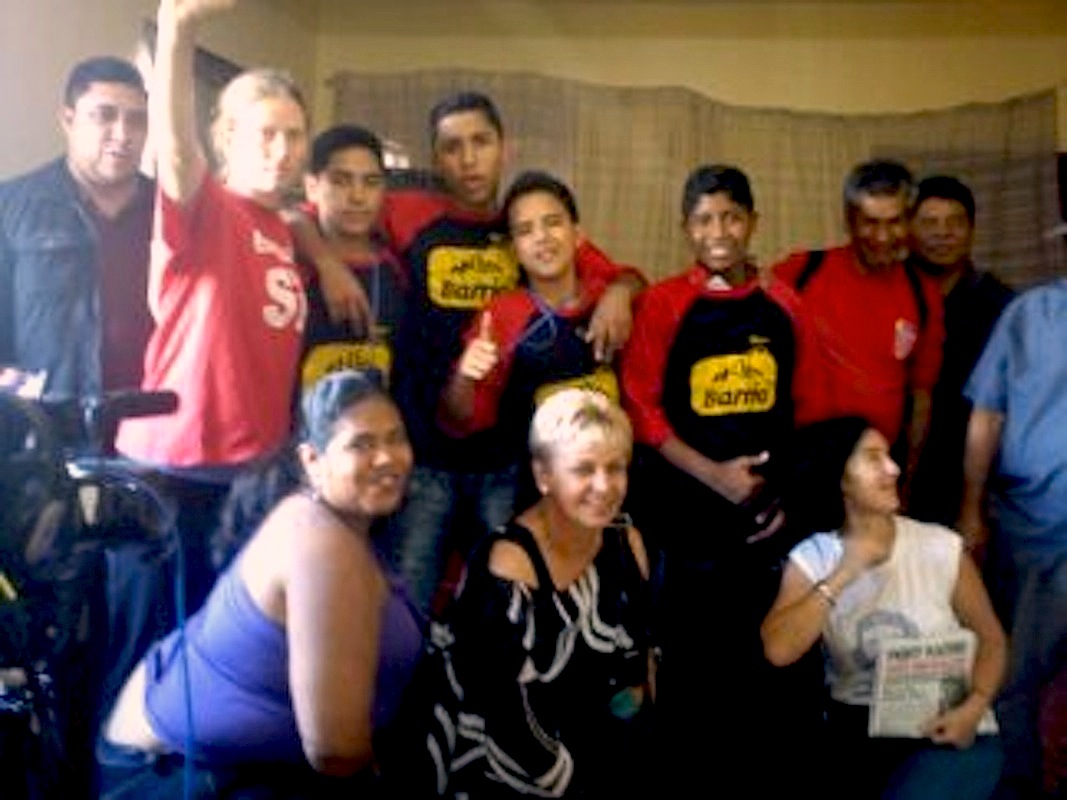 We met with PSUV activist Jimmy Gudimo who has over 20 years experience of community struggle, Gabriel Rivas, a Land committee and communal council organiser involved in developing 800 new houses with the Great Housing Mission in Antímano , and popular educators from the ideological cadre school of Francisco Miranda who have been working hard to transform social consciousness in their community, developing popular participation in the resolution of meeting the communities basic needs, particularly in guaranteeing water and gas supplies. The areas contains over 150 communal councils organised into 10 comunas built around the backbone of social organisations such as Barrio Adentro healthcare and the education missions of Ribas, Robinson and Sucre.

At the heart of the community, high up in the hills, we were invited to participate in a live TV and radio broadcast from Barrio TV and Toromaima Rebelde. Aired on channel 27, The Barrio TV channel has now been up and running for just over a month and a half and seeks to discuss and spread news of the popular struggles in the community and beyond.

To our surprise, the interview was filmed by Federico, a 15 year old community media activist, and three of his friends who were playing an active part in the development of popular power, recovering the airwaves from the clutches of the private media. Leidy Rosendo, the presenter, spoke of the need to develop the communal councils, comunas and social organisations in order find collective solutions to community problems, quoting Che Guevara in his proclamation that 'only the people can save the people', the community can solve its own problems if given the power and control over its resources.

When asked to give a message to the listeners of the radio station we declared 'For us, anti-imperialist, communist activists in Britain, the process towards socialism and the achievements of the Bolivarian Revolution in Venezuela inspire us to keep fighting. The impact of the process, not only for the the Venezuelan people, nor for the whole of the continent, but across the world, cannot be underestimated. The Bolivarian Alliance for the Latin Americas (ALBA) with Venezuela and socialist Cuba at its heart, demonstrate that a better world is not only possible, but is being built here in Latin America today. Our role is now to learn from the struggle for socialism in Venezuela and take its example into our own communities, in order to fight against capitalism from inside the belly of the beast.'