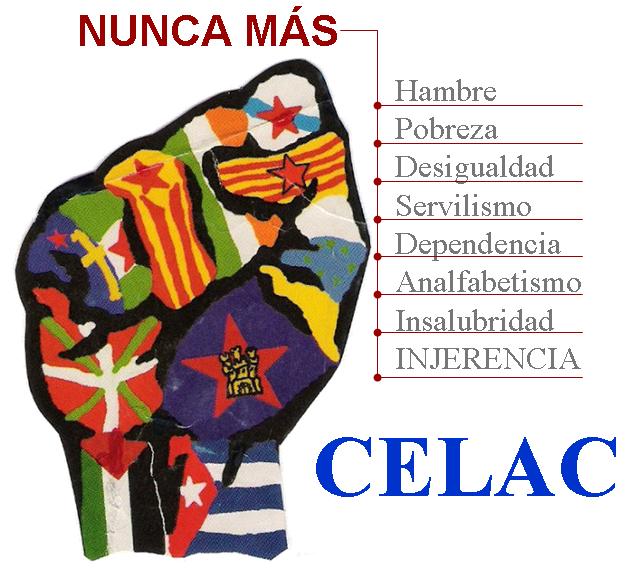 The Community of Latin American and Caribbean States (CELAC) has advanced toward the agreement of a common plan to tackle social and developmental problems in the region.

Representatives of CELAC member states met with various regional organisations and international development bodies in Caracas, Venezuela for a three day conference last week to draw up a common plan to eliminate poverty and guarantee social rights in every country in Latin America and the Caribbean.

The CELAC was founded in Caracas in December 2011, and is composed of every country in the Americas with the exception of the United States and Canada.

During last week’s conference, Venezuelan diplomat and general secretary of the Union of South American Nations (UNASUR), Ali Rodriguez Araque said that the achievement of regional development goals was dependent on the establishment of common policies in the use of primary resources.

“We have great contrasts in the region. On one hand we have high poverty levels, and on the other, we have the potential of huge wealth…only a strategy is missing,” he said.

At the end of the conference, those present released a statement announcing the creation of the Project for a Strategic Agenda of Regional Coordination in Social Matters. The statement was signed by the organisations participating in the conference, including UNESCO, ECLAC, FAO UNASUR, MERCOSUR, the Bolivarian Alliance for the Peoples of Our America (ALBA), and PETROCARIBE.

According to the statement, proposals for incorporation to this strategic agenda will be put to each CELAC member state for discussion in the coming months, for final agreement in the CELAC ministers’ meeting in November, also in Caracas.

For example the leftist ALBA regional alliance, led by Venezuela, along with the UN’s Food and Agricultural Organisation (FAO), will put forward their proposals on how to combat hunger based upon the progress made by Venezuela and allied countries in reducing malnutrition levels.

Reporting on the results of the conference, Venezuela’s education minister, Hector Rodriguez, said today that the conference’s final statement amounts to the agreement of a common social agenda to eradicate poverty, malnutrition and illiteracy in the region by 2024, and that this agenda “contains concrete tasks for every government”.

According to comments made by the minister during the conference, these tasks include the universal guarantee of access to education, healthcare, and adequate nutrition. Regional and international development bodies will also be expected to orientate their work in line with the final version of this common social agenda.

“We’re sure that this will allow us to advance with greater speed in the direction we’ve set ourselves,” said Rodriguez.