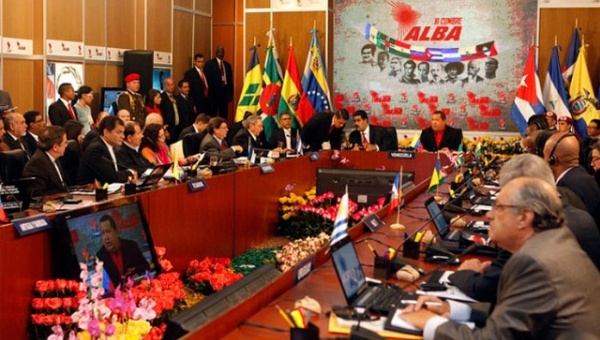 During the meeting, Alvarez emphasized the importance of the regional integration bloc in the acceleration of regional cooperation, particularly in the field of health, education, culture and financial integration.

In efforts to strengthen economic integration, in 2009, ALBA member countries established the SUCRE (Unified System for Regional Compensation), which is a regional currency that is used for commercial purposes.

Most recently, in 2013, members of the economic council of ALBA signed an agreement to create ECOALBA, which functions as economic zone in order to stimulate trade and promote alternative economic trade relations among member countries.

When first created in 2004, ALBA consisted of only two member states: Venezuela and Cuba. It currently is comprised of nine member countries, including Venezuela, Antigua and Barbuda, Bolivia, Dominica, Ecuador, Nicaragua, Saint Lucia, Saint Vicente and the Grenadines.