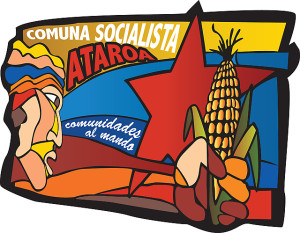 A national Presidential Council of Communal Governance and an independent National Communard Council were created earlier this year.

During the installation of the first regional presidential – commune council, Maduro argued that the creation of a “communal state” meant transforming the current “bourgeoisie state”.

“I’m working on a plan for the total transformation of the state and the remains of the bourgeois state that are still there, full of bureaucracy, corruption, indolence, slowness and abandonment,” he said to representatives of 470 communes in a televised address.

“We have to change it all and the only way to do that is with the conscious people…this presidential council will be a governmental organisation where the communes will have protagonism in important issues like public, social and economic policy, to advance in the construction of socialism,” Maduro added.

Communes in Venezuela are made up of groups of smaller communal councils, which are direct participatory organisations which play a role in the management of community affairs. Communes cover a larger territorial area than communal councils and can receive public funds for larger scale projects and responsibilities.

There are currently 778 communes registered in the country, and over 40,000 communal councils, with the number of registered communes having grown rapidly over the past year.

Since Maduro created the first regional Presidential Council of Communal Governance in mid-July, a series of meetings involving around 2.600 commune spokespeople have been held, resulting in the formation of similar councils in 21 of the country’s 24 regional / state entities. Once the councils are fully formed in each state, activists expect a national meeting will be held with President Maduro to plan the next phase of action.

According to a report by Aporrea.org, during these meetings commune activists also decided that the three main priorities for the movement toward a communal state are the deepening of popular organisation, the transfer of services, responsibilities and property to communes, and the promotion of communal economic activity.

National authorities are also evaluating proposals to allow communes to buy foreign currency as part of their economic activities through state currency controls, and the communes ministry is considering the first requests from 25 communes to transfer them competencies over some local goods and services in the areas of health, education, waste management, infrastructure and agricultural development.

One obstacle identified by many communal activists toward progress in their movement’s goals is the alleged resistance or incompetency of some civil servants or state entities, with complaints of “bureaucracy”, “inefficiency” and “lack of commitment” being made.

“We need to improve critical existing problems with different institutions and entities, so that the men and women there, who are from the revolutionary process, begin to give responses as it should be,” said Irene Torres during one of the recent meetings of commune activists in Lara state.

According to Aporrea, the commune spokesperson added that communal members’ own abilities would also be key to the project’s success. “We have to be prepared, creative, and to permanently educate and train ourselves to orientate planning policies,” she said.