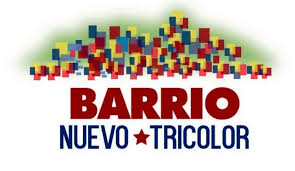 “The country’s resources….are going to dynamise the development of this great mission, to multiply it,” said Maduro in a televised speech.

Additional funds were also announced to improve technical planning in the 73 zones, and to train 4,615 mission participants to assist projects and solve problems that emerge.

According to the Venezuelan head of state, so far this year the GMBNBT has benefitted 4.6 million people through the completion of 273 different projects, which include disaster avoidance, infrastructure and the construction of public spaces. The program was first launched by former President Hugo Chavez in 2009, and was re-started by Maduro last year.

The GMBNBT will also be extended to rural, indigenous and isolated populations where population density would not usually be high enough to merit the opening of a new zone of operation.

The focus on urban and rural regeneration is part of the national executive’s pledge to eradicate extreme structural poverty by 2018. Other programs orientated toward this aim include the installation of groups of social programs called Social Mission Bases in areas where extreme poverty still prevails, and the mass housing construction program underway since 2011.

Despite the widely reported economic troubles which have affected the South American OPEC nation since early 2013, structural poverty continued to fall last year, reaching a record low of 19.6%, down from 30.5% in 2003.

Meanwhile Chavez-era gains in income poverty reduction were conserved, with this poverty rate recorded at 27.3% by late 2013, down from 55% a decade earlier.

President Maduro defended the Bolivarian government’s spending record in his speech, arguing that more of the country’s income had been invested in social spending during the last decade than at any other point in Venezuelan history.

The Venezuelan president said that 64% of government revenue is spent on social purposes, compared to around 30% by previous administrations.

Opposition critics argue that high spending has squandered the oil boom of the last decade through corruption and ill-conceived attempts to “buy” the loyalty of the poor, and is partially responsible for problems such as high inflation.

Maduro said that in the last decade US $600 billion had been spent on health, education, food production, infrastructure, and other social policies.

“This is a debate between the socialist model that invests the country’s wealth in the people’s development, and the capitalist one that sucked up all the wealth and only invested to reproduce the profits of the business elite that looted the country,” he argued.