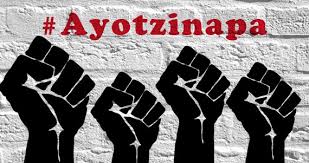 Independent investigations continue to continue to cast doubt on Mexico's official story about what happened to the 43 Ayotzinapa students.

The Mexican government’s claims about what happened to the 43 forcibly disappeared Ayotzinapa students has been dealt another blow, this time by Austrian forensic experts who found no DNA links between the missing students and human remains treated as key evidence in the case, the Mexican daily La Jornada reported Saturday.

Investigators from Austria’s University of Innsbruck studied 53 samples of bones, hair, and clothing found on the bus where the students were traveling before they were kidnapped and almost a dozen samples from the garbage dump and river where authorities claim the bodies were burned and dumped.

But with no DNA links to the 43 students, none of the samples offered evidence of the whereabouts of the 43 students’ remains.The Austrian experts plan to carry out new genetic testing to further investigate the samples.

The analysis comes as the relationship between Mexican prosecutors and the Interdisciplinary Group of Independent Experts working on the case, known as GIEI, has suffered a breakdown after the Mexican authorities unilaterally presented study results that manipulated findings to serve the government’s political interests of closing the case.

Mexican authorities have insisted on solidifying the version of events they call the “historical truth” of the Ayotzinapa case. This official version claims that the 43 students were burned in the Cocula garbage dump, located about 18 miles (almost 30 km) south of Iguala, Guerrero, where they were kidnapped on Sept. 26, 2014.

Independent experts and families of the victims have rejected the story. An opposition lawmaker recently called it the “historical lie” of Ayotzinapa. Preliminary analysis by independent foreign fire experts recently found that there was enough evidence to prove that there was a fire in the Cocula garbage dump, but added that a “large scale test” would be needed to scientifically determine whether the students’ bodies were indeed burned. Mexican authorities argued the evidence suggests that “17 adult human beings were burned.”

Amnesty International has now joined the GIEI in slamming the Mexican government for exaggerating the findings of the latest study, saying it was “totally absurd” to paint this evidence as groundbreaking news in the case, La Jornada reported Saturday. The organization argued that by presenting the findings as “conclusive,” the Mexican government “only played with the suffering of the families, denying their right to truth and justice.”