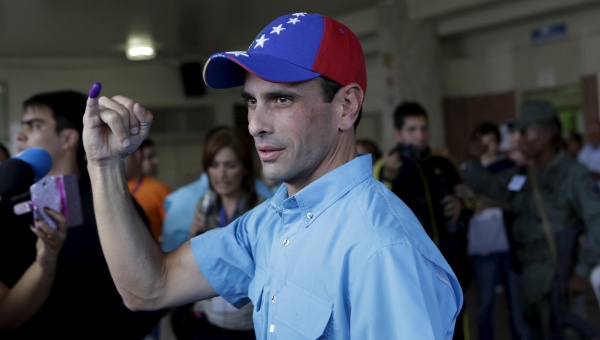 The big news out of Venezuela’s Dec. 6 legislative elections is the victory of the opposition United Democratic Roundtable (MUD) over the incumbent United Socialist Party (PSUV) of President Nicolás Maduro. Shockingly, the MUD achieved a two-thirds supermajority in the National Assembly, which, according to the constitution, could allow it to remove Supreme Court judges (Art.265), appoint key officials such as an independent attorney general and a national comptroller (Art.279), and approve amendments to the constitution itself, subject to ratification by referendum (Art.348).

That supermajority is razor-thin. The MUD claims 112 seats out of 167 — exactly two-thirds. Anything less than perfect unity and the list of powers available to the MUD diminishes considerably. But how did the MUD achieve this landslide win in an electoral environment widely regarded as stacked in favor of the PSUV? A variety of factors were at play, and the MUD caught some remarkable breaks.

First, the most important element of the Venezuelan electoral system was not stacked toward the PSUV, per se, but toward whichever alliance is the largest. That is, the system is set to deliver to the largest party or coalition a greater share of seats than its votes might suggest. At the time the electoral law was crafted, no one imagined that the largest party could be any other than the PSUV. That bit of hubris came back to bite the incumbents.

Sixty-eight percent of the Assembly seats are allocated in winner-take-all contests, in districts with one, two, or three seats available. Voters in these districts can cast as many votes as there are seats. As long as voters cast all their votes for candidates of the same party or alliance, the team with the most supporters in a given district can take all its seats. Venezuelan voters did just that, and every district produced a sweep for either the MUD or the PSUV. Most of these, of course, went to the MUD, which captured 81 of these seats to the PSUV’s 32.

The second tier of the electoral system, accounting for 30 percent of the Assembly’s seats, provides party-list competition in Venezuela’s 23 states plus the Capital District. There, the MUD’s win — 28 seats to the PSUV’s 23 — was more in keeping with its overall vote share of 55 percent to 40 percent (with 5 percent going to other lists). So far, then, the seat tally is 109 to 55, three short of the 112 needed for the MUD to transform Venezuelan politics. So where did those last three seats come from?

The answer is Venezuela’s reserved seats for indigenous representatives. There are three indigenous districts, spanning 10 Venezuela’s states. Whereas voters in 13 states, plus the Capital District, cast ballots for their candidate races and for the party-list tier, all voters in those 10 states are allowed to cast a third ballot as well, for an indigenous representative. The candidates for these seats must be endorsed by certified indigenous groups, but their alliances with one or the other national coalitions are also widely known.

In the two largest indigenous districts, one spanning three western states and the other spanning five eastern ones, the results mirrored the national party contests. That is, across these regions, the MUD won solid majorities of votes, and the indigenous candidates allied with the MUD won those races. So that gets the MUD to 111 seats, just one shy of the magic threshold.

But in the southern indigenous district, something strange happened. The district is made up of the remote and thinly populated states of Apure and Amazonas, where the PSUV won a majority of the party-list votes and where its indigenous candidate was an incumbent deputy in the National Assembly, Argelio Perez. Somehow, Perez could not hold the seat. One factor was that an indigenous group that endorsed PSUV-sponsored candidates in the other two indigenous districts backed a splinter candidate in the south, taking 10 percent of the vote. But even that was not enough to close the gap with the winner.

Just as importantly, 18 percent of voters who cast party-list ballots in Apure and Amazonas failed to exercise their franchise in the indigenous seat contest. This reticence appears to have come almost entirely at Perez’s expense. Whereas the winner, Romel Guzamana, won 98 percent as many votes as the MUD lists won in Apure and Amazonas, Perez claimed only 67 percent as many votes as the PSUV lists did. For whatever reason, PSUV supporters just failed to push the button for Perez, and the result was a MUD super-majority in the Assembly that could transform Venezuelan politics.

Of course, the MUD’s challenges are only beginning. The PSUV controls every national institution. Its capacity for obstruction of the MUD agenda could prove formidable. And rivalries internal to the MUD — for example, between the gradualist Henrique Capriles and the maximalist Leopoldo López — may present greater obstacles than any constitutionally designated vote thresholds. Still, reaching two-thirds in the National Assembly was a remarkable feat. Everything that could have gone right for the MUD went right — including snatching victory from the jaws of defeat in that last indigenous reserved seat, in a sparsely populated PSUV stronghold deep in the rain forest.

John Carey is the Wentworth Professor in the Social Sciences at Dartmouth College, where he teaches in the Government Department. More about his research is here.