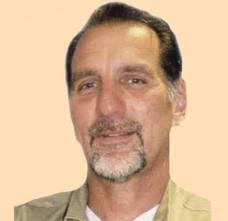 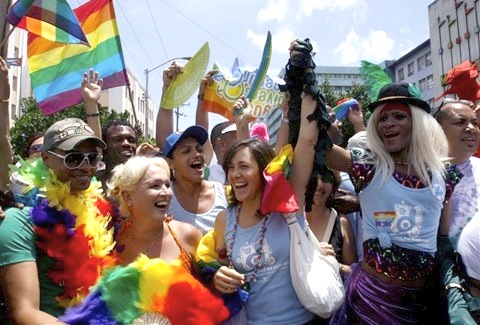 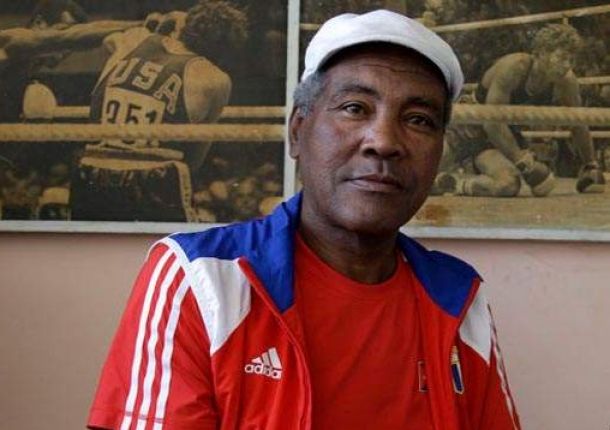 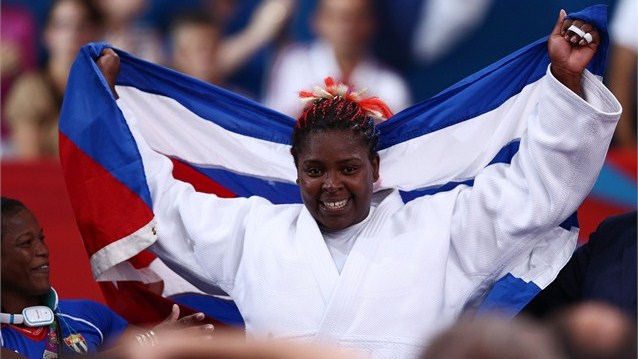 Oswaldo Paya's Death: A Tale of Imperialist Lies and hypocrisy

By Victoria Smith. for Rock Around the Blockade

On 22 July, Oswaldo Paya died in a car accident on the Las Tunas-Bayamo highway in the proximity of Las Gabinas, Granma Province. Paya was a leading member of the counter-revolutionary organisation Christian Liberation Movement, a group that has been involved in trying to destabilise the socialist government of Cuba since 1987. In 2002 Paya received the European Union’s Sakharov Prize for his counter-revolutionary attempts to undermine Cuban Socialism. Whilst not having been officially in the pay of right-wing counter-revolutionaries in Miami, Oswaldo Paya had been receiving funding from right-wing organisations in Spain and Sweden, including the governing Popular Party in Spain. The car crash has sparked a barrage of accusations and internet rumours from Cuba’s enemies, alleging that his death was political. 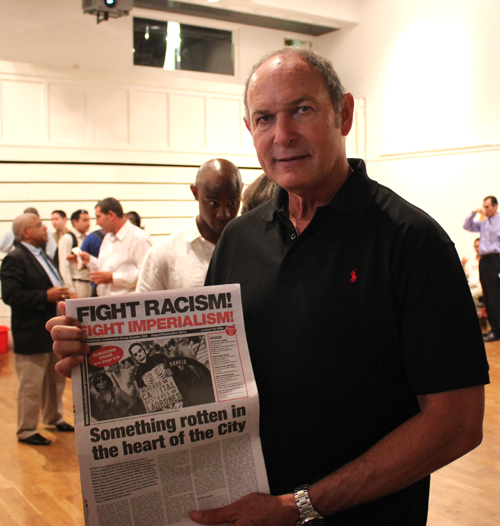 Representatives from the Revolutionary Communist Group and its campaign in solidarity with the socialist revolution in Cuba, Rock Around the Blockade had the privilege of meeting with members of Cuba’s Olympics team in London during an event mark Moncada Day on 26 July.

Moncada day commemorates 26 July 1953 when, in response to the military coup of US-backed dictator Batista the previous year, Fidel Castro and others carried out an audacious attack on the Moncada Barracks in Santiago de Cuba. It failed militarily but succeeded politically and sparked the mass movement and guerrilla struggle which led the Movement for the 26 July to power in January 1959.

Among the athletes present were previous Olympic and World Championships medallists in athletics, judo, archery, wrestling and more. It was a special privilege to meet Alberto Juantorena who in 1976 became the only athlete ever to win both the 400 and 800 metre Olympic titles. He is now President of Cuba’s Olympic Committee and Vice President of the National Institute of Sport, Physical Education and Recreation (INDER). In February this year, during a solidarity brigade in Cuba, Rock Around the Blockade donated £650 worth of sports equipment to INDER to contribute to its 'Project for Life', which promotes open air physical activity in all communities throughout the country.

In socialist Cuba access to sport is a right, not a privilege and this has been reflected in Cuba’s sporting success in the international arena. In the Olympics, Cuban medals per capita have consistently seen them among the top performing countries in the world. There are 110 athletes, including 45 women, competing in 14 of the 26 Olympic disciplines in London 2012. While the Olympics as an institution has a history of corruption and racism, RCG and RATB activists will be wishing the Cuban team all the best.

Around the country, RATB will be celebrating Moncada Day. In London, there will be a street rally outside the Angel tube station (northern line) on Saturday 28 July from 12-3pm, with music and speeches. Everyone is welcome.

The role of unions in revolutionary Cuba 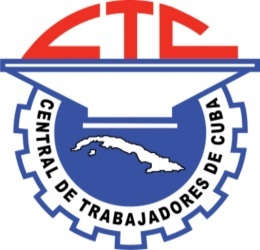 By Gloria La Riva First published 23 May
by Liberationnews.org

Sam Farber’s article of May 15, “Who do Cuba’s unions defend?” in the “Socialist Worker,” newspaper of the International Socialist Organization, exposes once again Farber and the ISO’s undying hostility toward the Cuban Revolution.

The object of Farber’s denunciation is Salvador Valdés Mesa, the General Secretary of the Confederation of Cuban Workers, or CTC. Farber quotes Valdés Mesa’s talk on May Day 2012 at Havana’s mass rally of over 1 million people, lamenting that Valdés called on workers to “work harder and more productively.”

He derisively says, “A legitimate workers’ leader would at least have asked for a salary increase to protect the Cuban workers from the uninterrupted rise in the prices of consumer goods. But Valdés Mesa did nothing of the sort.”

Continuing, Farber says, “Without ifs, ands or buts, he declared that there will be no salary increases ‘while the country, with the measures that have been adopted, has not yet reduced payrolls and eliminated undue subsidies and free goods that conspire against an increase in the productivity of labor.’"

Farber’s latest anti-Cuba hit piece stems from his view that Cuba is not socialist, but rather what he calls a “bureaucratic collectivist” society led by a new "state capitalist" ruling class that oppresses and exploits the workers. 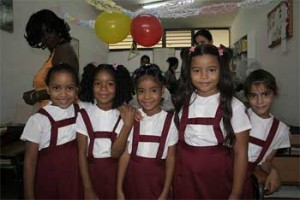 The story of children in Cuba during the revolutionary period begins with a dark chapter: “Operation Peter Pan” Based on one of many invented lies against the revolution, this was an operation organized and financed by the CIA and implemented with the complicity of some Catholic priests and Falangists. They invented the lie that the revolution was going to take away the parental rights of parents and that their children were going to be sent to Russia. They then drafted and circulated a supposed law that was “signed” but allegedly had not yet been announced. In this way they deceived many parents who sent their children to the United States. These mothers and fathers also believed in the promise that the Revolution wouldn’t last long and that the children would soon return. As a result of this operation, 14,000 children were removed from the country without their parents, many of them never to see their families again. I won’t dwell on the suffering and trauma caused to those children and their parents because that’s not my aim here and these details are widely known. What I want to emphasize is that everything was organized on the basis of several lies.

Internationalism at the core of the Cuban Revolution

‘ALBA, and especially CELAC, are the only things that may save Latin America.’ Orlando Borrego

On the brigade, it was made abundantly clear to us that internationalism is at the core of the revolution. The clearest illustration of this is Cuba’s central role in the Bolivarian Alliance for the Americas (ALBA) and the Community for Latin American and Caribbean States (CELAC) – two regional organisations that aim to act as a counterweight to US imperialist control in the region.