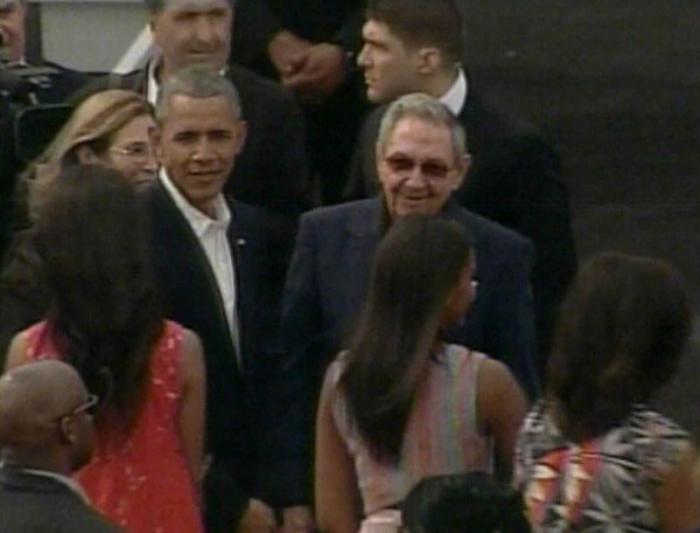 Later on, Obama participated in the Cuba-U.S. Business Forum, where he exchanged with Cuban workers from both the state and non-state sectors.

On the final day of his visit, the U.S. President addressed the Cuban people from Havana’s Alicia Alonso Grand Theater.

The final activity of his agenda was the baseball game between Cuba’s national team and the Tampa Bay Rays of the U.S. Major League in Havana’s Latinoamericano Stadium, which he attended with his family and legislators and cabinet members of the accompanying delegation.

He enjoyed the beginning of the game alongside President Raúl Castro, who was also accompanied by the President of the National Assembly of People’s Power Esteban Lazo, First Vice President of the Councils of State and Ministers Miguel Díaz-Canel, and other government officials.

Obama’s visit came 15 months after the announcements regarding the decision to reestablish relations between the two countries on December 17, 2014. This is the first visit by a serving U.S. President since the triumph of the Cuban Revolution.