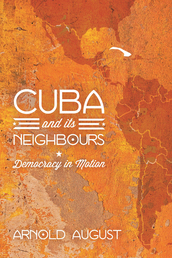 The analysis of the Declaration of Independence and the Constitution, their limitations and their class origins is very revealing. The case study of the current president [Barack Obama] is part of the evaluation that I am making. The section on the U.S. presidential elections in 2008 and 2012, the significance of the existent president and how the electoral system functions in this country seem to me among the best that I have read on this theme.

The analysis of both the potential and the limitations of the Occupy Movement was very interesting for me. In fact, I learned only a couple of weeks ago [March 2013] while watching the TV channel Russia Today (RT) about the report that was divulged as a result of the Freedom of Information Act in which the FBI admitted having monitored this movement, among even worse acts than this. The U.S. press did not in any way reflect these events, at least not The New York Times that I read.

However, it was not solely this section of the book that impressed me. With regards to the absence of elections and democracy in Cuba, the publication contributes to undoing once and for all the myths imbued into the minds of consumers of information that is manipulated by the mass media, which is controlled by major economic interests, following the policy established by the political elites in this country.

The book’s description and analysis of the Cuban democratic and electoral system is excellent. It is undoubtedly the best that I have seen written on this theme. There are elements of the democratic functioning of Cuban society that even I myself had not noticed . The publication provides the key to recognizing unity and development of consensus as guides to the entire democratic process. The critical observations are perceptive, very intelligent and placed in their contexts.

I have begun to recommend the book to all those who are interested in the subject of Cuba. I sincerely believe that it has made a significant contribution to the elucidation of the democratic reality in Cuba. The book is being converted into a very valuable and essential instrument in the struggle in the field of ideas.'