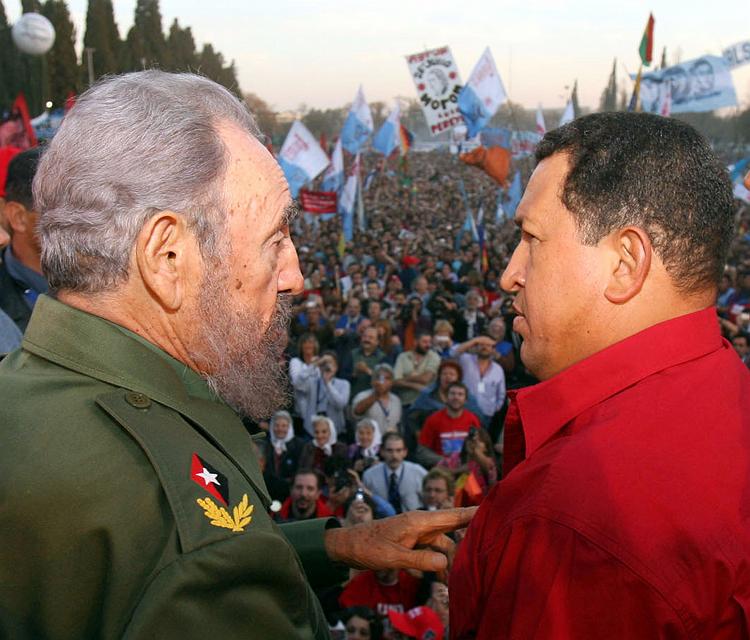 On the virile tears that accompany these words flows my commitment to the justice that our brother Hugo Chávez sought, a commitment that won’t give up as long as I live so as to honor him with my conduct. It is a commitment that I know multiplied by five no matter where hatred and vengeance might confine us within this cruel empire.

I have faith in the Venezuelan people, and that their tears will merge with those of all of those who mourn him today to give the world a lesson on patriotism. Hugo Chávez, our Comandante, is much alive today in the heart of every honorable children of Venezuela.

To his loved ones, to his comrades, to the people that he loved so much goes my embrace, the embrace of my family and that of the Five.

For now Comandante, but Until Victory Always.'

René González Sehwerert is a member of a group of men known as the Cuban Five. The Cuban Five are five Cuban men who are unjustly imprisoned in the United States after being arrested by the FBI on Sept. 12, 1998 and convicted in U.S. federal court in Miami in 2001, in a political prosecution by the U.S. government. The Five were falsely accused by the U.S. government of committing espionage conspiracy against the United States, and other related charges.