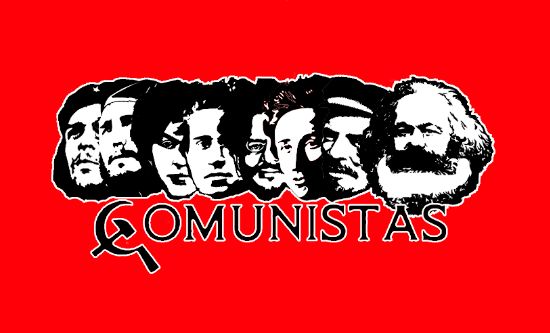 The assault by sections of the British left on socialist Cuba has continued unabated over the past period. Like their partner in crime, US imperialism, they sense the possibility of victory in their long campaign against the Cuban state. To bolster the credibility of its reactionary position that Cuba is capitalist, and that the Cuban state should be smashed, Socialist Worker has published an online document from ComunistasCuba.org, an obscure Cuban group (12 August 2021). What is evident from even the most cursory examination of the article is that it has nothing to do with communism. Instead, its purpose is to enable supposedly socialist forces opposed to Cuban socialism to give a radical, pseudo-Marxist gloss their position and to obscure its essence: an alliance with imperialism. ComunistasCuba is lending itself to the offensive against Cuban socialism.

In looking at the ComunistasCuba we need to understand the playbook that the British reactionary left uses to express its opposition to Cuba. Whether it is Socialist Worker, Socialist Party, Socialist Alternative, Socialist Appeal or any other Trotskyist or libertarian/anarchist sect, it has certain consistent elements:

In short, what these sections of the left write about Cuba, it is social chauvinist boilerplate: vacuous, repetitious generalities which could have been written 10, 20, or 50 years ago but always predicting the imminent collapse of Cuban socialism. Lying behind this is the implication that the Cubans have got it wrong, and that the revolutionary process should instead have conformed to some kind of abstract schema devised by a British left which has failed to achieve anything.

ComunistasCuba is useful for these reactionaries not only because it can be presented as a supposedly authentic Cuban voice, but also because it follows the British left’s playbook. For instance, on the blockade: ‘It is true that the blockade has a negative impact’, the ComunistasCuba authors declare, but ‘the masses are tired of hearing how everything is blamed on Yankee imperialism.’ And in reality, they declare: ‘the spontaneity of the masses on 11 July had its causes much closer to the everyday life of the working class. These include shortages, mismanagement and neglect of economically vulnerable neighbourhoods.’ So the reader is supposed to conclude that the consequences of the US blockade are not immediate for ‘everyday life’. Instead of investing their energies in opposing US imperialism, they accuse the Cuban state of mismanaging the country’s shrinking resources as it grapples with the challenge of protecting its population from economic warfare. Alongside this, ComunistasCuba belittle the role played by external social media, concluding instead that ‘to reproduce the argument that the 11 July demonstrations were prepared by the counter-revolution is to cede to the right a capacity for organisation and mobilisation that it does not have.’ The millions of dollars granted to reactionary organisations and individuals both within and outside Cuba did have influence, and to belittle the role of external interference is to whitewash imperialism’s determination to destroy Cuban socialism.

ComunistasCuba’s conclusion is that ‘the majority want to hear the government carrying out a profound self-criticism, recognising that 11 July is largely a product of its mistakes.’ It wants us to conclude that the criminal blockade, the 243 extra measures implemented by the Trump presidency, the determination of President Biden to tighten the screws – have little impact on the ‘everyday life’ of the Cuban people and that the policies of the Cuban state are the real problem. This harmonises with the views not only of the reactionary left outside Cuba, but also with the imperialists themselves who portray socialism as the cause of Cuba’s troubles. And ComunistasCuba is not done yet: ‘It will take a lot of work for the Cuban government to correct the terrible shortages that Cuba suffers.’ It offers no specifics, however, on the content of such work, but we can agree that it will take a lot if we are to consider the scale of the necessary international campaign to end the blockade. However, ComunistasCuba does not bother to make it clear as to whether it regards this as of any importance.

Now ComunistasCuba does concede that ‘Cuba is not a dictatorship’. ‘But’, that word which is the preface to the real point any writer wants to make, ‘the rights of many citizens who went out to demonstrate were violated. It is true that the terrible word “disappeared” has been manipulated. But hundreds of detainees were unable to communicate with their families for days, and their whereabouts were unknown.’ Yet if the word ‘disappeared’ has been manipulated, why bring it to our attention? And then further on, why tell us that we must ‘always remember that Stalinism in its different versions are just counter-revolutionary deformations of the communist ideal’? ‘Stalinism’ is a label which has no political content – it is an empty epithet. Using such a label is a very dishonest form of politics as it avoids any direct engagement.

‘The silent majority increasingly differentiate between Fidel Castro and the current government. They see the former commander-in-chief as someone who would have resolved the economic crisis alongside the people and not the current leadership of the country.’ This attempt to separate the current leadership from Fidel Castro is now becoming standard fare among Cuban reactionaries. One example is Hilda Landrove, one of many self-appointed spokespersons for the Cuban ‘masses’ and a one-time consultant to a Danish school on developing entrepreneurs, and a virulent anti-socialist who also agrees with the SWP that Cuba is ‘state capitalist’. Claiming in NACLA (27 July 2021) that one of the precipitating factors of the crisis is ‘the physical disappearance of charismatic leader Fidel Castro’ she also manages to agree with ComunistasCuba that ‘although the blockade should be eliminated out of principle, it shouldn’t be used as the definitive explanation of Cuban people’s ongoing hardships.’ Fidel Castro was a mighty leader, but he was not a magician: not even he was able to conjure away the blockade. The term ‘silent majority’ was coined by reactionary politicians and especially favoured by Margaret Thatcher: only they could divine what this ‘silent majority’ wanted, and it always happily coincided with their own political views. It seems to be the same for ComunistasCuba.

ComunistasCuba reduces President Diaz Canel’s intervention during 11 July and the period immediately after to one of calling revolutionaries to the streets and no more. It does not engage with what he said in assessing the nature and reasons for the protests that took place on 11 July where he spoke openly about the problems that had been created by the tightening of the blockade, the need to respond to the Covid-19 pandemic and the resources it necessarily consumed, the inability to source key medical imports to help with the drive to develop Cuban vaccines, not to mention the loss of tourist income and the drop in remittances. This enables ComunistasCuba to claim deceitfully that ‘the Cuban government is trying to minimise and criminalise that day’s protests’ even though Diaz Canel had specifically acknowledged the participation of ordinary people caught up in an externally-imposed agenda.  Not that this is the only example of an untruth: the authors claim that the demonstrations mounted by those defending the Revolution served to ‘mobilise hundreds of Communists, but it has also been widely rejected.’ This is a repetition of the bourgeois media lies about the size of the 11 July protests – greatly exaggerated – and the size of the pro-government demonstrations – all but ignored.

‘Only from a critical, Marxist analysis can one understand what happened on 11 July’ ComunistasCuba says. Just so, but ComunistasCuba does not offer it. There is no attempt to present let alone analyse any of the serious economic challenges the Cuban people face. There is no attempt to engage with the Cuban leadership, no analysis of what policies are being put forward to address a very difficult situation. It does not point to any specific errors the leadership has committed which has contributed to the problems, it does not offer any steps to rectify the situation. It has not a single direct quote from a Cuban leader, it has no facts about the economic situation, and no serious explanation of what underlies those facts. There are plenty of communists in Cuba – they are in the Communist Party and the Union of Young Communists. They have nothing to learn from this shallow document.

Alan Macleod (https://www.mintpressnews.com/black-lives-matter-us-government-stoking-racial-tensions-cuba/) has recently pointed out how the US exploits minority groups in ‘enemy countries… not simply to promote tensions there; it is also to create a narrative that will help convince liberals and leftists in the United States to support American intervention’ – hence its attempts to use the Cuban hip hop scene and black communities to advance a counter-revolutionary process. Whether they are aware of it or not, ComunistasCuba are part of this process: with their pseudo-Marxism they are lending themselves to the forces of imperialism, in this instance the reactionary, chauvinist left in Britain who are only too happy to see the Cuban revolution destroyed.