8 months on: the caravana against the blockade is going strong!

The monthly caravan protests against the US blockade of Cuba continued this month, showing the world's opposition to the genocidal US blockade. This month, activists from Rock Around the Blockade and the Revolutionary Communist Group joined with organisations around the world to decry imperialist attacks on Cuba and show that there are people all around the world who support socialist Cuba.. Get in touch if you'd like to participate in the activities next month! Here are some photos and videos from around the country:

As Glasgow prepares to host world leaders and activists from around the world for COP26, international climate change conference, Cuba solidarity activists from Glasgow RATB held a stall in the city centre to demand an end to the criminal extraterritorial US blockade of Cuba - a country leading the world in sustainable development. We were outside Barclays Bank to oppose British banks that implement US sanctions. 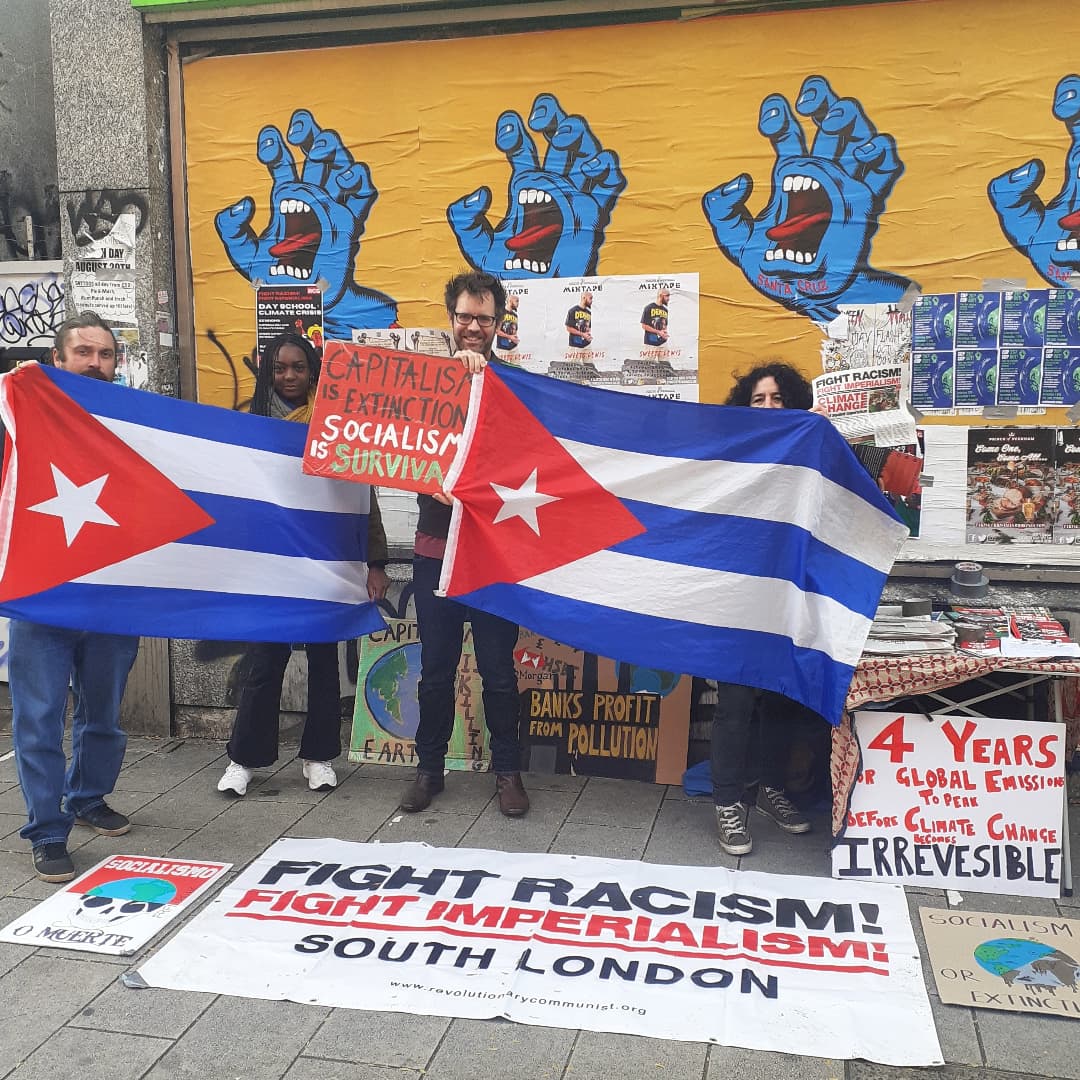 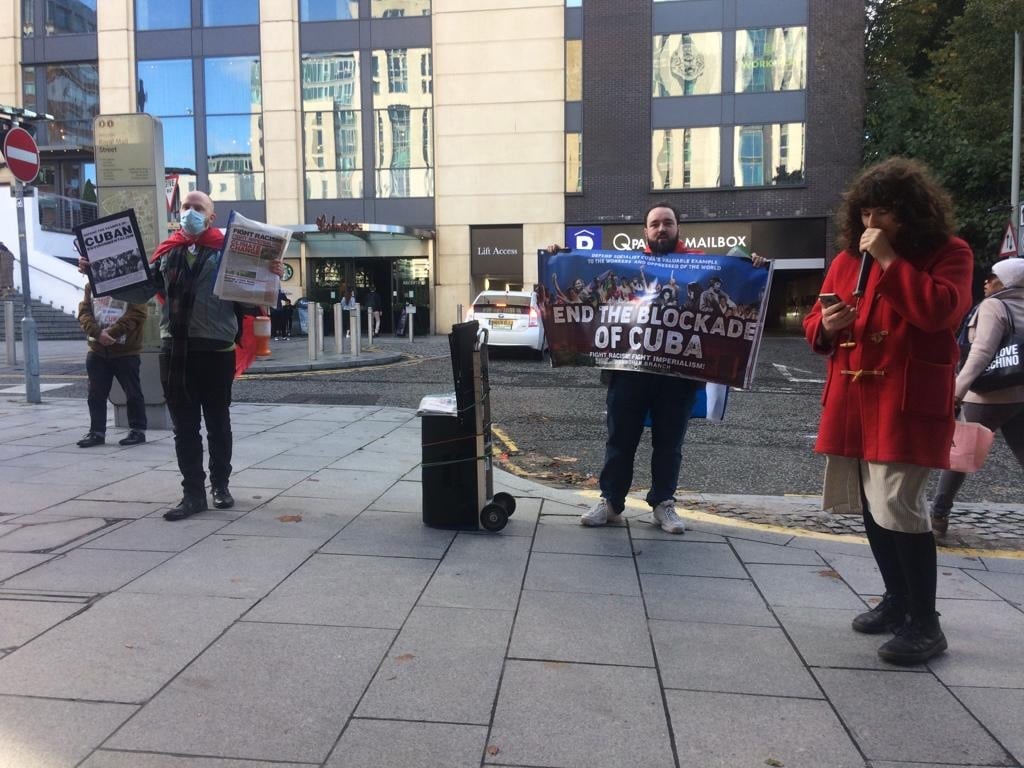