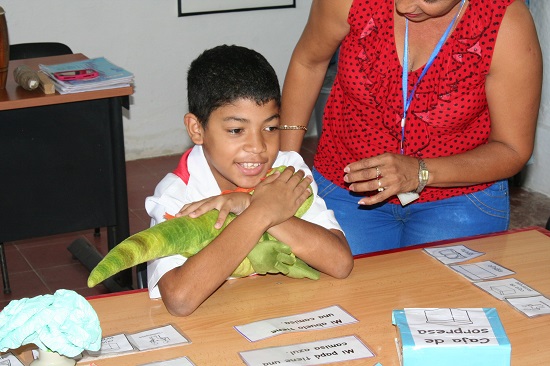 Jose Marti, the 19th Century Cuban national independence hero and revolutionary thinker said that ‘To be educated is to be free’. The importance of education has always been at the heart of the Cuban revolution – the 26 July Movement revolutionary programme declared: ‘We believe that true democracy can be attained only with citizens who are free, equal, educated and have dignified and productive jobs.’ From January 1959, the revolutionary government took steps to create a free and more productive education system. The 1960 literacy campaign recruited 300,000 young Cuban volunteers to live in the poorest rural areas teaching peasants and rural workers to read and write. Within a year every Cuban had achieved basic literacy. 37 schools were built in the first year of the revolution, compared to one school built in the previous 57 years. Free universal education up to and including university is a central pillar of Cuban socialism today, from specialist schools to support children with disabilities to far-flung solar-powered mountain schools teaching one or two children, education is for all.

Our brigade’s visit to the William Soler school shows what can be achieved when human beings and their needs and potential are at the centre of social, economic and political organisation of society.

In the Havana province of socialist Cuba, William Soler special school, founded in 1985 supports children with multiple and complex needs such as deafness, blindness, autism and learning impairments. The children can come to the school from birth to 19 years of age, to become educated and gain essential life skills. On our visit there were only three or five children and one or two teaching staff in each spacious, light classroom. In one classroom two boys, one of whom has autism, confidently practiced their speech with gentle and loving encouragement from their teacher. The teacher explained that neither could talk when they joined the school, and that they incorporate the children’s interests into their learning, for example as one child was interested in technology, he learned to read using a computer.

The pupils are encouraged to learn as far as their capabilities will allow and are grouped according to their personalities and aptitudes as well as learning needs. Each child’s education is prioritised, not merely in words but in reality – if a child is off school then a teacher will even bring the day’s work to their home. And what does a parent have to do to get their child into a school of this quality? If they know of the school, they can just bring them directly, we’re told, and if they don’t, they will be referred by one of the many polyclinics which all Cubans have free access to.

I work in a mainstream school in Britain, where continued austerity since the 2008 crisis has stripped school resources from state education and left a grim reality for working class families; it has one of the widest attainment gaps in education for children living in poverty or with additional needs. One fifth of children in Britain are under-achieving in school, 2.5 million children in England live in poverty and one in five children leave school unable to read and write properly.

As a teaching assistant I work mainly with children with special educational needs. Currently over 1.2 million or 14.6% of pupils in England have a form of special educational need, but thousands of these children are being failed by the education system while British imperialism pushes the cost of the capitalist crisis onto the most vulnerable, through on-going cuts to school budgets, health and social services and community spaces which are being sold off to private capital by cash strapped councils. Teachers are forced to cover ‘for canteen staff and cleaners’ and some schools are being forced to close early to save money. Parents have also reported being asked to help schools pay for basic equipment such as textbooks, pens and paper and some teachers are taking large voluntary wage cuts in order to stop support staff being cut.

It is a demonstration of the utter failure of this system that thousands of children with additional needs are being denied access to learning with their peers – 2,060 young people and children were out of school ‘awaiting provision’ at the start of this year and about 2,400 more were not in school as their parents had been forced to make ‘other arrangements’ – this generally means leaving work and schooling children at home with no support, which can often be highly stressful and isolating for both children and parents.

I work with many dedicated and driven teachers and teaching assistants, who are really invested in the children they work with. The difficulty is with the way our workplaces are run. For example, I work with a child who can only communicate through a few sounds, laughter and his movements. I work with another teaching assistant and we have ended up making a timetable of activities for him based on a few visits from speech and language therapists who now rarely visit him. He has made brilliant progress and can now for example make eye contact with adults and seek out interaction with his peers, even playing alongside them and copying them, which was unthinkable at the beginning of the year. The problem is that we are working without proper knowledge of his clinical and developmental needs, as this information is not accessible for us, and that once the end of the academic year comes, we will more than likely be moved to work with a different child. We have been told that the executive head teacher likes to move staff around when they get on too well, or when they develop ‘too much’ of a bond with a child.

Specialist support is unreliable, and it is increasingly difficult to secure the proof required to get the right funding for specialist help and therapeutic support for children even with the most severe needs. Children are being forgotten and side-lined, especially if they have greater problems or barriers in accessing education.

I was inspired by the approach which is possible under socialism where education is focused on children’s abilities and overcoming their specific limitations, giving them life skills, encouraging creativity and discipline and participation in Cuban society. For children in Britain to access child-centred learning is not impossible and can be provided in special schools which often have a better staff-to-child ratio, specialised facilities and training. DfE statistics show there were 1,256 special schools in the UK as of the last academic year and getting a child enrolled is a difficult process. Parents or carers have to apply for an Education, Health and Care (EHC) plan, a legal document that proves the child’s entitlement to additional funding, and the majority (84.5%) of children with a diagnosed form of SEND do not have an EHC plan. The difference in socialist Cuba is that each individual child is supported and directed to reach their potential, whichever educational facility they attend. Child centred learning is the norm, not the exception, and was evident in the shining confidence and enthusiasm in all the children we met. 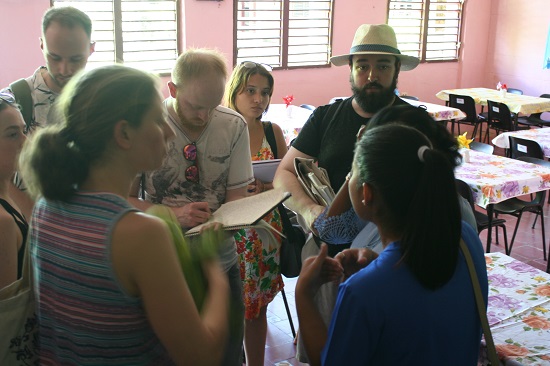 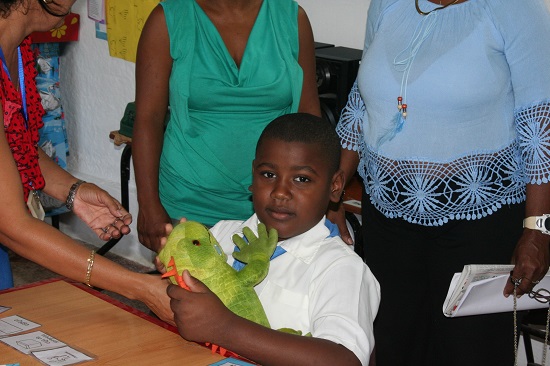 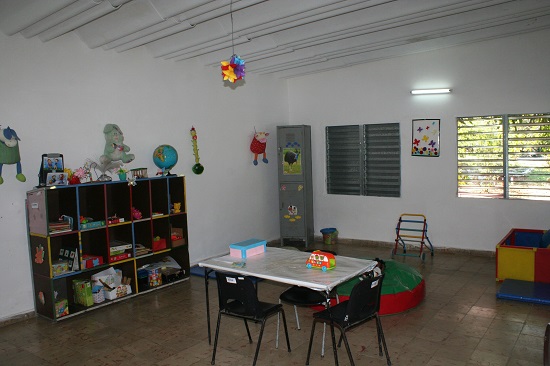 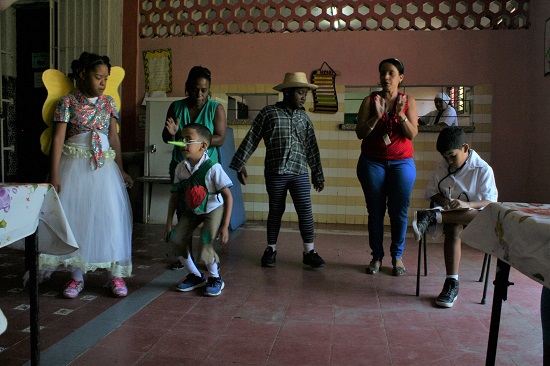 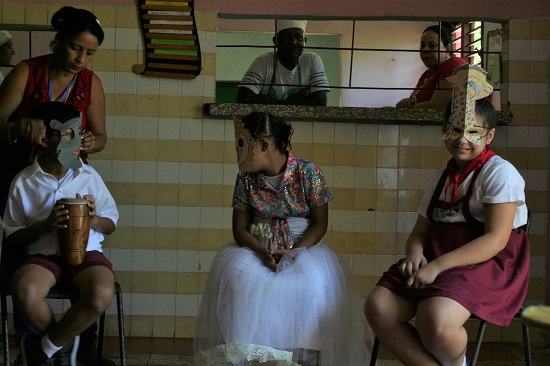 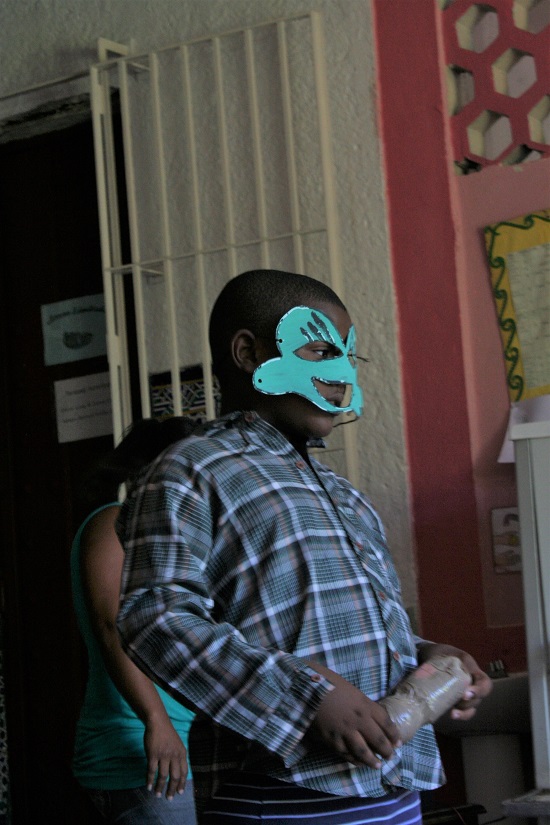