Participation and elections in Cuba – a lesson in democracy 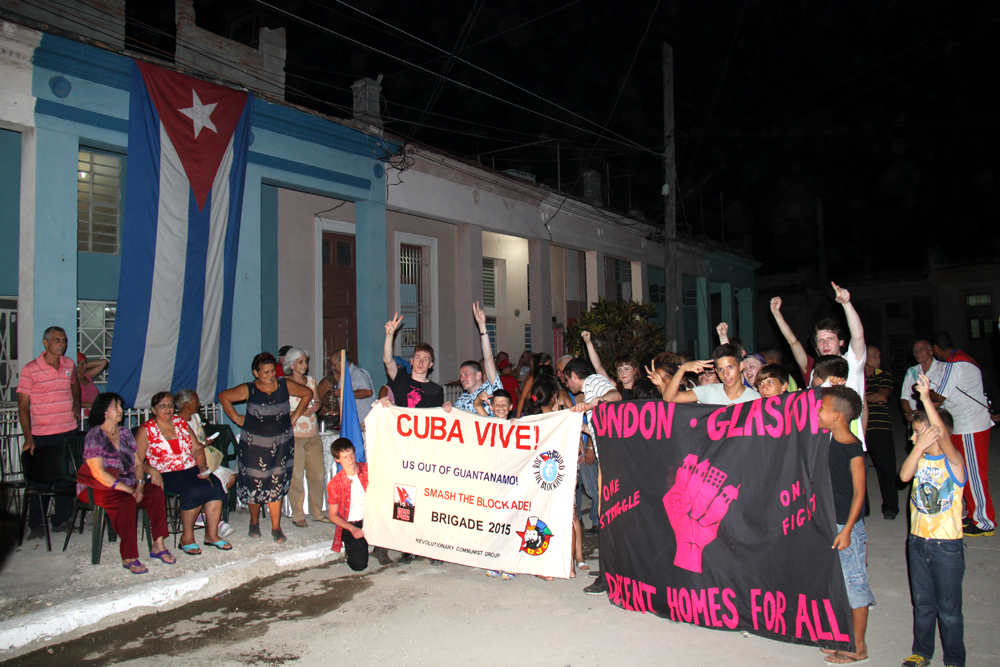 On 19 April, just before the brigade arrived in Havana and two weeks before the British general election circus, Cuba held nationwide municipal elections. The Municipal Assemblies of people’s power represent the dynamic base of the revolution. We met with Osmani Castro from Havana’s Provincial Assembly who explained how the process works; ‘In Cuba, nobody is without protection. We have a system of civic protection and social assistance from the state and in this system, the municipal delegate is the core of all decisions large or small. It is up to the delegate to analyse the situation of people who are ill, are alone, or are very old, and ensure these people receive the care and attention they need. So if my house is on fire or hit by a hurricane, I am not alone, I am not going to live under a bridge. Cuba is a safety net. It is the responsibility of the delegate, not personally to solve everything for people, but to gather the community and try to involve them in the process of finding a solution.’

Every member of Cuban society is encouraged to participate in running the state through community and workplace organisations. The Cuba Vive brigade was able to see this democratic process in motion. We visited a Committee for the Defence of the Revolution (CDR) in El Cerro, Havana. CDRs are the backbone of Cuban society, neighbourhood defence organisations set up in 1960 to defend against counter-revolutionary attacks. CDRs are usually made up of around 60 households with responsibilities ranging from civil defence to popular consultations, blood donor drives to recycling. They also play a key role in organising elections.

Groups of CDRs nominate candidates from their neighbourhood to act as ‘voceros’ (spokespersons) or delegates. The elections in April had a turn-out of 88.3%. 11,425 delegates were elected in the first round, winning a required 50% majority of the vote. 1,164 constituencies returned for a second round the following week. 54% of the delegates were re-elected. Women now account for 34.87% of delegates and youth (under 35 years) 14.95%.

Contrary to distortions in the capitalist press, candidates cannot nominate themselves and the Communist Party of Cuba (PCC) does not stand in elections or propose ‘party candidates’.  Candidates must be nominated from their community, based on merit. There are no multi-million dollar election campaigns; an electoral campaign consists of candidates’ biographies displayed in public places for people to read. Political affiliation is not required to be a delegate but unsurprisingly, given the level of political commitment required, 59.24% of those elected are members of the PCC, while 6.75% are members of the Union of Young Communists (UJC). Voting is voluntary, by direct secret ballot and the voting age is 16. The process of vote-counting is open to all including journalists and tourists. Delegates in the Municipal Assemblies are not professional politicians. Once elected they continue to work in their jobs alongside their elected roles. They can take as much time off their employment as necessary to fulfil their elected duties, however they continue to get the same salary; there is no financial incentive for standing.

Cubans also have the right to recall; elected delegates must ‘render account’, reporting back to their constituents twice a year and they can be recalled by their constituencies if they are not fulfilling their duties. Municipal elections take place once every two and a half years; general elections take place every five years. The next is in 2018.

The Cuban revolution continues to strive to deepen participatory democracy and strengthen local government. Osmani Castro gave an example of this process: ‘Currently the president of the Municipal Assembly is the same person as the president of the Administration Council. In two provinces either side of Havana, they are experimenting with having different people responsible for these roles. If it is more efficient and successful it will be applied everywhere. These ideas are being studied, the system of people’s power is still in development and being continually improved.’

Echoing this, Jesus Garcia, a former representative at both the municipal and provincial levels, emphasised ‘At the moment we have a very high level of participation and a lot of opportunities, however these are not fully realised. It is not the role of our representatives to rule, their role is to facilitate the people to rule. Revolution is permanent change, we need to develop this system – we need to permanently improve.’