Building solidarity with Cuba – upholding the ideas of Che Guevara 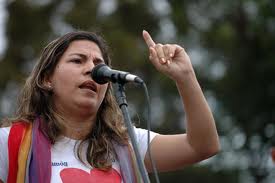 On our 2015 brigade visit to ICAP, we spoke to Kenia Serrano who, as a member of the UJC in 2002, participated in Rock around the Blockade’s speaking tour across Britain. More recently, in March 2014 and in her current post as President of ICAP, she spoke at RATB’s rally for the Cuban Five in Trafalgar Square, London, which was organised in support of the International Committee of Inquiry into the case of the Cuban Five. Kenia told us:

This (re-establishment of relations with the US) is a process that we are facing today, as a result of our resistance, as a result of our firm position in our principles; defending Cuba, our independence, our sovereignty and our decision to build a socialist society… We thank the progressive people active in defending the Cuban revolution. You have been very active joining our campaign to free the Cuban Five. When we achieved that victory we thought a lot about you, people who, no matter if it was in Scotland or London, no matter if it was snowing, went to many places defending Cuba. With a poster of the Cuban Five, with a banner against Bacardi, with Cuban flags, going to demonstrations, in favour of Palestine, in support of Venezuela, for Latin American integration, keeping the ideas of Che Guevara with you, as you do in Rock around the Blockade, promoting solidarity with Cuba against capitalism. I have to thank you for this and my main message is, keep going, don’t give up.’

The brigade had an inspiring meeting with Mariela Castro, Director of CENESEX, the Cuban National Centre for Sexual Education. she explained how the work of CENESEX is integral to Cuban socialism: 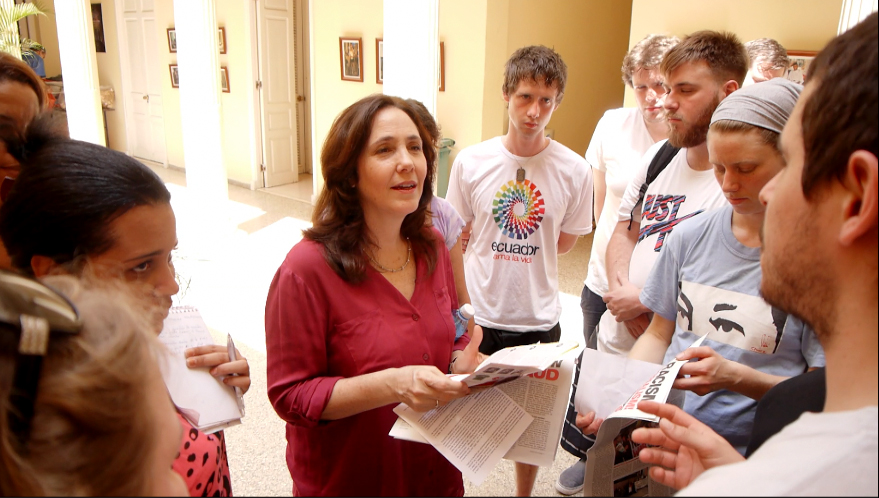 ‘I am happy to meet with a group of youth, inspired by Marxist-Leninist ideas, as we are ourselves, who identify with our socialist transformation… Our strategy is to coordinate with the communist party, with the guidelines approved by the last PCC Congress. We have a lot of goals. Some of them are now being accomplished. In others we are searching for solutions. We are in permanent consultation; the people are not always ready to accept changes. We have to work to increase consciousness. We are always seeking to improve. While the majority of the world continues to be capitalist, destroying the planet, destroying humanity, attacking other countries, producing weapons which violate international and human rights, we will continue doing what we are doing. I love this kind of exchange, these discussions, to know that you are also working on these issues. The work that we are doing here in CENESEX is just a small part of this process of changing consciousness, changing the consciousness that we need for a socialist country. It is difficult work, but it is worth it.’