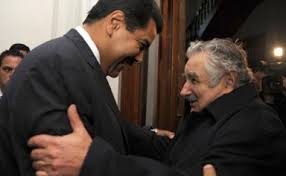 Some anticipate the measure will lead to further release of currency controls, thereby increasing devaluation. Despite this, many analysts have pointed to this possibility as a necessary step in reversing inflation. Further details of the system’s new design have yet to be revealed.

By today’s rates, one dollar obtained through Sicad II equals 49.99 bolivars. Officially, the government sells dollars at 6.3 bolivars each. At the same time, the black market is seeing dollars sell for upwards of 150 bolivars each.

Meanwhile, the details of a law passed last month were finally revealed in the latest Official Gazette. According to its description, the new Law of Sovereign Immunity over the Central Banks is designed to resist the effects of international sanctions and embargo. It establishes that the Central Bank will have immunity “in the face of any preventive or executive measure, both nominated or imposed.”

The law may have been passed in response to over 20 arbitration cases open against Venezuela through the International Centre for Settlement of Investment (ICSI). Unfavorable verdicts could mean millions added to the already hefty pile of the country’s arrears.

Venezuela has also made discreet motions to sell their most easily seized asset on US soil – refinery giant Citgo Petroleum Corp, property of PDVSA since 1990.

Although the country’s finance minister ruled out the sale less month, people close to the matter have reported that Lazard Ltd, the investment bank hired by PDVSA to explore the sale, has set a late-December deadline for new offers.

Last week, U.S. oil company ConocoPhillips asked a Texas judge to permit the investigation of the “secret liquidation” of Venezuela’s US assets to avoid paying a potential multibillion-dollar recompense for ConocoPhillips’ holdings in Venezuela, nationalized by Hugo Chavez in 2007.

On Monday, Swiss cement company Holcim confirmed that Venezuela had fulfilled its payment of $650 million in overall compensation owed from the nationalization of its plants in the country.

In spite of new measures, the plunge in oil prices is expected to have a heavy impact. The export of crude accounts for 97% of Venezuela’s foreign revenue.

The UN Economic Commission for Latin American and the Caribbean estimated yesterday that Venezuela’s economy will contract by 1% next year; making it the only economy in Latin America and the Caribbean predicted to shrink in 2015. This calculation, the commission said, is based on positive response to Maduro’s recent measures and no additional flood of the oil market.

President Maduro has repeatedly stressed the importance of a healthy productive model and directed recent legislature towards the support of farmers, communes and industry. New investments have also been made in the tourism sector.

“There is an abundance of resources here, but there’s a lot of work to be done,” Mujica said, indicating that bilateral agreements will be made beyond the regular import of Uruguayan beef and milk, in order for Venezuela to reduce its “dependency” on imports and petroleum revenue.