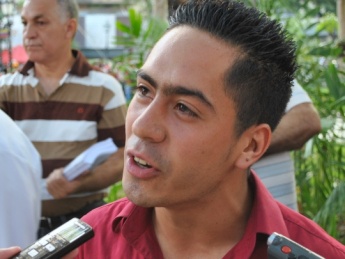 Venezuela's scientific investigation police (CICPC) are studying video carama footage from Serra's home and have collected forensic evidence. It has been reported that Serra and Herrera were killed by stab wounds. Herrera received 6 - 7, while Serra was gagged and handcuffed and received up to 40 stab wounds before he was murdered. The act is thought to have taken 15 - 20 minutes.

The assassinations are thought to have been carried out by a group of six men, who were armed, and gained entry into Serra's house through some kind of guise. No evidence of forced entry was found.

The secretary general of the Union of South American Nations (Unasur), former Colombian president Ernesto Samper, appeared to agree with the Venezuelan government's hypothesis as to the nature of the assassination.  He responded to the news yesterday via twitter by writing, “The assassination of the young legislator Robert Serra in Venezuela is a worrying sign of the infiltration of Colombian paramilitarism.”

Government officials are claiming that the extreme Venezuelan right-wing, with links to international terrorist groups in Colombia and Miami, are behind Serra's death, and the murder of his companion Herrera.

In a recently released video, right-wing Venezuelan activist Lorent Saleh outlined his links to former Colombian President Alváro Uribe, and the acquisition of over $8000 USD worth of explosives to use in a “social cleansing.”  Referring to this video, academic Steve Ellner wrote yesterday, “In the conversation Saleh makes reference to sophisticated Remington arms for sharpshooters with a list of twenty targets.”  Robert Serra, the young Chavista legislator and avid defender of the Bolivarian Project, was named one of the targets of Saleh's hit list.

Ellner went on to criticize the United States' allegations of human rights violations in Venezuela “when they know full well that the type of terrorism carried out in that nation would never be tolerated in the U.S.” He also warned that “the situation resembles the prelude to the overthrow of Salvador Allende” in Chile in 1973, when the Chilean opposition did not distance themselves from violent actions including the assassination of a Chilean general.

President Nicolás Maduro paid his respects to Robert Serra and Maria Herrera yesterday and stated to the National Assembly that “criminal evidence and clues will soon make it possible to identify the material and intellectual authors of the crime.”

Thousands of Venezuelans descended upon central Caracas yesterday to pay honor to the life of Robert Serra and Maria Herrera, and to condemn the acts of violence.  A motorcade of cars and motorcycles filled the shut down traffic late yesterday afternoon, and thousands of people stood in lines - even through a heavy downpour - to offer their condolences.

Robert Serra, a law graduate and criminologist, was elected in December 2010 as a member of the 2nd constituency of Caracas. He was the one of the country’s youngest elected officials and he had strong ties with grassroots movements.  President Maduro called on the Venezuelan people to maintain “consciousness and fortitude" in the face of this “vile assault on the revolutionary process.”