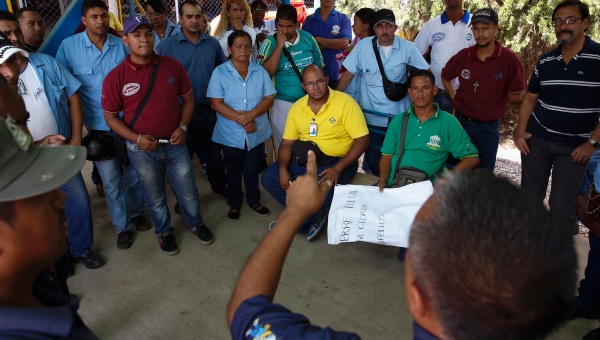 "They [the workers] worked until last Friday, completely normal, and when they came in on Monday the doors were closed. Five minutes later, they received voice messages on their cell phones on behalf of the company's president, Oscar Ledezma, where he tells them, 'we are leaving Venezuela, we deposited your liquidation package in your account ... The factory will not operate anymore'," detailed Arreaza.

Arreaza also explained that the government issued an official order for the company to resume their activities, which the owners ignored only to subsequently leave Venezuela.

The Venezuelan leader said that neither workers nor government officials have been able to speak with the owners of the transnational. "We haven't been able to talk to any of them, only with a representative in Argentina via video conference, the only one that stayed is a representative of a law firm that defends the bourgeoisie all the time."

The company's employees called on the government to temporarily takeover the factory following Clorox's failure to fulfill the order to resume production. The factory is locatedoutside of Caracas in Los Valles del Tuy, Miranda.

Arreaza along with Minister for Social Protection of the Labor Process, Jesus Martinez and the company's workers attended Friday's assembly, telling the assembled workers that they will receive support from the government and chemists in order to reactive the factory. While workers know how to handle the chemicals they work with, Arreaza emphasized that pressured decisions cannot be taken and workers cannot be put at risk.

"[Saturday] a group of experts, including representatives from other national companies will come to make themselves available to these workers," Arreaza confirmed.

Additionally, Arreaza said the government plans to open investigations into Clorox Venezuela and, "those who committed this crime against almost 500 families, 474 families are here, workers... we cannot allow this to happen."

Clorox began their operations in the South American nation in 1990 with the distribution of Pine-Sol.