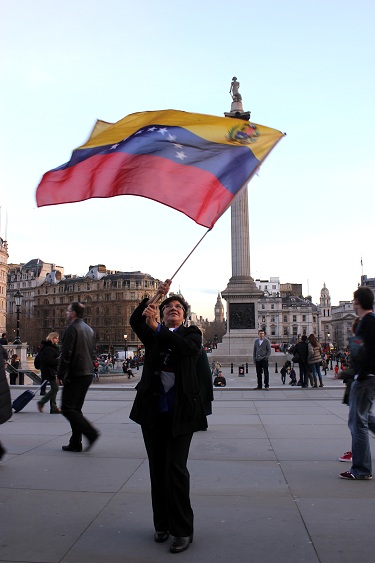 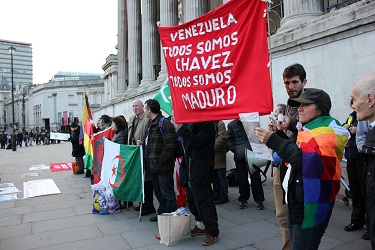 On Wednesday 5 March 2014, Fight Racism! Fight Imperialism! supporters were among those who organised a rally in Trafalgar Square, called in support of the Bolivarian Revolution in Venezuela.

After 15 years of victories for the Revolution at the ballot box, right-wing extremists in Venezuela are once again attempting to overthrow the government through violence and provocations in the street.

The rally was held on the first anniversary of the death of Hugo Chavez, who led the Bolivarian Revolution until his tragic death in 2012. Protestors made speeches and chanted, ‘Viva Chavez, Viva Maduro, Viva Venezuela’ and distributed information about the achievements of the Bolivarian Revolution in favour of the poor majority, and the real situation faced by the country.

The violent protests in Venezuela are being supported by the US, which wants to destabilise Venezuela and overthrow the government of Nicola Maduro of the United Socialist Party of Venezuela, as well as by private media inside and outside the country, which spread lies and misinformation about the reasons for the protests and who is responsible for violent deaths. 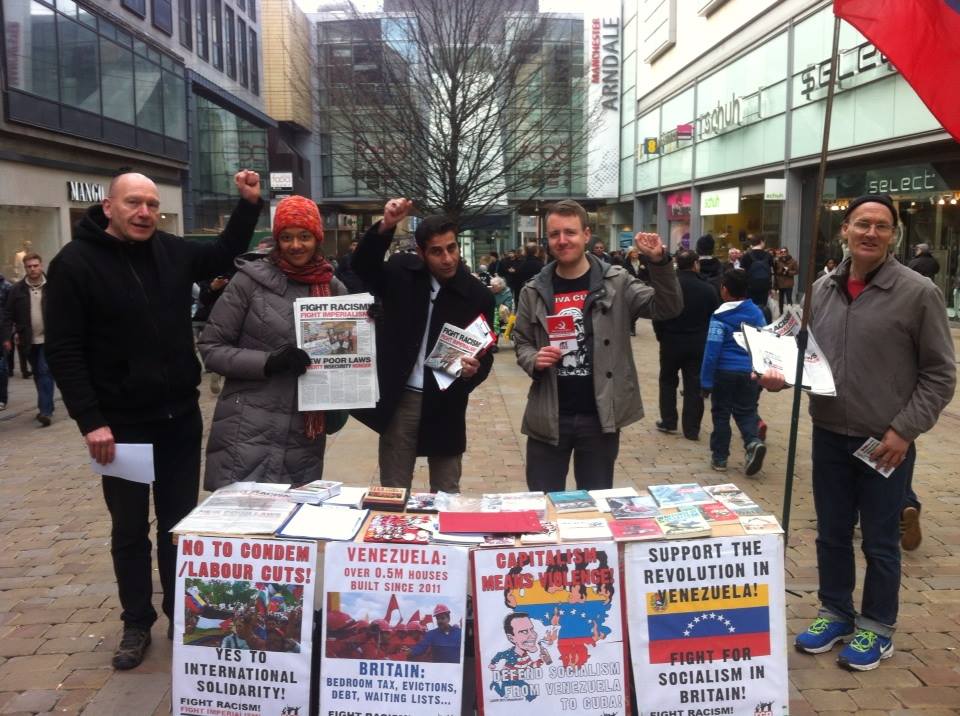 The rally followed solidarity events in Manchester and Newcastle upon Tyne where Supporters of Fight Racism! Fight Imperialism! took to the streets on 1 March to spread the word about the attempt at a fascist coup in Venezuela and to defend the gains of the socialist government. Passers by on Market Street Manchester and Monument, Newcastle were offered a comparison with capitalist Britain, which cuts back on housing, health, education, welfare and all the things that Venezuela is giving to people.

The event was organised by: Venezuela Solidarity Network, Bolivia action group, Revolutionary Communist Group, Rock around the Blockade, Movimiento Micaela Bastidas UK and Marcha Patriotica Britain. If you want to get involved with solidarity work to defend progressive movements in Venezuela, Cuba and throughout Latin America contact us.