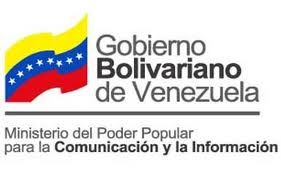 According to the information of security agencies, the plan includes fundraising by the extreme right-wing to try to assassinate the president. The participation of Maria Corina Machado in this conspiracy against Venezuela was evidenced by an email sent to Mr. Diego Arria (a forthright government opponent) on May 23rd in which the former representative of the National Assembly shows her despair because of Nicolás Maduro permanence in power.

“I’m fed up with waiting. We have to take out this trash, starting with the one heading it and by taking advantage of the world situation with Ukraine and Thailand as soon as possible,” wrote the extreme right-wing (opposition) representative in the email she sent to Diego Arria, former Venezuelan diplomat who worked for the Fourth Republic (pre-Chavez) governments.

It is important to remember that, as a representative to the National Assembly, Maria Corina Machado was one of the organizers of the violent street actions that began on February 12th and whose aim was to overthrow President Maduro.

Machado has a long history of joint work with U.S. officials to destabilize Venezuela, and she is remembered for her visit in 2005 to the White House, where she was received by George W Bush. In her effort to put an end to the Bolivarian Revolution, she accepted being appointed as ambassador to Panama, whose government openly conspired against Venezuela. This is the reason why she lost her parliamentary seat.

In the email she sent to Diego Arria, Machado complained that the plan is quite delayed and warns that it is necessary to accelerate the ending. “I think it is time to gather efforts; make the necessary calls, and obtain financing to annihilate Maduro and the rest will fall apart,” says the leader of the Venezuelan opposition.

In another email sent by Maria Corina Machado to former deputy of COPEI (an opposition political party), Gustavo Tarre, she stated that the U.S. Ambassador to Colombia, Kevin Whitaker, confirmed his support to the conspiracy and he determined the path to continue the plan. “I have already made up my mind and this fight will continue until this regime is overthrown and we deliver to our friends in the world. If I went to San Cristobal and exposed myself before the OAS, I fear nothing. Kevin Whitaker has already reconfirmed his support and he pointed out the new steps. We have a check book stronger than the regime’s to break the international security ring,” Machado wrote through his account 77gaia (@) gmail.com.

The assassination plan presented by Maria Corina Machado was supported by Pedro Burelli, an everlasting conspirator against Venezuela who lives in the United States and answered a question in this regard sent by Diego Arria via e-mail on May 25th.

“You asked my opinion about the determination of MCM and I think that’s the attitude, we’ll go all out for everything and with everything, and against everything. We count on the support of the (State) Department, the (U.S.) Embassy and the upcoming Senate’s sanctions,” said Pedro Burelli.

The sources of funds for this criminal operation against Venezuela include the fugitive businessman Eligio Cedeño, who fled to the United States after being accused of fraudulent banking operations. Cedeño was arrested in 2007 on charges of evading currency controls to obtain dollars illegally. This fugitive was released by a decision made by Judge Maria Afiuni, who is being prosecuted for this action and is accused of crimes of corruption, abuse of authority, favoring evasion and criminal association.

“Eligio knows exactly what he has to do and he asked me to give you a message of absolute confidence in our organizational capacity for other phases of the struggle for our beloved Venezuela. Being so, we are going for more and we are going to keep encouraging with these efforts the agitation of young people, especially students,” wrote María Corina Machado in an email sent on May 12th to (opposition figure) Henrique Salas Römer.

Eligio Cedeno, Pedro Burelli and Gustavo Tovar Arroyo were the organizers of a meeting in 2010, known as the “Fiesta Mexicana” (The Mexican Party), where Serb facilitators trained extreme rightwing young Venezuelans to execute subversive activities in Venezuela by following the soft coup plan designed by the U.S’s Gene Sharp.

Another evidence presented by the high political command of the Revolution is an email sent on March 25th by the extreme right-wing activist Ricardo Koesling to the fugitive of the Venezuelan justice Robert Alonso, who in 2004 organized a raid of Colombian paramilitaries in Venezuela who came to assassinate President Hugo Chávez.

Alonso is the creator and promoter of the “guarimbas”, a criminal street agitation methodology that was implemented in Venezuela, resulting in deaths and injuries after calling for the overthrow of Nicolás Maduro on February 12th. Robert Alonso has been very active through the social networks by encouraging the political agitation in Venezuela and suggesting the use of children by the opposition as human shields in street demonstrations.

He is also the author of a manual to behead motorcyclists at the barricades. In the email written by Koesling, there is a video in which you can see a silhouette of President Nicolas Maduro riddled with bullets by him (Koesling). It looks like training for the assassination.

“Your courage inspired me because nobody has more guts than you in this shit. Watch it and give me your opinion. I hope you enjoy it and upload that shit so everybody can see it. I’m all worn out, but I’m sure others will find inspiration in it and be filled with courage to end this once and for all,” said Koesling to Alonso in the email.

All this evidence proves that the street actions that began on February 12th, presented as student protests, were not spontaneous. The content of emails sent by Maria Corina Machado and other opposition leaders confirms the existence of a plan designed by the national and international extreme right wing to destabilize and overthrow the legitimate government of Venezuela.