By THE GOVERNMENT OF THE BOLIVARIAN REPUBLIC OF VENEZUELA

Through this message the government of the Bolivarian Republic of Venezuela is fulfilling its responsibility to inform the Venezuelan public of President Chavez’s clinical progress following his surgical intervention, carried out in Havana, Cuba, on 11 December. 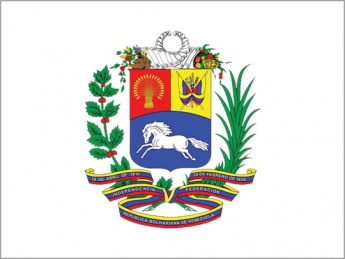 As is well known, on 28 December we travelled to Havana on the instructions of the Commander-President, on the basis of which I transmit the following report. On arriving in Havana, we went directly to the city hospital in order to personally bring ourselves up to date on the Commander-President’s state of health. We were told that new surgical complications had arisen as a result of his now well-known respiratory infection. Throughout yesterday we remained vigilant as to the progress of his condition and his response to treatment. We met several times with his medical team and his closest family members.

A few minutes ago we were with President Chavez, we greeted each other and he himself made reference to these complications. We were able to give him a run-through of the national situation; the successful taking of office of 20 Bolivarian governors and the pleasing response to his end of year message to the Bolivarian National Armed Forces.

Commander Chavez wanted us to transmit a special end of year greeting to Venezuelan families, who are gathered together over this period throughout the country; in particular he wanted to send a warm embrace to the children of Venezuela, and remind them that they are always in his heart. The embrace was extended to all of our people, so that they see in the year 2013 with love; a year which should bring the greatest of happiness to our homeland, as well as the definitive consolidation of our independence and national unity.

The president gave us precise instructions to inform the people of his current state of health as soon as we left. Nineteen days after having undergone his surgical intervention, President Chavez’s state of health continues to be delicate; he has presented complications that are being attended to with treatment that is not without risk. Thanks to his physical and spiritual strength, Commander Chavez is fighting this difficult situation. Likewise, we want to inform the people that we have decided to remain in Havana for the next few hours to accompany the Commander and his family and to remain vigilant as to the progress of his current situation.

We trust that the global avalanche of love and solidarity expressed towards Commander Chavez, as well as his incredible strength and the care of the best medical specialists, will help our president to successfully fight this new battle.

Translated by Rachael Boothroyd for Venezuelanalysis