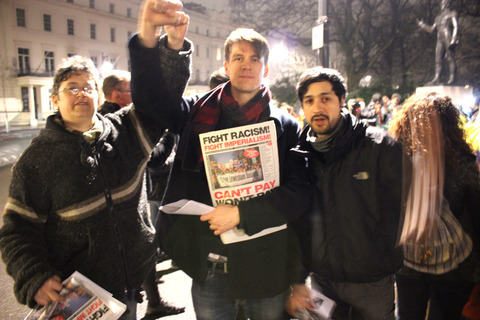 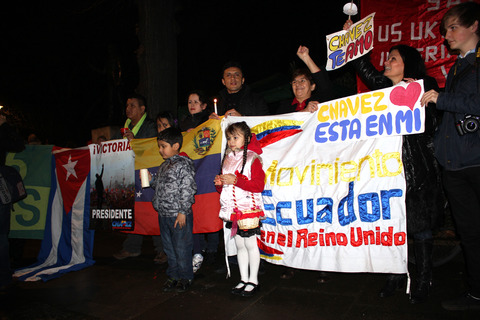 At last night's vigil for Hugo Chavez the message was strong and clear: The struggle continues! Held at Belgrave Square, London, next to the statue of another great South American Independence hero, Simón Bolívar, over 200 people gathered with candles and banners to honour the struggle of a man who has given his life to build a better world.

As Rafael Correa, newly re-elected president of Ecuador touchingly remarked 'Those who die for life cannot be said to be dead. Hugo Chávez died for the life of his beloved Venezuela, for the life of a unified Latin America. He will be more alive than ever.'