Part of the remit of the RCG’s delegation to Venezuela was to ensure that on our return to imperialist Britain we conveyed to the widest possible audience the truth about the successes of the Bolivarian Revolution and the importance of the election victory of President Hugo Chavez. This London meeting was one of many held around the country to do just that, and included a ten-minute preview of the film being made by comrades about our experiences. 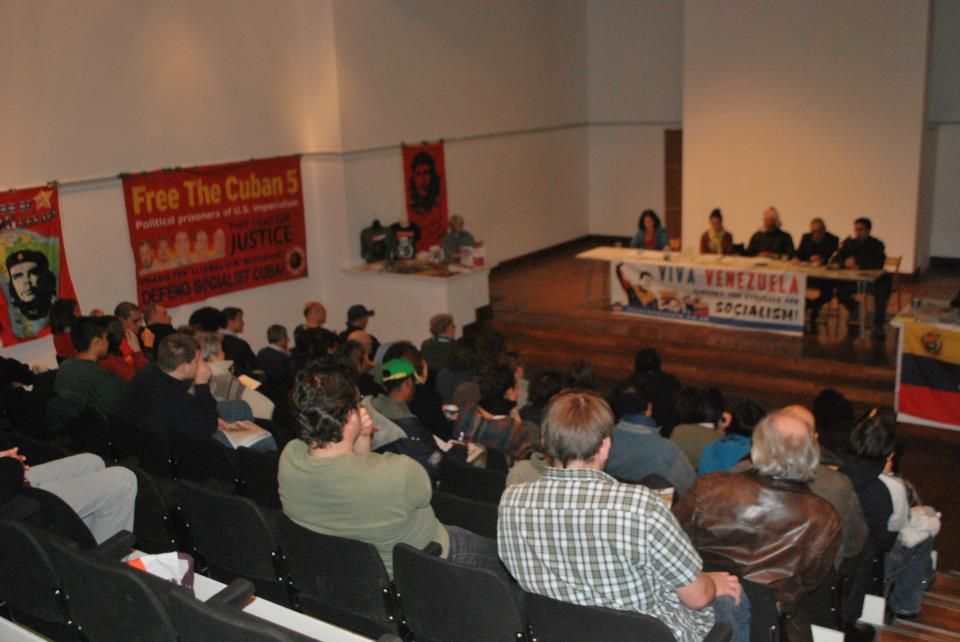 The meeting was opened by Alvaro Sanchez of the Venezuelan Embassy, and Rafael Sardinas, from the Cuban Embassy, highlighting the unity between the two countries. Comrade Sanchez stressed the tremendous victory President Chavez had achieved, with nearly 55% of the vote, on a historically high turnout of 81% of the Venezuelan people, putting paid to the imperialist lies that Chavez is a ‘dictator’.

Comrade Sardinas described the victory of Chavez as a victory not just for Venezuela, but for Cuba and the people of Latin America as well, and read out the message of solidarity sent by Cuban president Raul Castro to congratulate Chavez. He described, too, the hypocrisy inherent in the privileges and freedom accorded to arch-terrorist Luis Posada Carilles by a US government that continues to imprison five Cuban freedom fighters, the Cuban Five.

Cat Allison and Ithisham Ul-Haque, who were both in Venezuela for the election, looked at the achievements of the Bolivarian Revolution and the challenges that lie ahead in building socialism. Cat described the operation and consciousness of the building of popular power in the country, through communal councils, comunas and other forms of participative democracy that are the cornerstone of the Bolivarian process – and the constant threat posed by an entrenched bourgeoisie that will not easily allow itself to be dispossessed. 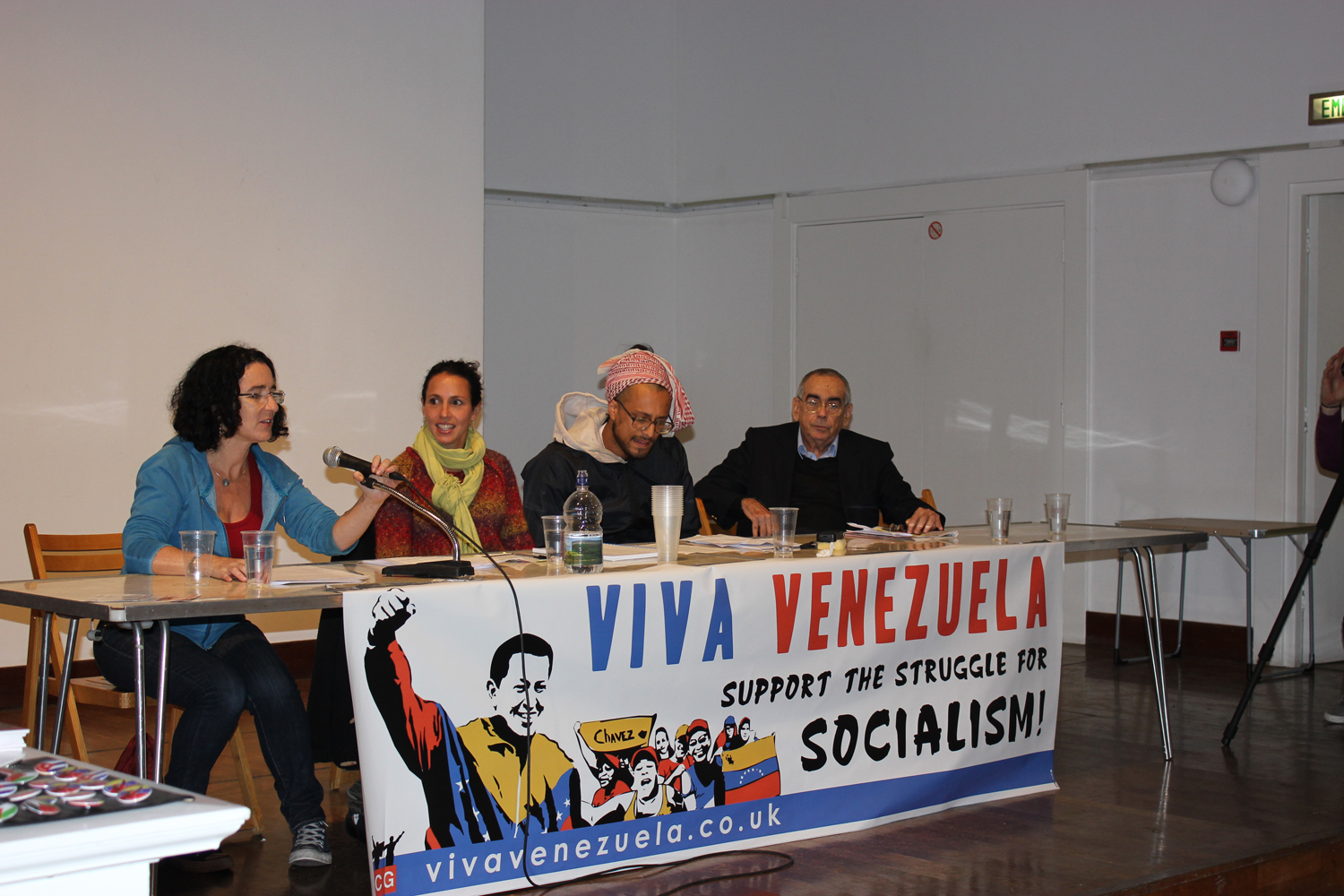 Ithisham described some of the highlights of our visit to Venezuela. He also described some of the challenges posed by the country’s economic dependence on oil, linking it to the struggle on an international level of oppressed nations such as Somalia whose economies and development have been distorted by oil – and imperialism’s determination to control the earth’s resources.

Looking at the achievements of the Bolivarian process, such as the mission to build three million housing units by 2019, he compared it with the struggles faced by the working class in Britain, such as the Counihan-Sanchez family – some of whom attended the meeting – made homeless by Brent Council in London.

A real highlight was the ten-minute trailer for the full-length film comrades are working on, using footage from our visit to Venezuela. The interviews brilliantly captured the level of motivation and consciousness of the Venezuelan working class, as did the scenes of the mass mobilisations in support of Chavez, culminating in the scenes outside the Miraflores palace on the night of the election, thousands waited, breathless, to hear the results read out before exploding into passionate cheers and tears and songs and chants as the Chavez victory was announced.

Significant contributions in the discussion came from the RCG’s Trevor Rayne, who exposed the dangerous lies of Venezuela’s ‘false friends’ on the left, and David Yaffe, who emphasised that we need to use the example of Venezuela to organise amongst the working class in this country to build an anti-imperialist movement that fights against austerity and for socialism.