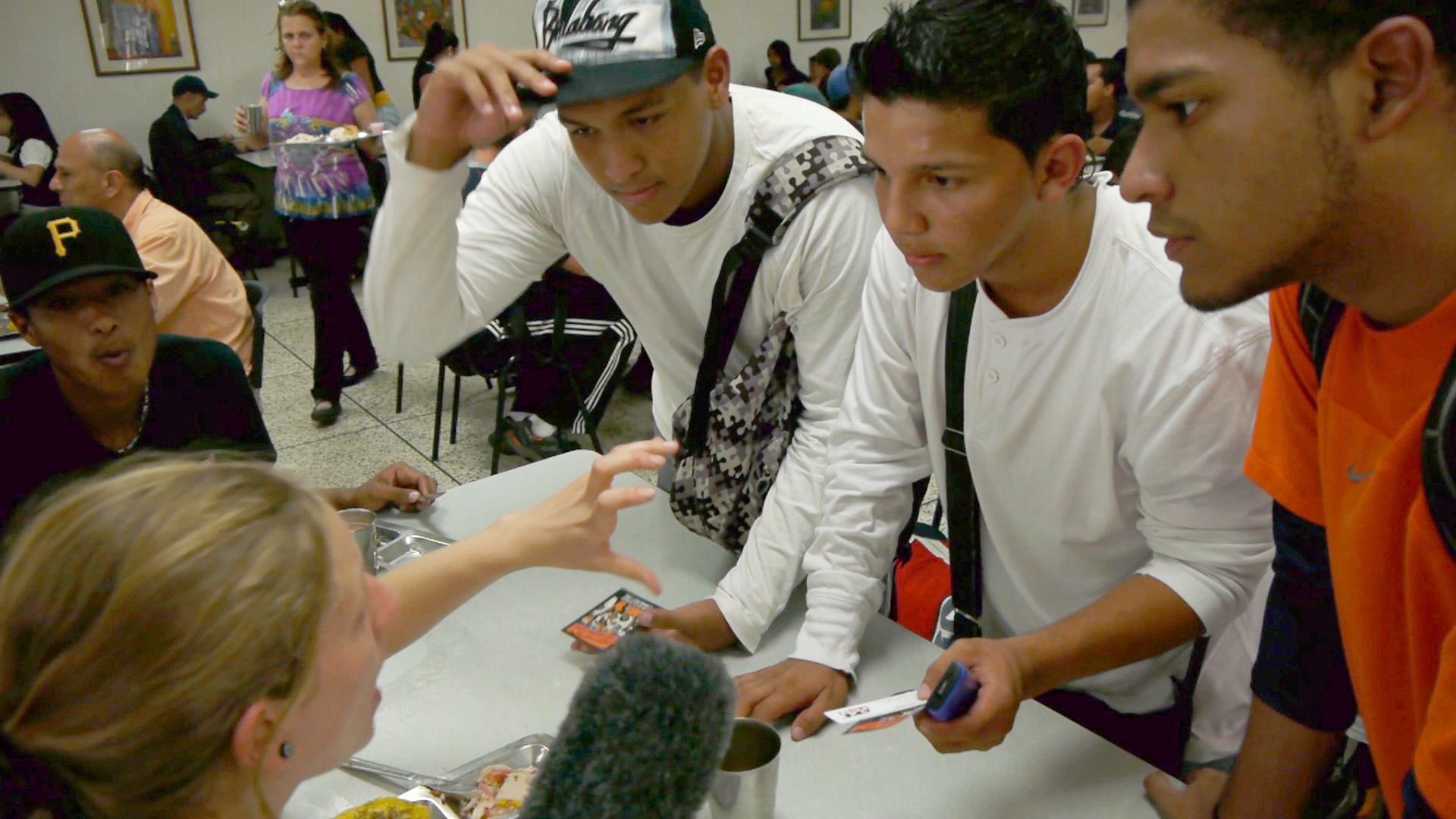 We soon found ourselves surrounded by interested students who wanted to discuss everything from the economic crisis in Europe and the relationship between Greece and German banks, and the UK intervention in Libya. Miguel Torres, a social communications student, explained that he wants us to help 'globalise the Venezuelan process' charging us with the task to develop awareness of the Bolivarian revolution in other countries, "we hope that you, with your project, can explain the process in Venezuela, to your friends, your family, your society.....we want the people of the world to walk the path of independence, throwing off the slavery of capitalism". 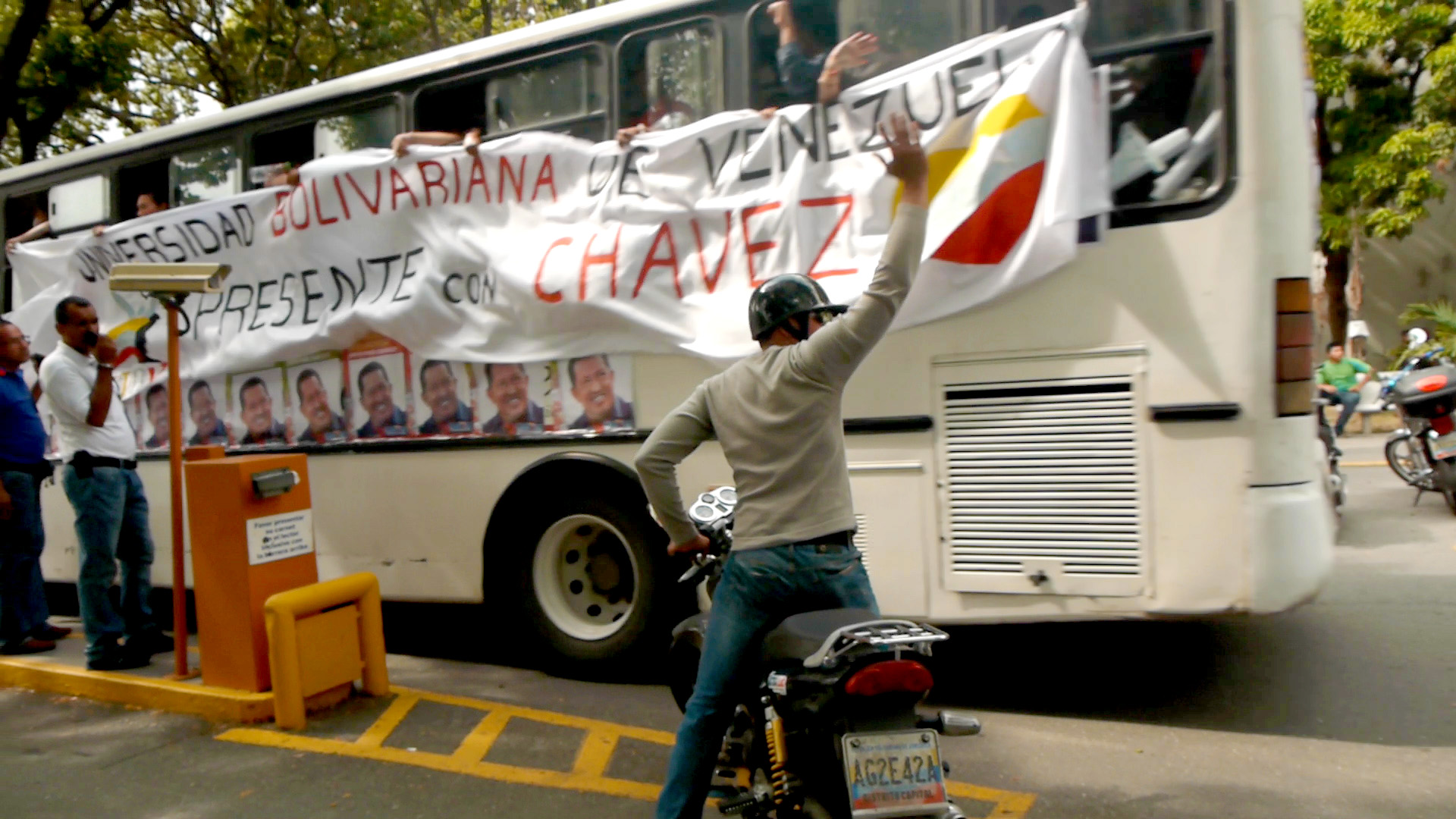 Just before the Caravan departed to 'paint the town red' with Chavez leaflets, Jose Daniel Velásquez gave us this message for the people of Britain, "Listen, 15 years ago we didn't have access to university education, healthcare, only a small percent of the population had access, those who could pay. Now after 15 years of the revolution, we have so many gains, we have improved things, we are 5th in the world for matriculation in university education, higher than the US, we have healthcare, access to culture, housing, we are able to play a part in our political process. Financially, we cancelled our debts and commitments to the IMF and we are developing an alternative, based on regional integration, we are supporting indigenous people, women, everyone, we are raising political and cultural consciousness of the people in our nations, this is a national revolution, with international and global significance. Similar processes are being developed in Ecuador, Bolivia, Brazil, Argentina, they are all recuperating their natural resources, we are fighting for this national independence, and we are fighting as well for our brothers in Africa...in terms of US and UK, we are fighting for solidarity with the people, we love the people but not the governments, Venezuela doesn't bomb countries and kill children, Venezuela doesn't blockade countries, we are in international solidarity with all of the people, but we need to fight for socialism" 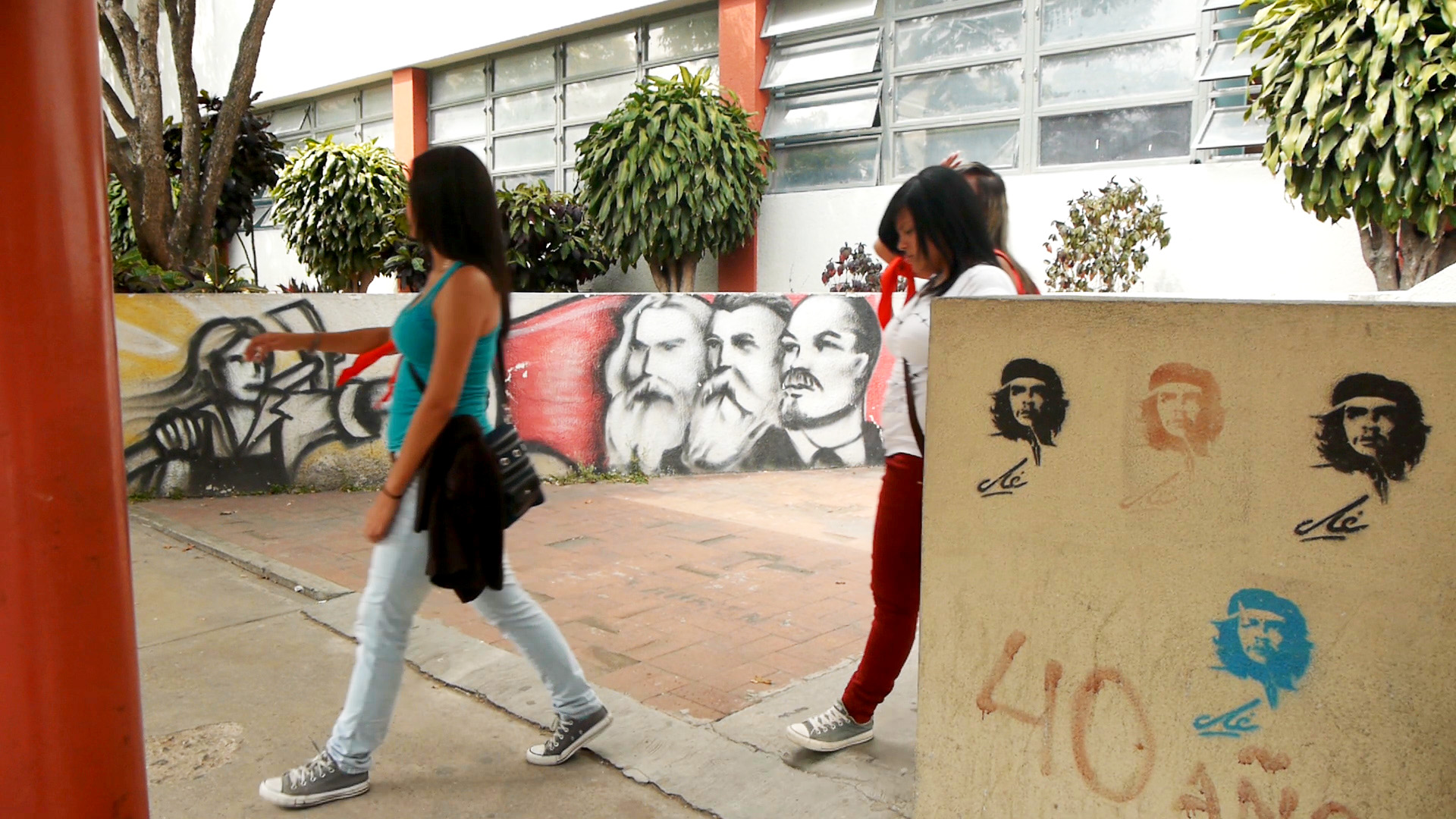 The overwhelming feeling from speaking to students, teachers, graduates, canteen workers, was a commitment to the Bolivarian revolution, a recognition of the need to ensure Chavez's re-election for the continuation of the process, and the role that they had to play in ensuring victory, not only in the presidential elections, but in the struggle to build socialism in Venezuela. Standing on the caravan bus packed with student socialists, Tomyl Francia, law student acknowledged, "We are the future, we are the present, we have a mission to think and develop"