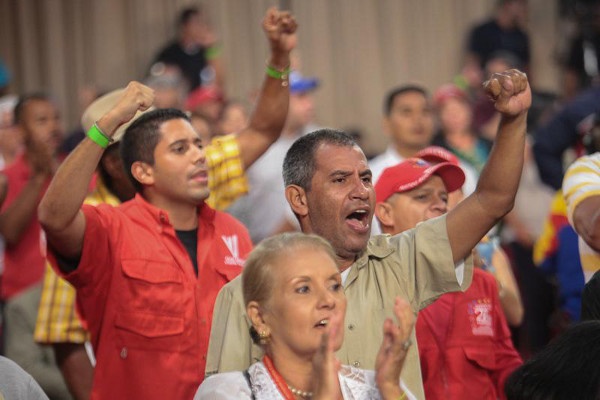 The measures come just before the holiday season, whereupon employers are obligated to pay three months wages as an end-of-year bonus.

Last week’s launching of the Happy Christmas 2014 Plan dovetails into the government’s economic strategy to improve affordability of key items and stimulate the consumption of nationally-produced products featured at nationwide fairs in preparation for the holidays.

“This war is silent, those who cause the damage are hidden…” said Maduro. “The bourgeoisie emerges, smiling, to explain that the socialist model has failed, but [while] they are below- mining the road, we are above it, overcoming the obstacles.”

This morning, nearly US$450 million dollars were allotted to 313 companies at the preferential rate of 12 bolivars to the dollar, in a massive effort to provide importers with enough resources to combat scarcity. The receiving companies were primarily importers of automobiles and car parts, construction materials, home appliances, medicines, and paper products.

During yesterday’s event, Maduro also signed an act which implements a commission for the discussion of collective contracts for public administrative workers.

The document was written and upheld by the Workers’ Social Process minister, Jesus Martinez, the president of the National Federation of Workers in the Public Sector, Franklin Rondon, and the vice minister of social planning, Lidice Altuye.

The 536 currently functioning agencies will now offer specific services directed at clients earning the minimum wage and their families, including high-yield savings accounts. The worker’s bank is also meant to accelerate applications for housing credits.

The Venezuelan leader closed the ceremony after highlighting official data which indicates current unemployment rates are at the lowest they’ve been for 40 years.