Remembering 'The heroine of Moncada' The revolutionary life of Melba Hernandez 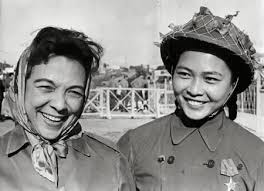 Socialist Cuba has paid tribute to ‘the heroine of Moncada’, Melba Hernandez, who recently died at the age of 92. She was one of two women who took part in the historic Moncada Barracks assault which led to the 26th July Movement and the beginning of the Cuban Revolution.

Melba died of complications related to diabetes on 2 March in Havana. She was born on 28 July, 1921, in the town of Cruces, in the former Las Villas province, today’s Villa Clara. She graduated as a Lawyer from Havana University in 1943. A Cuban Communist Party statement released the day after her death read ‘She is one of the most glorious and beloved combatants of the revolutionary quest, [and an] imperishable example of the Cuban woman.’

Melba was responsible for obtaining 100 army uniforms prior to the Moncada assault. Herself and fellow combatant Haydee Santamaria sewed army rank insignia onto the uniforms, in a farm house in the hours before the assault. Both women were arrested and, while incarcerated, witnessed the torture and deaths of many of their comrades. Melba was instrumental in smuggling correspondence whilst imprisoned. She smuggled a letter from Fidel Castro, denying the lie that he was too ill to represent himself legally. Once free, she maintained correspondence with Fidel, who sent her the text of his famous court speech ‘History Will Absolve Me’, which became a programme for the 26th July Movement.

Later her and her husband, fellow revolutionary Jesus Montane, went to Mexico to build a guerrilla army. She joined the Rebel Army in the Third Guerrilla Front.

She was a founder of the Communist Party of Cuba and held many roles, including ambassador to Vietnam and Cambodia and secretary-general of the Organization for the Solidarity of the Peoples of Asia, Africa and Latin America. She received many accolades, both national and international. The University of Havana granted Hernandez an honorary doctorate in international relations in July 2007.

Her body was cremated and, as she had requested, her ashes taken to Santa Ifigenia Cemetery in Santiago, the resting place of many comrades, including her husband Jesus Montane. Her Funeral was attended by representatives of Namibia, China, Nicaragua, Argentina, Laos, Costa Rica, North Korea and Jamaica, amongst others.

FRFI commends Melba Hernandez’s courage, her contribution to internationalism, and unending commitment building socialism in Cuba. Melba fought for a world free of imperialist exploitation and brutality, and she will always be remembered for this. As Dexter M. Rose, ambassador of the Bolivarian State of Saint Vincent and the Grenadines put it to Granma reporters at her ceremony ‘Melba Hernández has been and will be a legend, an example for the new generations of Cubans.’