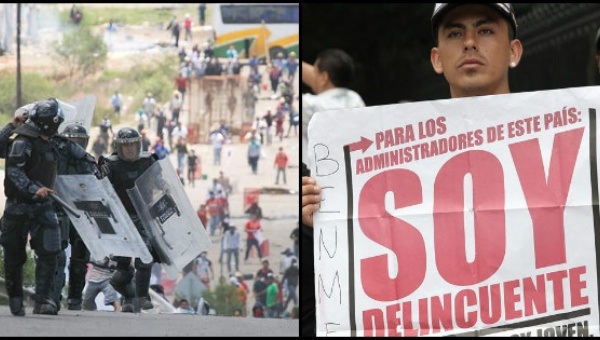 The violence in Oaxaca is a result of neoliberal demands by the IMF, World Bank, and OECD to place Mexican education on the speculative market.

The reasons why the Mexican government wants to impose the education reform—even if it means killing people, as with the massacre in Nochixtlan by repressive state forces on June 19—are rooted in economic objectives guided by international financial organizations. The reform, proposed by the Organisation for Economic Co-operation and Development, or OECD, under the OECD-Mexico Agreement to Improve the Quality of Education in Schools of Mexico, aims to lay the groundwork to shift education from being a state responsibility to instead being resolved in the realm of the financial market. 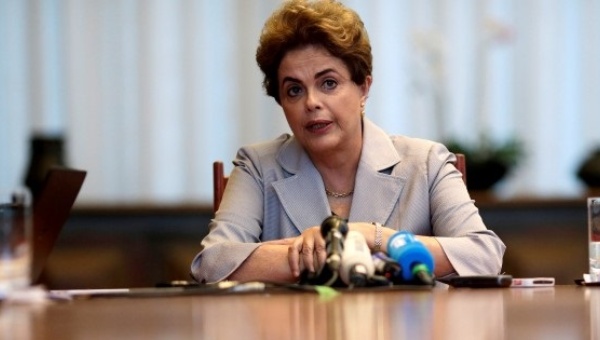 Experts report that suspended President Dilma Rousseff did not cook the books like her rivals claim, but the impeachment process will continue.

Suspended Brazilian President Dilma Rousseff got a boost in her fight against impeachment on Monday as a report prepared by analysts in the Senate found that there is no evidence to suggest she was personally responsible for fiscal wrongdoing. It remains unclear, however, how the findings will impact the impeachment process that has hinged on such allegations.

The 223-page report by three auditors found Rousseff did not cook the books in the lead up to her 2014 presidential re-election, dealing a blow to accusations from her rivals that she manipulated government accounts to hide a budget shortfall and delayed payments to public banks. 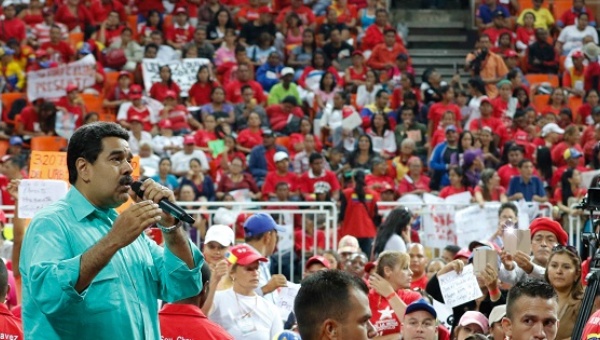 The opposition wants the vote to be held this year in order to force snap elections.

Venezuelan President Nicolas Maduro told a massive crowd of supporters Saturday that the recall referendum will definitely take place in 2017, against the wishes of the opposition who want to see the vote held this year.

“If (the opposition) meet the requirements, the recall referendum will take place next year. Period,” Maduro told a crowd in a large stadium in Caracas. 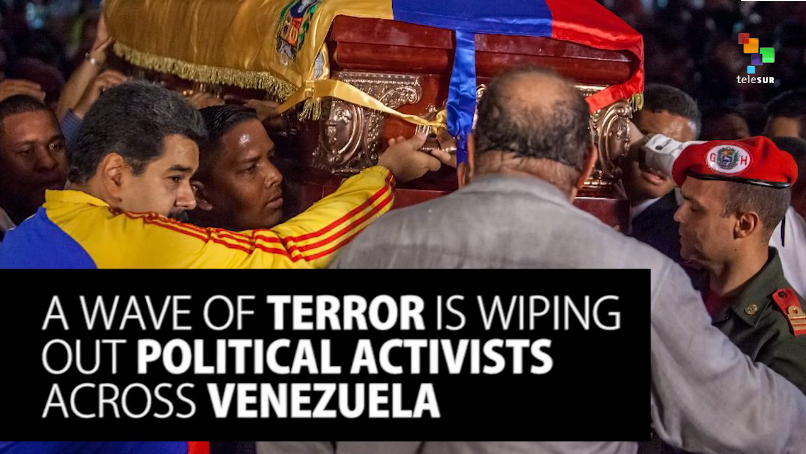 Venezuelan authorities are conducting an internal investigation into the assassination of retired Army Major General Felix Velasquez, which is the latest case in a surge of killings targeting pro-government public officials and activists.

In recent months, Western mainstream media outlets have remained silent regarding the violence waged against government supporters, left-wing activists and public servants, which many believe is an attempt to undermine the future of the Chavista movement in the country. 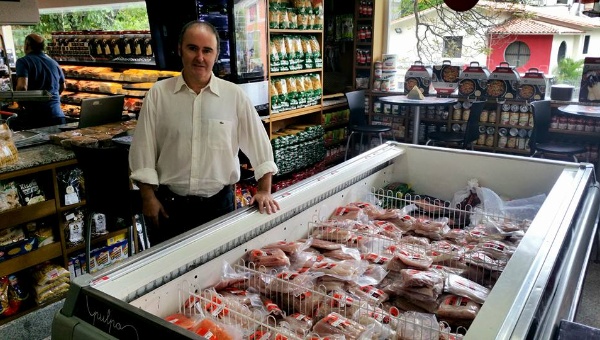 Agustin Otxotorena, a Basque executive living in Caracas, grew tired of constant calls from friends and relatives in Spain telling him that there was no food in Venezuela, so on May 20 he began publishing photos on Facebook of supermarkets in upscale sectors of Caracas filled with goods.

In addition to showing evidence of an abundance of food stuffs, Otxotorena also analyzed the situation. He concluded that there are two countries in Venezuela—one where "there are many people having a hard time, who don’t have the money to live,” and another where there is "an upper class that has a living standard higher than Europe." 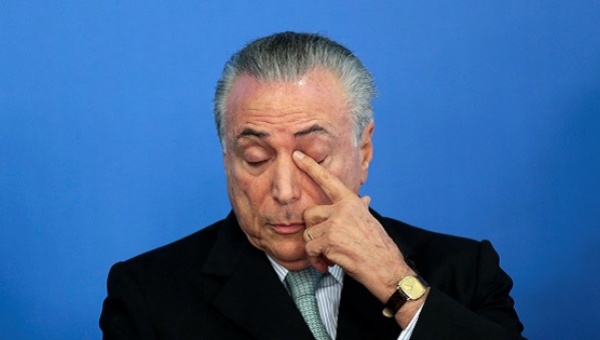 Brazil’s interim president Michel Temer has been deemed ineligible to run for political office for 8 years, The Intercept reported Friday.

A regional election court in São Paulo issued a formal decree on Thursday after finding him guilty of spending his own funds on his campaign in excess of what the law allows. As a result of what the court termed his "dirty record" in elections, according to The Intercept, Temer is unable to be elected to the office he seized with the help of the Brazilian Senate. 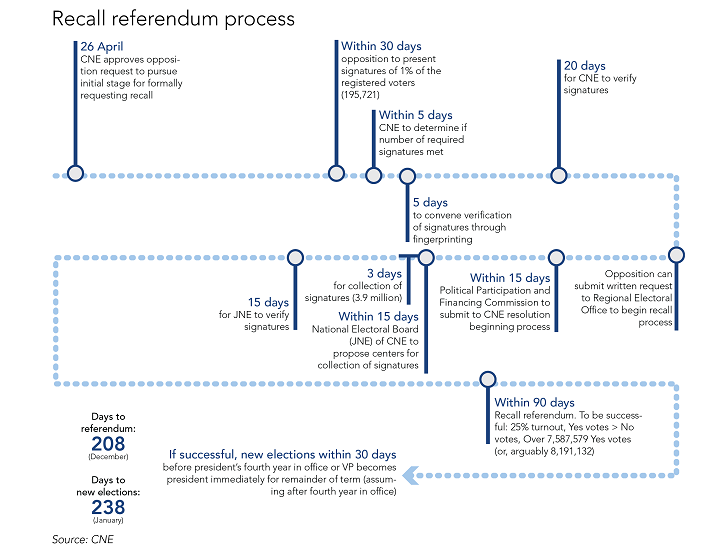 The international media and the president of the OAS, Luis Almagro, are demanding that Venezuelan president Nicholas Maduro allow a presidential recall referendum to take place in 2016.

Why are they demanding that it take place in 2016?

Both government critics and supporters appear to agree that if a recall vote is held before January 10, 2017, that an opposition victory will trigger fresh presidential elections. The Venezuelan constitution says one recall vote is allowed after the midway point of the president’s six year term, but if the recall vote takes place (and is won by the opposition) in the fourth year then the Vice President takes over for the remainder of the term – a new president would not be elected. 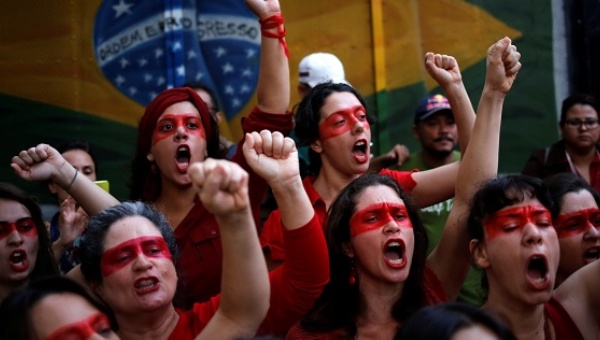 The taped conversation is the strongest proof to date that Dilma Rousseff's rivals' bid to remove her from office is more about protecting corruption than rooting it out.

Damning new evidence has revealed that the impeachment bid against Brazilian President Dilma Rousseff has a clear goal of protecting corrupt officials, particularly members of the newly installed government, from facing justice.

Published on 25 May 2016 by venezuelanalysis.com. 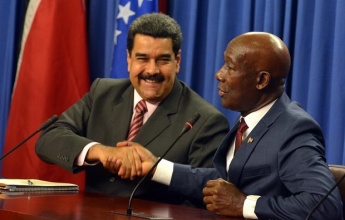 Venezuelan President Nicolas Maduro has struck a set of “historic” bilateral deals with his Trinidadian counterpart, including the creation of a joint energy project geared towards natural gas exportation.

Both heads of state announced the series of cross-border initiatives in energy, security, and commerce on Monday from St Ann’s, Trinidad and Tobago, where Maduro met with Prime-Minister Keith Rowley during a whirlwind trip to the Caribbean.