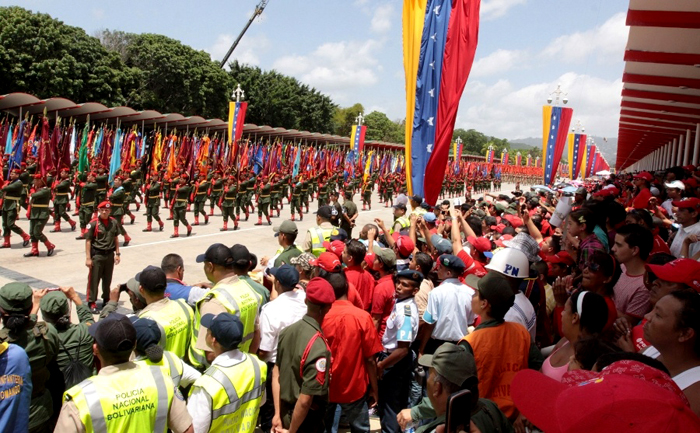 “ I swear to you that we will win this battle...we'll win it together. The battle for life, the homeland and the revolution!”

With these words, Venezuela's president, Hugo Chavez, addressed 100,000 Venezuelans from Miraflores presidential palace, Caracas as part of a civic-military parade to mark 200 years of Independence from Spanish rule. His return to Venezuela muffled frenzied media speculation surrounding his health and ability to lead the Bolivarian Revolution, for now. 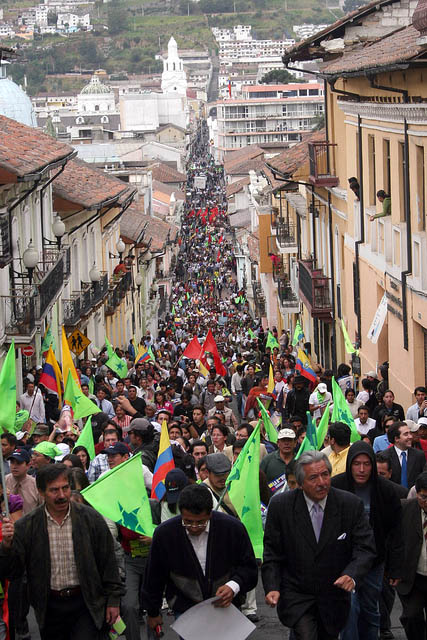 30 September 2010: Ecuadorians march to the Presidential Palace to defend the government against the coup attack

On 30 September, a police strike in Ecuador escalated into an attempted coup d’etat as President Rafael Correa was surrounded and trapped in a hospital for 12 hours in the capital Quito. Tens of thousands of Ecuadorians poured into the street to block attempts to overthrow the democratically elected government, defending the Presidential Palace and facing tear gas and missiles thrown by police who had sealed off the area around the hospital where a defiant Correa was refusing to negotiate or surrender.

Correa was first elected President in November 2006. After introducing a new progressive constitution and changes to the system of political representation, he was re-elected in April 2009, with 51% of the vote, giving him a mandate to continue and deepen the unprecedented social and economic programme of reforms – the Citizens’ Revolution – to reverse the poverty and exploitation suffered by the majority of the population in a country which has been ravaged by neo-liberalism. Correa has announced that Ecuador is building socialism for the 21st century and joined the Bolivarian Alliance for the Americas (ALBA), the regional trade and cooperation bloc set up by Cuba and Venezuela in 2004.