Nicolas Maduro saves mustache as he delivers the millionth home

Published on 1 January 2016 by TeleSUR 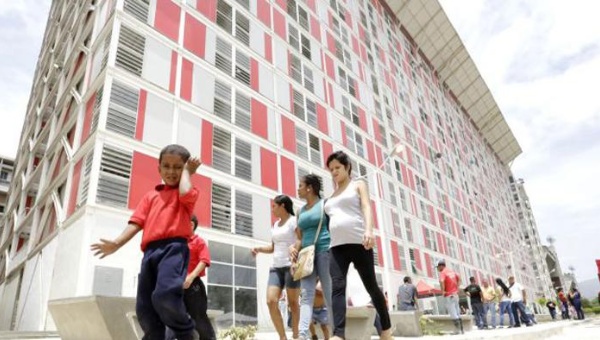 Venezuela's "Great Housing Mission" has created one million homes since the housing miIn a major milestone for Venezuela’s social housing mission, President Nicolas Maduro delivered the program’s one millionth home to a Venezuelan family on Wednesday saving his mustache from being shaved off.

The “Great Housing Mission” aims to tackle housing shortages in the South American country by providing safe and dignified homes to low-income people at a low cost or free of charge, depending on the new owners’ means.

The one million homes have been created since the housing mission was launched by former President Hugo Chavez in 2011.The housing mission, one of the Venezuelan government's most popular social initiatives, expanded an emergency shelter program implemented in 2010 to help those who lost their homes in devastating floods. The program has prioritized providing low-cost housing to poor families.

In 2011, Chavez said that the mission would be used to address the “social debt” left behind by former governments that failed to provide quality housing to all Venezuelans. Maduro has promised to continue to expand the mission with the goal of providing affordable housing to 40 percent of Venezuelans by the end of the decade.