CELAC to present first joint agreement at a COP meeting

Published on 2 November 2015 by Telesur English 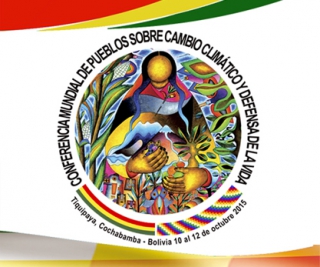 The 33 member countries of the Community of Latin American and Caribbean States (CELAC) are set to agree on a joint position that for the first time ever the bloc will present at a COP climate change summit. The CELAC is meeting this week in Ecuador to discuss their position to be presented in the upcoming COP21, also known as the 2015 Paris U.N. Climate Conference, officials said Monday.

The foreign and environment ministries of the regional organization will meet on Thursday and Friday in the Ecuadorean capital Quito, to elaborate the draft that will be presented in December in Paris, which has been billed as the most important climate summit in history. The meeting will take place at Union of South American Countries (UNASUR) headquarters.

Latin America and the Caribbean are expected to play a very important role at the COP21, since the region has over the past years shown a strong commitment in forging very important global agreements to address climate change.

The Bolivian city of Cochabamba last month held the Second World People’s Conference on Climate Change, during which President Evo Morales along with his colleagues from Ecuador, Rafael Correa, and Venezuela, Nicolas Maduro, agreed to speak for the “Pachamama,” or Mother Earth, and civil society during the COP21 summit in Paris.

The three Latin American leaders also agreed to push forward the creation of an agency for environmental justice, which will force the most polluting countries in the world to recognize the damage they have caused in other nations through exploitation of natural resources and pollution. The proposal also includes the economic reparation for damages caused by those nations.

The main goal of the COP21 meeting is to agree on ways of maintaining global warming below the 2-degree-Celsius threshold, as well as to implement viable solutions worldwide to combat the adverse effects of global climate change.

Thousands of world leaders, high-level officials, experts and representatives are expected to attend the summit in Paris, as well as pressure groups. Massive protests are also expected to be carried out during the summit which is scheduled to last 12 days.