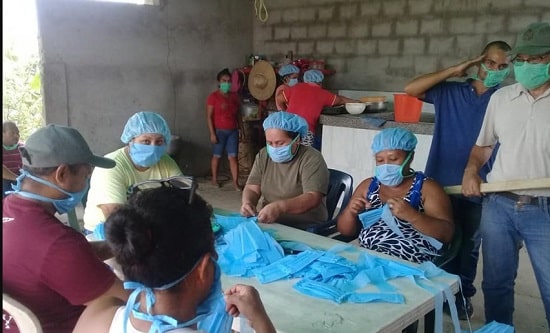 Below we publish an open letter to the BBC in response to their website article "Coronavirus: 'Forced to work' as medics fighting Covid"

At a time when the US and EU sanctions on Venezuela are strangling its economy, undermining its currency, restricting access to vital medical and hygiene supplies, and costing damages of an estimated $194bn (2016-2019), it is a distortion from reality to speak of economic shortages in Venezuela without mentioning these crushing sanctions. Yet you routinely fail to do so, and in your video article they were not raised once. Even before the Covid-19 pandemic, former UN special rapporteur Alfred de Zayas, estimated these sanctions have killed up to 100,000 Venezuelans.

While you single out Venezuela for hospital shortages, you ignore that even under suffocating sanctions their healthcare system is treating every single person testing COVID-positive. Despite the return of over 130,000 economic migrants, Venezuela has implemented a robust system of testing, quarantine centres and free healthcare and at the beginning of October, had only registered 635 deaths, an astounding feat in comparison to the hellish death-tolls of neighbouring Colombia (over 26,000) and Brazil (over 145,000). Governments of regional right-wing countries including Chile, Bolivia and Ecuador are presiding over corruption scandals, COVID patients disappearing, medical staff remaining unpaid, bodies being thrown into mass graves, healthcare collapses because of IMF-imposed public sector cuts.  And while you amplify criticism of rates of salaries in Venezuela, let us ask how many Venezuelan people could receive a salary rise if the Bank of England returned the $1.3bn in gold it has stolen from them? You lament that 'almost 200 healthcare workers have died of Covid-19 since the pandemic began' yet Britain, the 6th largest economy has seen over 540 health worker deaths whilst the US, the biggest economy on the planet, has seen over 1000 health workers deaths. Honest reporting would recognise that, in the face of such adversity, Venezuela is coping with the pandemic much better than many other nations, mainly due to its commitment to universal free healthcare.

Your attack on Venezuela is impeccably timed, appearing just two months before the Venezuelan National Assembly election which the US and their man in Caracas, the increasingly unpopular Juan Guaido are already preparing to undermine as illegitimate. But in spite of the continued media war erasing them from the narrative, grassroots organisations continue to work alongside the government and healthcare workers in the fight against COVID and in the struggle against the illegal sanctions and economic war.