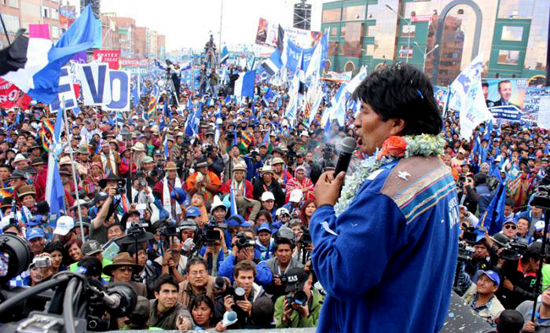 After months of political persecution and delayed elections Bolivia's coup regime has still found itself lagging behind the Movement for Socialism (MAS) in the election polls. You have not covered this- nor the continuing atrocious human rights abuses committed by the coup regime- in your online publications, and on the rare occasion you have covered Bolivia this year you still refuse to call the violent, fascist US-backed coup that overthrew democratically elected President Evo Morales of MAS what it was- a coup. However you did find the time to write an article on Morales being accused of rape, in a suspiciously well-timed publication appearing just two months before the general election is due to take place. It came to light two days after the publication of your article that the young woman who accused Morales subsequently visited the Bolivian Human Rights Ombudsman to alert them that she was terrorised, assaulted and forced to lie about a relationship with Morales by police who threatened her life if she refused. Five days since that admission and you have yet to print a redaction or update the article in line with the latest evidence. Interestingly the original news source for the accusation did not come from within Bolivia, but from the far-right Spanish magazine Okdiario and later picked up by the BBC. When will a redaction or update be printed?

It appears that the BBC is playing its role as Britain's imperialist mouthpiece very well in giving voice to spurious allegations intent on undermining democratic processes.