Published on 10 January 2018 by teleSUR English 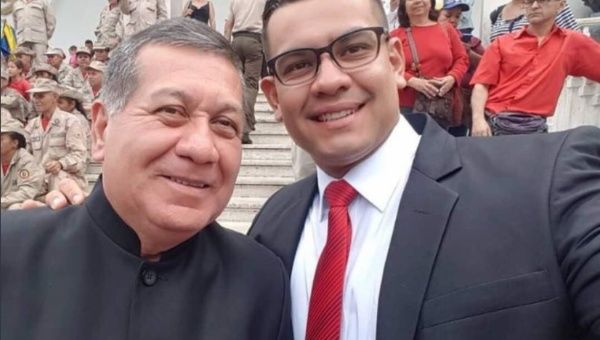 Tomas Lucena, a legislator from Trujillo, was shot dead by armed assailants while driving his car in Trujillo's capital on Wednesday afternoon.

A member of Venezuela's National Constituent Assembly (ANC), 31-year-old Tomas Lucena, has been shot dead on the street by armed assailants in Valera, the capital of Trujillo.

The assassination was immediately denounced by ANC President Delcy Rodriguez on Twitter: "The people responsible for this terrible crime will be punished! Fly high, Tomas. Nothing will stop the Constituent Assembly and its defense of Venezuela."

She also expressed her sympathy for Lucena's surviving parents, wife, children and friends.

Mayra Linares, a local journalist, reported that Lucena was gunned down while driving his car at about 1pm. He was shot at least three times by assailants in an unmarked vehicle.

Henry Rangel Silva, Trujillo's governor, said Lucena was taken to hospital but died of his injuries. "We categorically condem the assassination of the young constituent from the Escuque municipality Tomas Lucena," he said.

Lucena, from the Escuque municipality, was formerly a youth leader from the United Socialist Party of Venezuela (PSUV) in his community.