Published on 9 January 2018 by Venezuelaanalysis 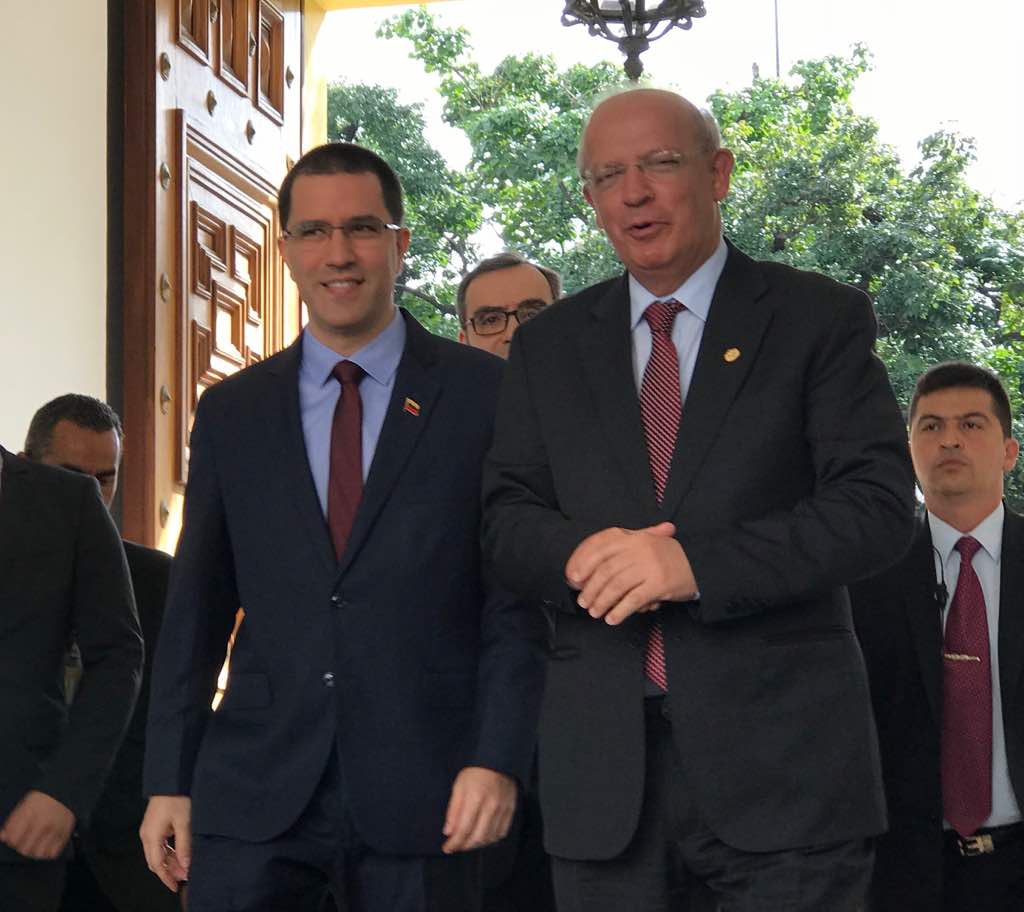 Venezuelan and Portugal ratified 22 cooperation agreements following a series of high-profile bilateral meeting in Caracas on Monday. The talks were attended by the Portuguese minister of international business, foreign ministers from both countries, Venezuelan President Nicolas Maduro, as well as other cabinet ministers.

According to the Venezuelan government, the new deals are directed at contributing to “the development of strategic areas like oil, infrastructure, electrical energy supply, university education, science, technology, healthcare and food”.

The approval of the agreements comes as Venezuela enters its fourth year of severe economic crisis, characterised by quadruple-digit inflation, the devaluation of its national currency and the deterioration of national public services.

Referencing the country’s financial difficulties and the impact of US sanctions imposed last year, Venezuelan Foreign Minister Jorge Arreaza said that Portugal had been a “fundamental ally” in the face of the “economic siege that the United States has waged against Venezuela”.

“Thanks to Portugal we have found ways to meet our commitments,” he said.

Arreaza suggested that a number of “important investments and projects are on their way” as a result of cooperation between the two countries and that these initiatives would help to secure Venezuela’s “economic recovery”. In particular, Arreaza said that Portugal had pledged to back Venezuela’s efforts to launch its own state cryptocurrency, known as the Petro.

In addition, the Venezuelan diplomat underscored Portugal’s continuing participation in the Venezuelan economy, specifically the role of Portuguese construction companies in helping to build two million homes as part of the government’s “Great Venezuelan Housing Mission”. He promised Portuguese companies that the national government would guarantee “financial security” for their investments in Venezuela.

Barboza, who is a legislator for the New Era Party (UNT), said the meeting was “proof” that Portugal and the European Union viewed the opposition-held National Assembly as the legitimate “representative of the Venezuelan people”.

The leadership of the National Assembly and the opposition coalition known as the Roundtable of Democratic Unity (MUD) have attempted on several occasions to unseat President Maduro as part of an ongoing stand-off between the legislative and executive powers that began in December 2015.

Nonetheless, following his meeting with Barboza Monday, the Portuguese foreign minister said that his government supported “free and fair” presidential elections later this year, as well as recent attempts at dialogue to “stabilise the social and political situation”.

In December, spokespeople for the Venezuelan government and the opposition informed the public that they would proceed to a third round of talks in a bid to overcome Venezuela’s political and economic crisis. Though all prior attempts at dialogue have failed, leading political figures facilitating the latest talks, including Dominican Foreign Minister Miguel Vargas and former Spanish Prime Minister Jose Rodriguez Zapatero, have expressed optimism over the development of the dialogue to date.

Tuesday’s bilateral meeting comes on the heels of friction between the Venezuelan government and its Portuguese counterpart in late December, when President Maduro accused Portugal of sabotaging a shipment of ham earmarked for distribution to citizens over the holiday period.