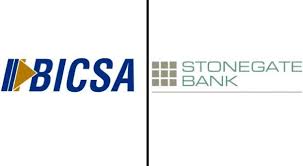 Established was an understanding on correspondence, a standard practice between banks to facilitate transactions.

Sources noted that, in this specific case, existing restrictions imposed by the U.S. blockade must be taken into consideration.

Stonegate CEO Dave Seleski, described the event as the first important financial accord to be signed since the reestablishment of diplomatic relations between Cuba and the U.S. on July 20.

The executive explained that the agreement with Bicsa will facilitate transactions for U.S. companies doing business in Cuba, given that the correspondent accounts will allow for international operations, including the transfer of funds between clients.

Stonegate, founded in 2005, has 21 branches in the state of Florida, while Bicsa was created in 1993, and currently maintains correspondent relations with 600 agencies around the world.